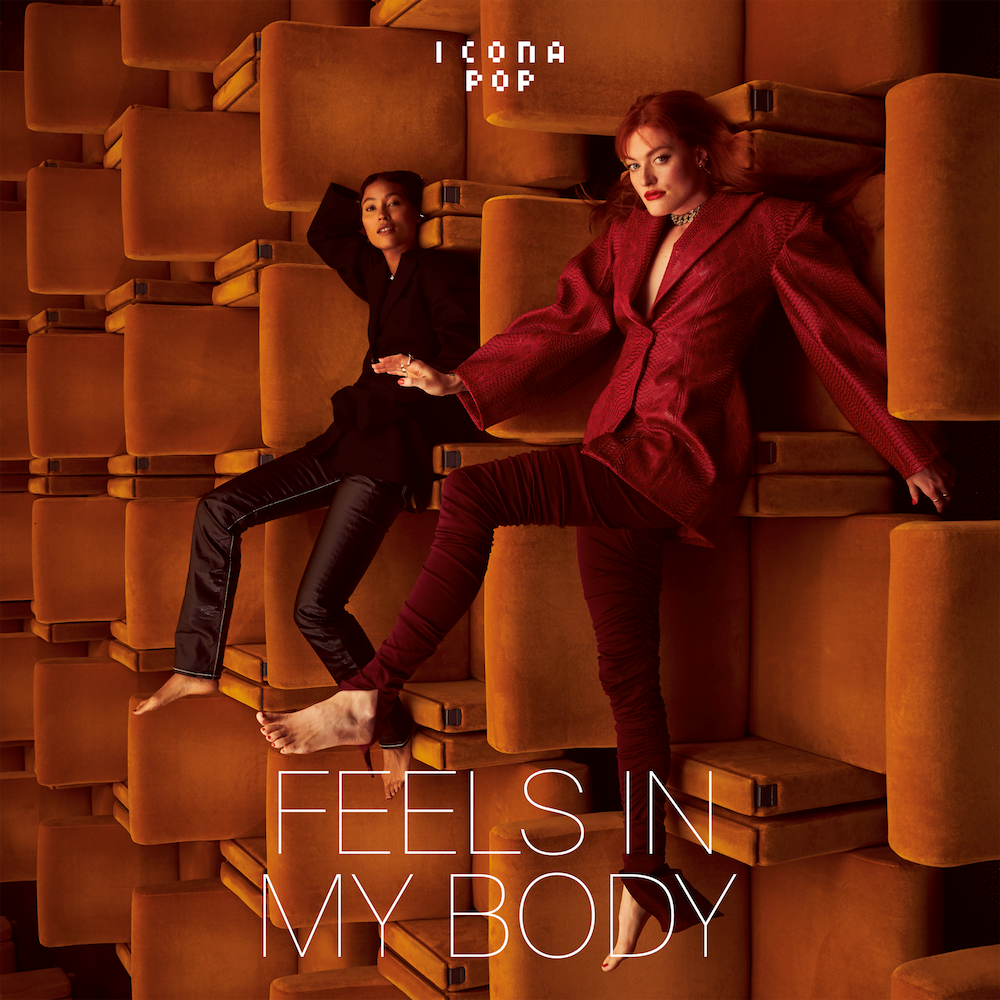 Global chart-topping duo Icona Pop are back following their 2020 smash collaborations with heavyweights Steve Aoki and Hayden James, this time with another banger called “Feels In My Body,” which is out now via RECORD COMPANY TEN/ULTRA Music.

Speaking about their new feel good-summer jam, Icona Pop’s Caroline Hjelt and Aino Jawo reveal, “Feels In My Body is all about hitting your peak, being so full of energy that you want to burst and share it with everyone around you.”

Listen to “Feels In My Body” HERE.

“Feels In The Body” follows two massive collaborations this year for Icona Pop, including “Right Time,” with Australian producer and songwriter Hayden James, which Rolling Stone said “captures the feeling of the dance floor during this time of isolation,” and “I Love My Friends,” the lead single off Steve Aoki’s recent album, Neon Future IV.

Swedish chart-topping duo Icona Pop continue to slay since their 2013 full-length debut, This Is… Icona Pop, which garnered critical acclaim from the likes of Pitchfork and Rolling Stone as the duo performed on The Tonight Show Starring JimmyFallon, The Today Show, Good Morning America, and America’s Got Talent in addition to featuring on the iconic HBO series Girls and a popular Saturday Night Live sketch. They canvased the globe on sold out tours with Miley Cyrus, Katy Perry, and One Direction and joined Tiësto for the banger “Let’s Go” in 2014. Along the way, the duo has performed alongside everyone from Avicii to The Chainsmokers as well as gracing the stages of Ultra,Tomorrowland, Mark Ronson’s Club Heartbreak, and more. Since then, they have consistently filled the gap in music when it comes to upbeat, carefree, quality dance-pop.

Last year, the girls DJ’d across Europe, Asia and North America as well as released a string of bangers including their Yves V and Afrojack  collaboration for “We Got That Cool.”

In addition, IconaPop continued their message of inclusivity, self-acceptance and positivity on the road for their WorldPride tour, culminating with a show-stopping performance at Stockholm Pride that included a special appearance from Sporty Spice herself, Melanie C.