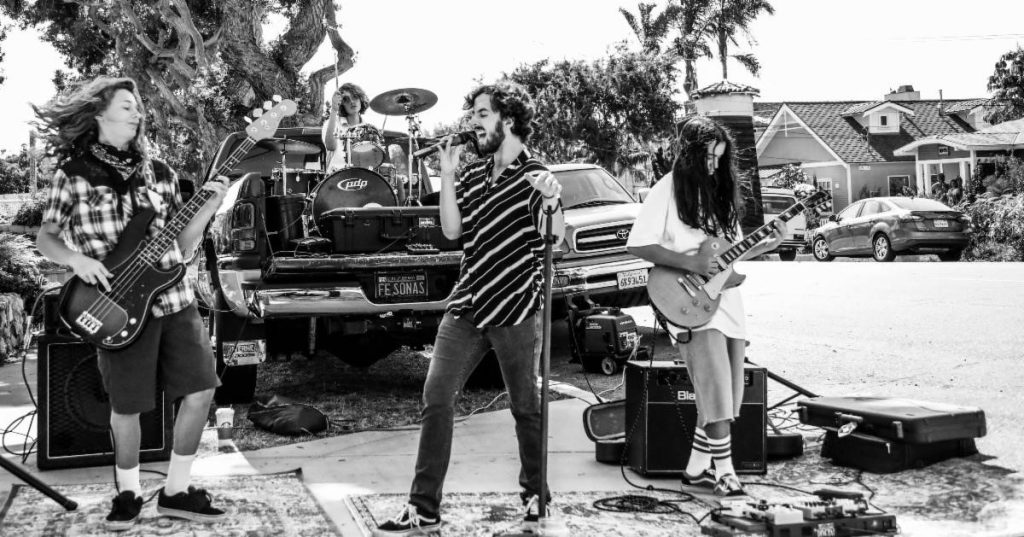 As a global pandemic has affected the music industry as a whole, Southern California rock band X Wire are playing a live virtual show to raise awareness and money for the National Independent Venue Association (NIVA) to secure financial support to preserve the national ecosystem of independent venues and promoters. #SaveOurStages

X Wire will stream a live 15-minute self-contained pop-up show from the back of their Ram truck, near the recently closed Southern California venue Saint Rocke, located in Hermosa Beach. They, like everyone else, saw that the venue was for sale (pandemic related), and knew that this was their way of helping to raise awareness.

Tune in to the band’s Facebook HERE and Instagram HERE to watch, and donate, and throw a few bucks in the tip jar. The band also recently set up a GoFundMe page where people can donate as well.

Funds are used to support local venues that are struggling during the pandemic. With the closure of live venues beginning in mid-March, venues are just trying to pay their rent so they do not get evicted.

Independent music venues are critical to our local economies and tax bases as employers, tourism destinations, and revenue generators for neighboring businesses such as restaurants, hotels, and retail. Independent venues exist in every state across the country. They were the first to be closed, and they will be the last to open. The economic recovery process will extend past just reopening the front doors, requiring solutions unique to the industry.

“We need to rally around these businesses so that when we reopen, we will

have places to play and be entertained,” said the band. “We need to ensure our venues are here for people. As a young teen band, we need places to play, and small, local clubs are it. For us, it’s like a baseball, soccer or football field. These venues are a safe place for artists to perform, especially as an underage band. Let’s help keep us off the streets and help keep our ‘playgrounds’ in business!”

X Wire is composed of four dedicated, talented and exceptionally energetic young musicians based out of the South Bay. Lead singer Bryce Kelly (17), guitarist Liam Eastwood (17), bassist Julian Bailey (16) and drummer Dax Corcoran (16) met through friends of friends and have been performing over the last few years.

Due to the pandemic, the band lost important shows, such as playing LA Live before a Los Angeles Kings hockey game (a prize for winning BOB), and decided a few months ago that they needed to get out and play to cheer people up. With social distancing in mind, they came up with the “JAM in the RAM” concept where they play outside and encourage everyone watching to wear a mask. The band loads up a Dodge Ram truck with gear such as amps, mics, drum kit, cords and a generator, creating a mobile stage where the band rolls up and plays. The idea was to show up at friends’ houses in the South Bay, do a quick, 15-minute show, and move on to the next place.

Last fall, the band played a Redondo Beach Police Department fundraising gig and had the pleasure of meeting Allen Sanford, owner of Saint Rocke and creator of BeachLife Festival, who posed for a picture and encouraged the kids to keep on playing.

X Wire have been playing their instruments in various bands since grade school, and have experienced success by winning local Battle of the Bands competitions such as the Redondo Beach PD Battle of the Bands (BOB), Manhattan Beach Hometown Fair BOB and the Vans Warped Tour BOB, with other bands they have been in.

Learn more and stay in touch at https://xwireband.com/.