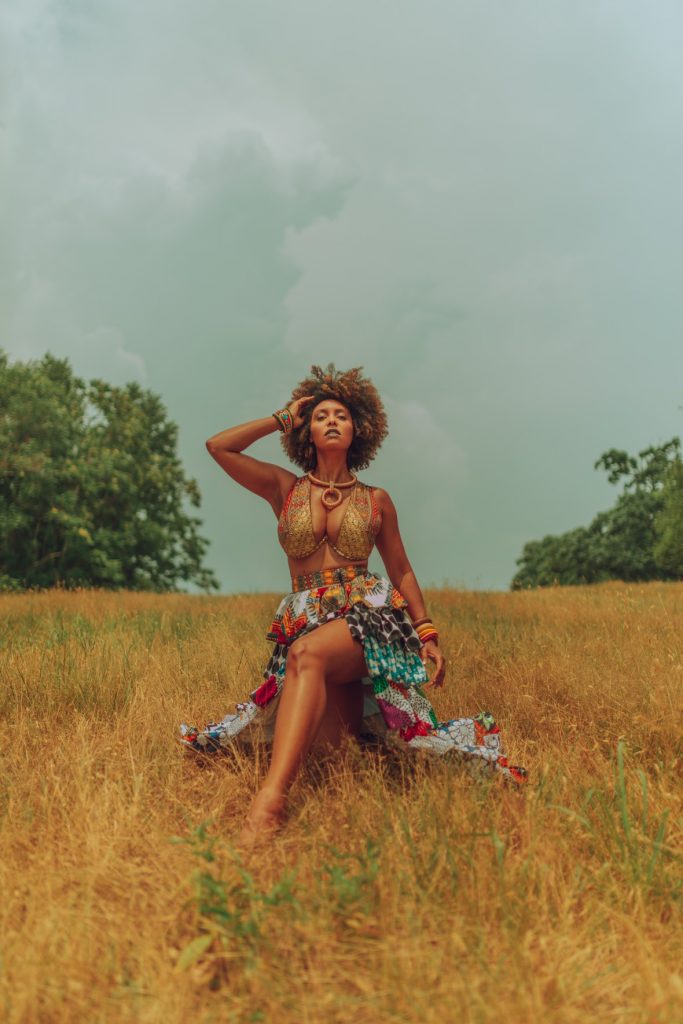 Popular touring vocalist Jessie Wagner (Lenny Kravitz, Chic, Duran Duran, Little Steven and the Disciples of Soul) and frontwoman for NYC rock/soul band Army of the Underdog is stepping out into the forefront with her stunning debut solo album, ‘Shoes Droppin,’ set for release on October 9th via Wicked Cool Records.

Of the diverse 11-track album (which she co-wrote mostly with the various musicians who play on them), Jessie says, “It’s exciting to stand alone and see if anyone connects with (it). I’ve had some of these songs with me for years, but I was always waiting for the right time to put them out. It’s scary, because this is my voice, my words, just me. It was cathartic to get out some of that anger and sadness, but there’s also the presence of faith that it will all get better.”

Regarding the new single “End Of Time,” Jessie explains, “This is just pure bubblegum fun! This song is about finding the perfect person and wanting to just love and be loved by that person for the rest of your life.”

Stream the single on all streaming platforms here: orcd.co/end-of-time.

After logging thousands of miles as an in-demand vocalist on tour with Lenny Kravitz, Chic, Duran Duran, Kid Rock and most recently Little Steven and The Disciples Of Soul, Jessie Wagner reveals a very personal collection of songs with Shoes Droppin’, her debut solo album for Wicked Cool Records releasing October 9, 2020.

“’Shoes Droppin’’ was the song I wrote when I was at my lowest point,” Jessie says of the stomping, bluesy title track which opens the album. “My ex went into cardiac arrest and almost died. He spent the next couple of years fighting to regain a semblance of his former existence, and because of that, my life was arrested in a strange way. I thought I’d have to give up my music career. I fought my way back from that, and ‘Shoes Droppin’’ is a testament to losing and regaining your faith in what is possible.”

Wagner never expected singing in Stevie Van Zandt’s band would lead to being signed to his label for her own work. “When Stevie said he thought I was a real artist, I could’ve cried.” Jessie recalls. “After fighting to be heard in this industry for so long, it means so much for someone of his stature to say your voice is unique and needs to be heard.” Stevie says, “Her music is eclectic and unique and impossible to categorize, which makes her the perfect Wicked Cool artist.”

“I started the year with a record deal, and then shortly after, the world fell apart in so many ways,” Jessie comments on the COVID-19 pandemic. “I’m happy that I have this album to look forward to. It gives me some purpose and determination.

After singing for so many legends, it was a special treat to arrange and sing both leads and harmonies for herself. “That’s something I love doing. After talking to Dave [Diamond] about how I thought ‘What You Get’ sounded like a Paul Simon song, I asked a friend how to say ‘This is me’ in Swahili and it sounded so beautiful. Then I had to figure out how to sing it and make it fit with the song.”

The sassy soul of “Over And Over” already conquered satellite radio, to be followed in August by the girl group vibes of “End Of Time.” “Jorgen Kjaer sent me a piano idea and it made me want to write an Amy Winehouse type song.”

Future single “My Darlin’, My Dear” has a slow burn kind of feel. “I had Sharon Jones & The Dap-Kings in mind. It was this person begging to be recognized for her worth, and it needed to be bluesy and gritty.” Another projected single, “Passin’ Me By,” is propelled by those crucial Manion-arranged horns.

Pandemic conditions upended Jessie’s plans to tour on her own name this year. “That will be the dream realized,” Jessie says of the day when that will happen. In the meantime she’s doing live streaming shows and putting together several music videos and lyric videos within the constraints of social distancing. The latest Wicked Cool release distributed by The Orchard, Shoes Droppin’ is the next gem from the label whose 2020 slate also includes new music from Jesse Malin, WYLDLIFE, Ryan Hamilton & The Harlequin Ghosts, The Empty Hearts and Kurt Baker.