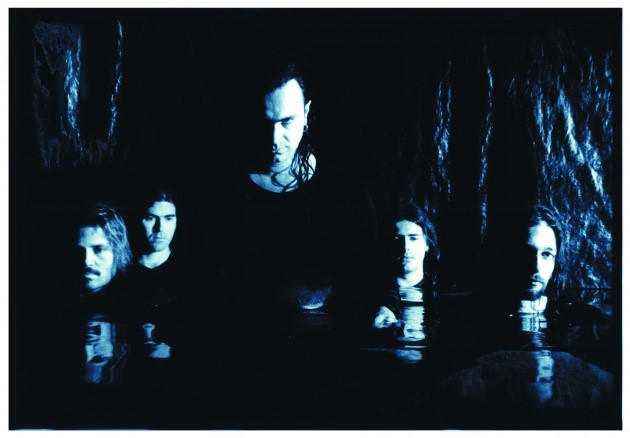 Influenced by industrial elements of the nineties, this full-length release from the Portuguese pioneers captivates with down-tuned guitars, an electronic veil of ghostly synths and the concept of the scientific chaos theory, proclaiming that even the smallest events in life can lead to tremendous consequences.

With The Butterfly Effect, MOONSPELL delivered some of the most courageous and exploratory songs of their career. Finally available again as LP Gatefold, digipak and even cassette tape formats, The Butterfly Effect will be re-released on August 7, 2020 via Napalm Records. In addition, this reissue will include two new remixes, a completely re-designed cover and layout artwork, as well as an exclusive excerpt from the Butterfly FX chapter of the band’s official biography, “Wolves Who Were Men”!

On the occasion of the much anticipated re-release of MOONSPELL’s 1999 divisive masterpiece The Butterfly Effect, Fernando Ribeiro, the band’s lead singer, sat down to rewatch the title track video (directed by Andreas Marschall) and to guide us through the video making of, song visual meaning and the interesting ties with today’s state of the pandemic world.

The re-release of The Butterfly Effect, a must-have reissue of the year – and one that belongs in every carefully-curated MOONSPELL record collection – is available at THIS LOCATION!