More Of An Odour – STINKY 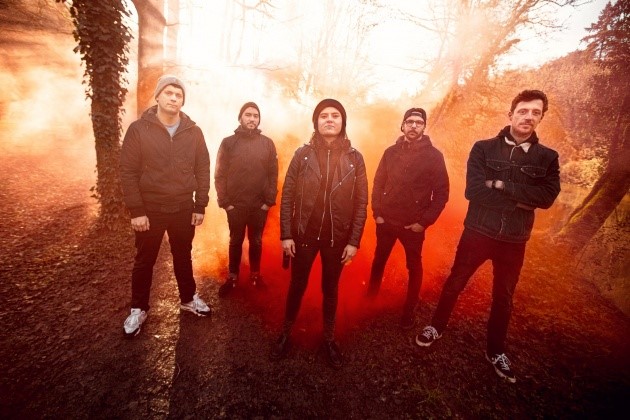 The French band STINKY – praised by Outburn for its “solid melodic hardcore/punk that employs notes of Sick Of It All, Parkway Drive and Comeback Kid” – has released a music video for “Rough Diamond (Unplugged),” the closing track on the group’s recently-released third album (and M-Theory Audio debut) “Of Lost Things.”

The original version of “Rough Diamond” appears on the group’s acclaimed 2017 release “From Dead-End Street,” which the group supported with extensive touring throughout Europe alongside the likes of Terror, Walls of Jericho and Millencolin. According to the band, “This is our first acoustic piece that we’ve ever recorded, and it’s a real achievement for us. We’ve wanted to record one of our songs as an acoustic version for years, and this time, we found a way to do it. After working on the acoustic arrangement, we wanted to give it more substance, so we invited our good friend Eddy Kaiser, who leads a dark/folk solo project, to collaborate with us on the song.”

While STINKY‘s plans to tour in support of “Of Lost Things” have been postponed indefinitely, the group recently returned to the stage as part of noted French metal festival Hellfest’s “Hellfest From Home” livestream. The band’s performance can be viewed at THIS LOCATION

Says the band, “We were really happy to be invited to perform on an event of this scale, even though playing a show in front of video cameras with basically no audience is kind of a strange experience. We’re thrilled about the amount of positive feedback we’ve received, and we’d like to thank every single person who watched the event and who are still watching it right now. A big shout-out to Arte Concert and Hellfest for putting their trust in us.”

“Of Lost Things” – which was recorded in part by Fabien Guilloteau (Hacride, The Necromancers) and features cover artwork by Emy Rojas (Clutch, Ministry, Queens of the Stone Age) – features 11 tracks of metallic hardcore that the UK’s Down For Life magazine praised for its “monstrous anthems and full-on bangers.” In recent weeks, STINKY has unveiled music videos for three of the album’s blistering tracks – “Revival Fire,” which features footage of the band performing live at last year’s Hellfest; “Strangers With Familiar Faces,” which originally premiered via Germany’s Visions Magazine; and “Distance,” which was unveiled via New Noise Magazine and quickly added to Spotify’s New Punk Tracks and All The Rage playlists.

The initial orange splatter vinyl pressing of “Of Lost Things” is already a collector’s item thanks to an overwhelming response via the band’s Bandcamp page. While a limited number of copies are still available online and at select record shops around the world, the band recently introduced a new vinyl pressing – a limited-edition orange-and-black variant that is currently available exclusively on the band’s Bandcamp page www.stinkyhc.bandcamp.com

Since their formation a decade ago, STINKY has played more than 350 concerts across 15 different countries in support of their first two albums, 2015’s “Against Wind and Tide” and 2017’s “From Dead-End Street.” While the band’s name might seem curious to some, their music – a combustible mix of energy and aggression that the UK’s Midlands Metalheads Radio says “makes you feel like you can headbutt through a brick wall” – unquestionably passes the smell test.