Mixing It Up – FUR 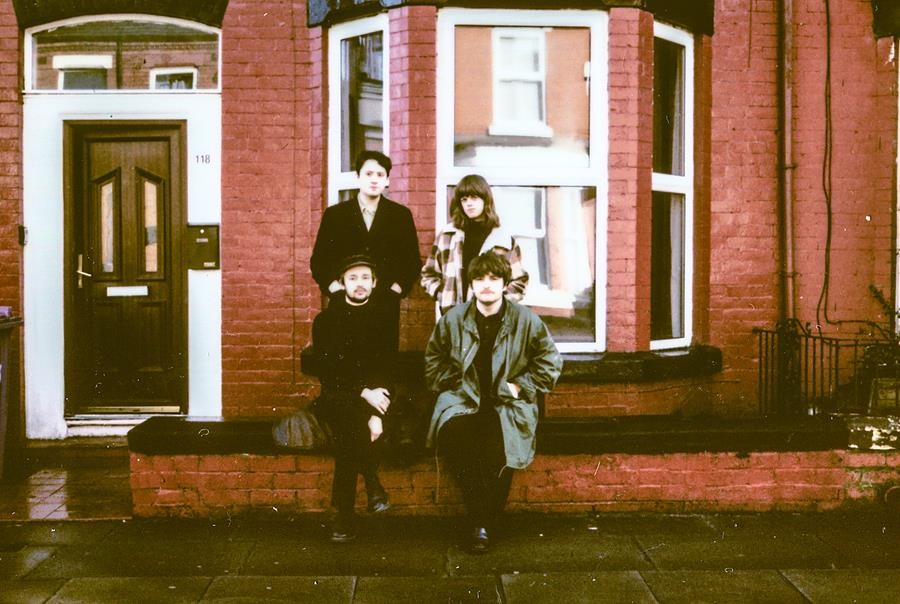 Following a breakthrough 2019 for the band, Brighton’s FUR have been studiously working since the turn of the year on a host of new material.

With their pre-pandemic, James Skelly-produced single “Grow Up” released just last month, FUR today show no signs of slowing down and today announce the release of a new 7-track offering, the “Facing Home Mixtape”.  Self-recorded by the band themselves, it features more of the perfect pop FUR are increasingly becoming renowned for, and shows that writer’s block is certainly no concern in the FUR camp.

Frontman and main songwriter Murray explains how it came about:

“Part-written, but then fully recorded during lock-down, the mixtape is by far the most honest thing we have offered. No one else’s input besides ours, 7 tracks each giving their own angle on the FUR sound.

Themes of isolation started to show in the songs written before anyone knew we were facing an isolated lock-down, so it feels like the perfect time to be releasing something like this. Being forced to reflect on the past and tackle some personal struggles means the songs are more reflective and true to life than some of our previous releases.

It feels like we came into our own during the process of making this.
No label or people getting their intentions in the way, we just had so much music being written and we were proud of, we needed to let people hear it and we weren’t gonna wait around until we could get into a studio.

It’s given us the confidence to want to produce the album ourselves and it’s the perfect end-step for us to show people what we are capable of and what we are all about. The songwriting is better than it has ever been and things are only getting better from here.”

The band played London’s Scala last year as part of their biggest headline tour yet and have been writing towards a debut album since. The huge viral success of their music – their early single “If You Know That I’m Lonely” has nearly 30 million plays between Spotify and YouTube – has rightly positioned them as one of the most hotly-tipped bands in the country.

Their self-titled EP was released last year on taste-maker label Nice Swan Records (Pip Blom, Sports Team, Courting) and was described by DIY as “a pure, twinkle-eyed joy from start to finish.”

FUR will also hit the following venues on their 2021 UK tour. 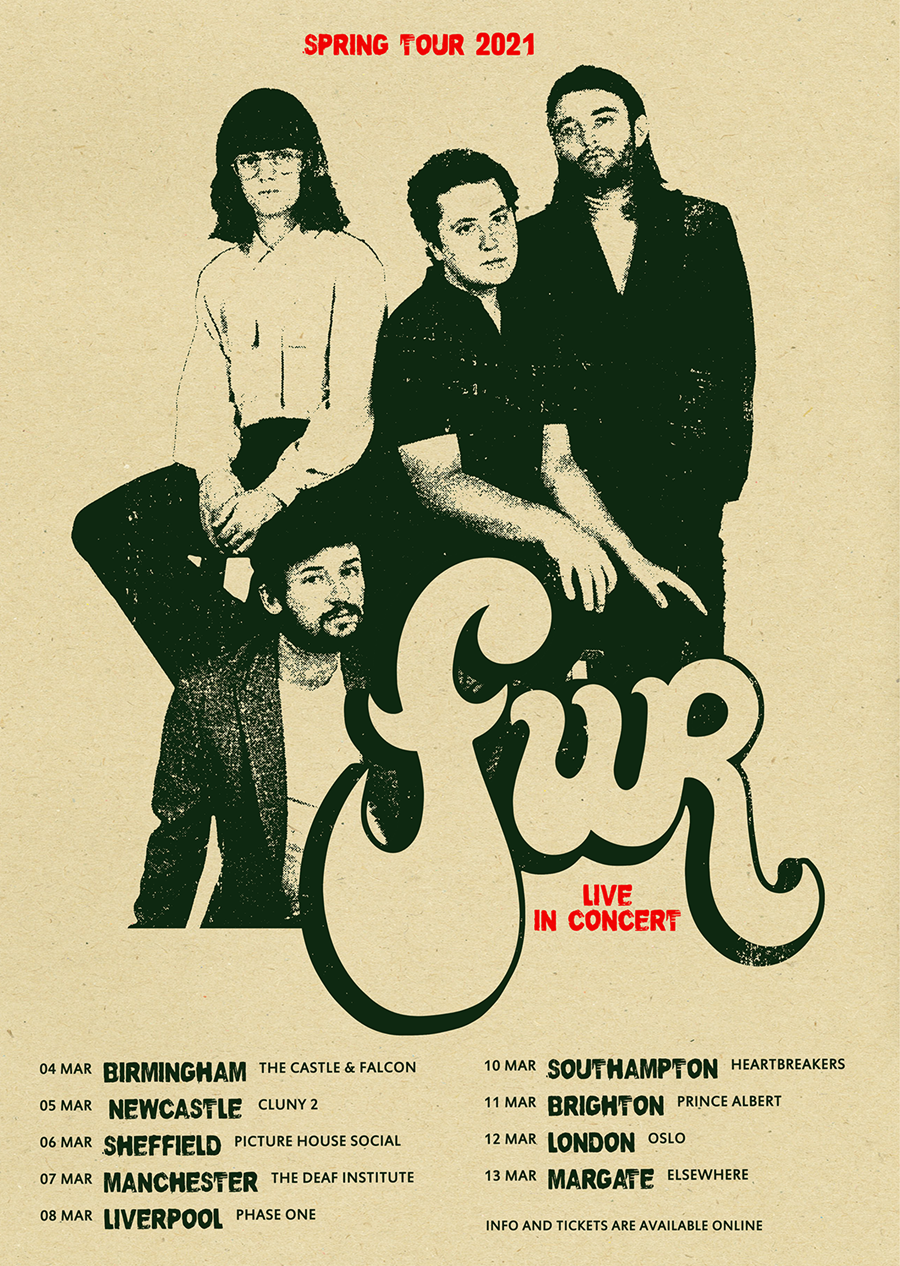 In the modern world of streaming-dominated music consumption, there are a few standard ways that artists tend to rack up the numbers. They’re either signed to a major label, who have the leverage and cash to get them all up in people’s eye-lines, they’ve managed to nab a lucrative top spot on a New Music Friday playlist, or they’ve made friends with Hugh Jackman and wound up on the still omnipotent soundtrack for ‘The Greatest Showman’. Rare, however, is the track that climbs into seven-figure streams just by virtue of being very good. And even rarer still is the occasion when that happens to a virtually unknown indie band.

‘If You Know That I’m Lonely’, the jangling, sepia-tinged and ’60s-inflected bop released by Brighton quartet FUR in the autumn of 2017, however, is currently sitting at nearly 15 million YouTube views.

It’s had no car commercial sync deals and no celebrity endorsement, and its aesthetically-pleasing, Wes Anderson-esque video literally cost “about £100 to make” – likely giving the track the most cost-effective money: stream ratio on the entire platform. “It 100% changed everything,” says singer Murray of the impact of the early track. “It’s not just people saying ‘cool video’ and sharing it; a lot of these people are buying our records and merch and have adopted us as their new favourite band.”

He’s not exaggerating, either. In the time since the release of the single, the band have traveled Europe, have imminent plans for their first US trip and, recently, headlined a 5,000-capacity event in Jakarta, Indonesia. “It was just a bit nuts; when we walked on it was quite overwhelming, but then we said just to treat it like any other show,” Murray recalls. “After the show, we were getting swamped by people. The reception was incredible,” continues bassist Tav. “If they like a band out there, [fans] give their whole life to it. It’s on a whole other level.”

Formed just over four years ago in the seaside town that the band – completed by drummer Flynn and new guitarist Josh – still call home, FUR might not have expected this rapid ascent, but their ambition and determination has been there ever since Day One, when Murray decided to hunt out university flatmates based purely on their ability to play an instrument.

Once he’d found the others, they began to pen tracks based equally in the ‘00s indie they’d grown up with and an increasing rekindled interest in the older music they’d always known from home. “It started off [influenced] by The Strokes and The Cribs, who are another band we all really adore. But as we kept on writing, I found myself really enjoying and being really good at tapping into that [other] place,” explains Murray. “So then it was a case of getting that balance where it doesn’t sound like a band from the ‘60s, it sounds like if a ’60s band were doing something modern.”

Following that first hit up with a string of singles and last year’s debut self-titled EP, what FUR have specialised in to date is this ability to mix the old and the new, to take a particularly nostalgic strain of lovelorn guitar music but make it sound fresh again. Now, with Josh joining Murray at the writing desk, there’s an even more potent balance going on at the band’s core. “Josh has more of a guitar-driven viewpoint and it’s not changed us, but there’s a new energy in the band; we’re really excited because it’s like a new side of us is coming out,” enthuses the singer. “There was one week of madness, a few months ago, when me and Josh were in Brighton and we pretty much stayed up for three days just recording and writing. We recorded tens of tracks, and it was just [compulsive]. I’d look up and be like, ‘Oh, 18 hours have gone by’. That was the first point that we’d done that together and it felt really good.”

The first output to feature the current line-up was last year’s single ‘Nothing Until Something’. “It was a step in the direction that some of the newer stuff lies, the perfect in between point of what we have done and what’s to come,” explains Murray.

Garnering acclaim from the likes of BBC 6 Music, DIY, Gigwise and So Young, alongside their notable worldly travels (the quartet returned to Asia at the end of last year to play on a bill with Billie Eilish, Noel Gallagher and more), next on their agenda for the band is to further crack the crowds on their home turf when it is safe for shows to return. “FUR here and FUR in Indonesia are like different bands. I find it quite humbling coming home and not being at that stage. You come back and say, alright, well how do we try and get that over here?” says Murray. “I quite like the fact that it makes you hungry and aware of the potential. It makes you want to work harder.”

Case in point: the band’s September tour, which saw them play their biggest UK headline shows to date, including a stop off at London’s Scala. “When we did the show at Omeara last Valentine’s Day, we got heart-shaped balloons and decorations, and people really said how memorable it was, so we wanted to do something special like that again,” enthuses the singer. “I think people often don’t make the effort to make a gig more than just going to watch a band, whereas I wanted it to be an experience.”

With a solid new line-up, a wealth of new material and an ever-increasing group of supporters on board to experience it with them, FUR are returning to build further impressive momentum. “When we all think back to where it started with ‘If You Know That I’m Lonely’, doing it on such a shoestring and seeing where we’ve got to now from that, it’s mad,” sums up Murray. 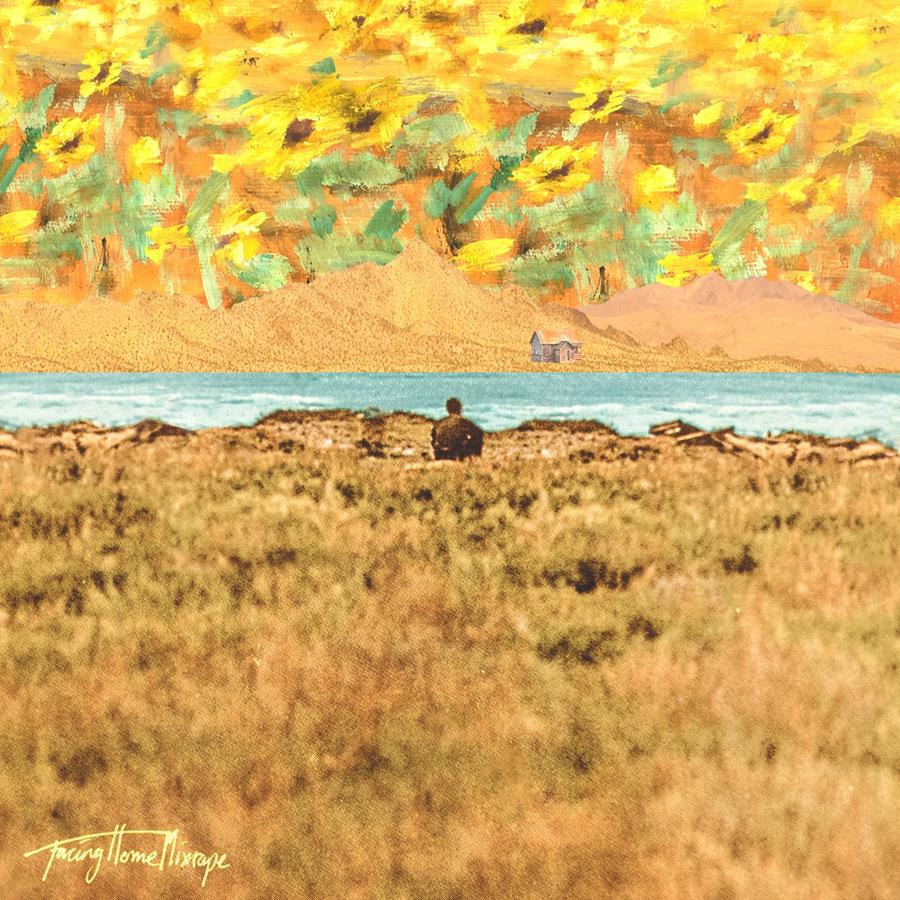