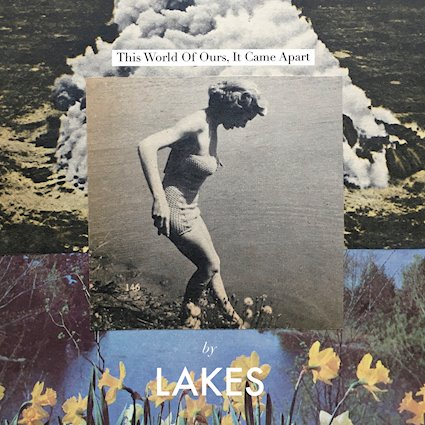 What began as drummer Matt Shaw’s acoustic demos back in 2017 quickly developed into a six-piece band, bonding over a love of artists like American Football, Minus The Bear and The Appleseed Cast.

The group has taken influence from mid-western emo, math-rock and alternative indie and combined those with Fleetwood Mac style dual-vocal pop melodies and twinkling glockenspiel to create their trademark “Glock-Rock” sound.

Earning their stripes in pubs and clubs of the Watford music scene, Lakes have been emboldened with a DIY attitude that was born from frustration of life on the peripheries of a capital city. The group’s fiercely independent attitude has led them to record all their own music, produce their own music videos and with families of their own – organise child-friendly matinee gigs in their hometown.

After self-releasing their first two EPs, Lakes joined The LP Cafe in the UK and Friend of Mine Records in Japan to release their debut full length album in August 2019 entitled “The Constance LP”. This led Washed Up Emo to label them “your new favourite band” and Punktastic to include them on their list of the most important bands of the next decade stating “it’s hard to look past their potential as future frontrunners of the UK emo scene. With nods to midwestern emo giants in American Football and Braid, Lakes create a truly unique take on the genre interlacing shimmering glockenspiels, beautiful harmonies and pop sensibilities in everything they do.”

The album was recorded entirely by drummer Matt Shaw in a spare room using a couple of mics and a PC over the space of a year. With no timing or financial restraints that would come from a proper studio, the band took their time crafting the songs and discovering their sound. This has resulted in a truly unique album, one that is completely holistic in its presentation with band members also taking control of photography, graphic design, web design and accompanying music videos.

This summer Lakes returns with This World Of Ours, It Came Apart, which will be released on July 24, 2020 via Know Hope Records in North America and The LP Cafe in the UK.