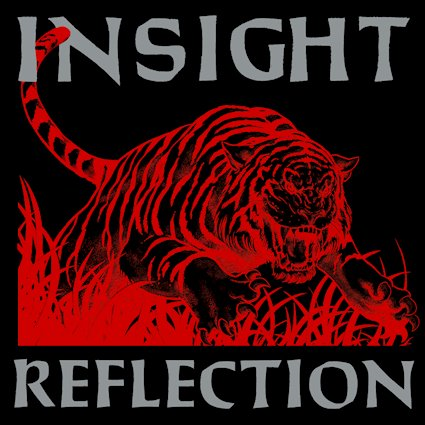 They were only around for a few years and this is a pretty extensive collection of their entire discography.

Originators of the Salt Lake City hardcore punk scene in the 80’s, INSIGHT is back showcasing their trademark crunching aggression with the release of Reflection – a career spanning discography.

INSIGHT was one of Victory Records’ first signed artists back in 1989, releasing the out-of-print EP What Will It Take the following year in addition to appearing on several compilation albums. Their passionate lyrics of drug-free ethics and animal rights consciousness set the stage for other bands to come. Fast forward 30 years later and those songs are seeing the light of day once again via Reflection. In addition to the EP and four new songs, Reflection features hard-to-find compilation tracks, and a 1989 live set from New Jersey while on tour supporting Social Distortion.

The extremities INSIGHT sought back in their early days has turned into an essential element of the band’s current existence. “Reflection, the title definitely says it all,” laments vocalist Mark Starr. “This album is a retrospect and a reflection to the history of INSIGHT. Most of those songs were written when we were teenagers back in the ’80s and still have meaning for those who supported us back then.” In 2019 the band penned four new songs, edging a more political stance. Starr adds, “The whole purpose of INSIGHT was to bring people together with positivity and strength. It’s a cliché but isn’t music about having a good time and getting what you can out of it?”

“Although this is a retrospective, but with our four new songs I hope it’s clear about how we feel about the current administration. I am very opposed to what is happening with our government but it’s safe to say most have felt that way for years. I also encourage living a meat-free cruelty-free lifestyle.”

“We decided to pick four tracks from old songs that we never got the chance to record, admits guitarist James Holder. “We reworked the music and decided to write lyrics that seemed relevant to what’s happening around us today. We also recorded 4 new tracks because we want people to know how important it was for us to return to Victory Records as the exact same band members as 1989. We’ve remained friends for 30 years and still play music together.”

“The music we created is like a broad sword to the neck.  We wanted this record to remind people it’s OK to rock out. Working with Andy Patterson was like a big hug from grandma – flabby arms and all!”