What’s Not To Love – Tim Dugger 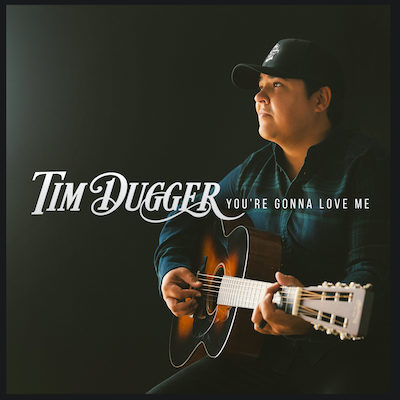 Tim Dugger has shared a new behind-the-scenes look at the making of his latest video ‘You’re Gonna Love Me‘, taken from his debut EP Signs Of A Good Time, out now on MCC/Curb Records.

In both the song and video, the Alabama native sets out to portray a true and authentic example of who he is as a person, explaining: “The video really tells our story. I had my wife in it, I had a lot of parts of who I am — my old hats and flags and old guitars I’ve had for years, so I’m really happy with how it came out and I’ve enjoyed the feedback.”

Tim Dugger grew up on NASCAR racing, Gospel singing and classic country music. He developed a genuine love for songwriting and storytelling during summers spent at his local music store jamming with bluegrass pickers. After being introduced to former NASCAR driver and team owner Richard Childress, Dugger was off to the races, playing his original songs at nearly every major track in America. Along the way, he cultivated an unapologetic artistic identity, rooted in the music of his childhood idols like Merle Haggard, Vern Gosdin, Hank Williams, and Alan Jackson. With over 3.5m career streams to date, Dugger’s six-song Signs Of A Good Time EP is out now, produced by Dan Huff protégé Brandon Hood.