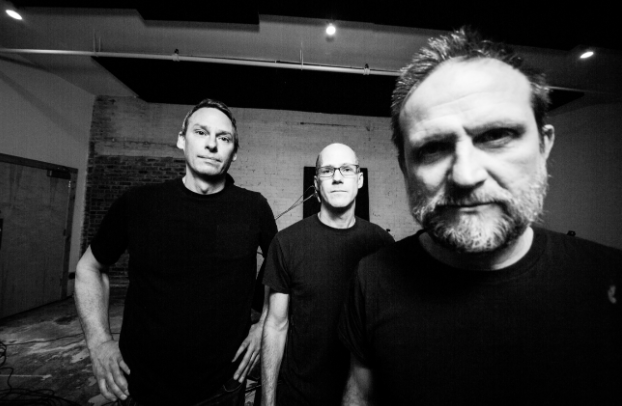 Of the politically-charged track and video, frontman Scott Hobart shares, “As a middle-aged, white, midwestern guy writing songs, I’ve generally left ‘protest’ lyrics of any real political or religious specificity to the professionals. What do I really have to say that isn’t already being voiced more eloquently by sharper folks? Or maybe I just didn’t have the balls. But, as the ignorance and arrogance of the Trump era woke me to new, more dangerous levels of reckless absurdity every day, I finally reached the point – maybe the obligation – that I needed to express my frustration in some way, if only for myself. I like metaphors because I think they let language do more work as they encourage more engagement on the part of the listener, so I didn’t feel the need to name names in the song. I guess it’s about politics AS religion and the frenzied futility of human beings telling themselves they have it together in the face of the unfathomable universe. Thanks for listening!”

“Russian Racehorse” appears on the band’s latest full-length ‘Prefabylon’ (their first in 23 years). The band also recently released a 2 song EP, which consists of “The Streets and “Featureless Horizon,” two songs that were originally recorded in 2017, a few years before ‘Prefabylon’ was released last December.

In the midwest in the early nineties, three musicians serendipitously found one another and began to power a sound. This sonic synergy charged not only the band’s own individually-heralded releases but would also influence decades of artists-to-come who would cut their rock-n-roll teeth on Giants Chair records. After years of writing and recording, after innumerable sweaty basement shows, after thousands of miles of highway blur, and a million fragmented memories, lives progressed, and the fire that fueled Giants Chair gave way to new responsibilities — but it never went out.

In the fall of 1989, Scott Hobart (guitar, lyrics, vocals) and Byron Collum (bass) both arrived to attend the Kansas City Art Institute. After a catalytic connection and several early band iterations in Kansas City, Hobart and Collum opted for a move to Collum’s hometown of Green Bay, WI in the winter of 1993 to play with drummer Paul Ackerman. The trio relocated back to Kansas City the following spring as Giants Chair with their debut 7” Hot Boy on Caulfield Records. Soon after the band assembled enough songs to record their first full-length album, Red and Clear, a cryptic epic – it was equal parts raw and refined. While many of the band’s peers trended toward post-rock deconstruction in the following years, Giants Chair returned with Purity and Control, the record that solidified the band’s signature balance of tight rhythms and forward melodies — deceptively simple hooks that collide with lush and layered sonic force. For more than two decades now these records have lived on turntables, blasted through car speakers, rattled apartment walls, destroyed headphones, and have finally become recognized as the timeless artifacts of emotional experience and endeavor that they are for so many people. Yes, for many, each Giants Chair release serves as a time machine that can instantly transport them back to an earlier memory — a soundtrack for their wobbly path toward adulthood. As decades decay, the path remains, and it is no less mysterious for any of us. 2019 marked the return of Giants Chair with the release of the band’s new album on Spartan Records, Prefabylon. …and a soundtrack continues.