Churning Out A Hymn – IDLES 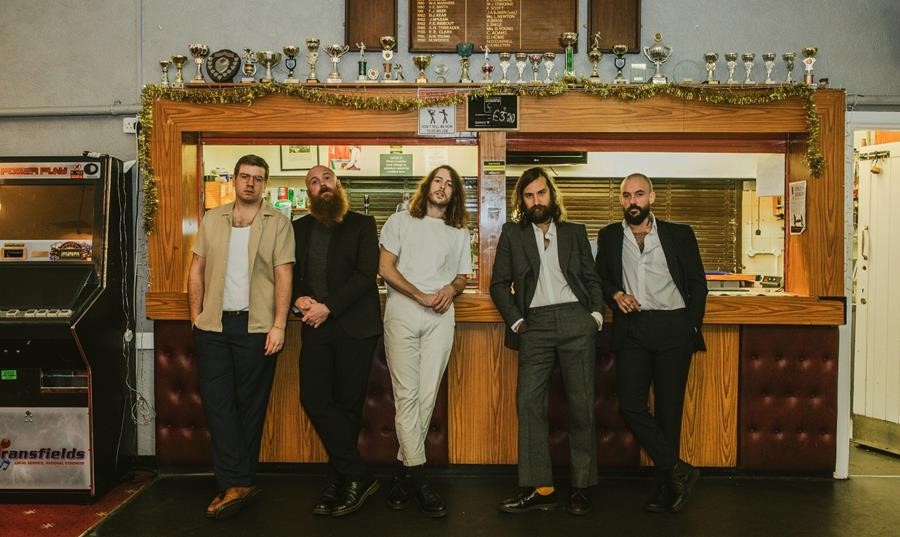 IDLES have shared a new song “A Hymn” – the emotional centrepiece off the Bristol band’s forthcoming LP, ‘Ultra Mono’ (out Sept 25th via Partisan).

The accompanying music video features the band driving with their parents through their hometown streets to the shops, providing a grey window into suburban English life that matches the song’s heavyhearted churn.

Listen/watch below share:
IDLES – “A Hymn” (dir. by Ryan Gander)

Frontman Joe Talbot says of the song: “‘A Hymn’ is a hymn that rejoices in the sinister flesh-eating virus of the pedestrian. It sings the tune of normal’s teeth sinking into your neck as you sleep stood up with your eyes open. Amen.” “A Hymn” follows the release of other ‘Ultra Mono’ highlights “Mr. Motivator” and “Grounds,” the latter of which earned a spotlight in the NY Times (“What’s a British post-punk band to do at a moment of black American protest that has spread worldwide? Slam and declare solidarity.”)

Ahead of release, IDLES will host a series of three live performances from an iconic studio space (to be named later) on Aug 29 & 30, which will be professionally recorded, filmed, and livestreamed. Tickets on sale now, more info and link to purchase HERE.