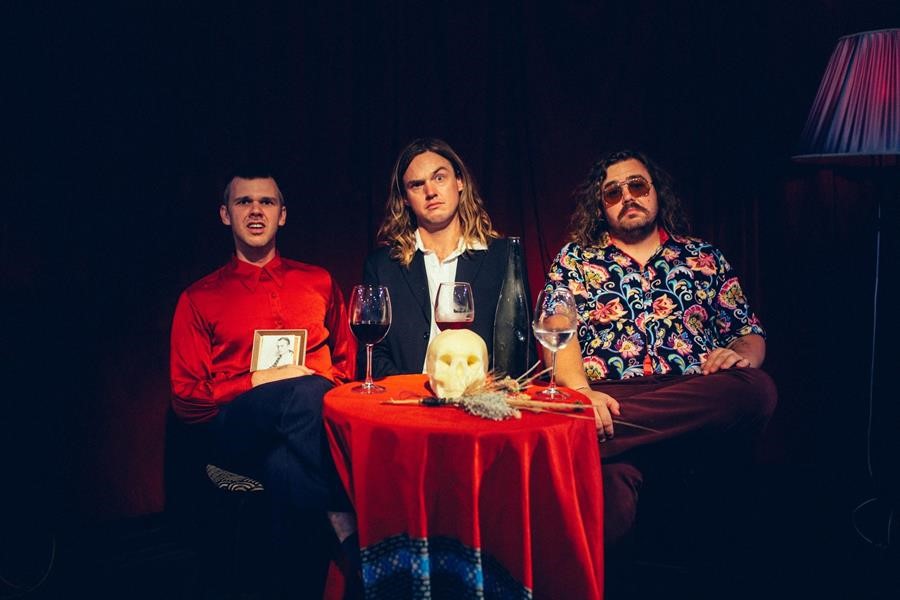 The third studio album from the musical Andy Kaufman-like cult figure and his disruptive backing band Dog Act will be released on Friday, September 18th via Spinning Top Records. The news is paired with the release of new single Whyalla, a guttural six-and-a-half minute jam that pushes and pulls across the beaten track until there’s nothing left to give.

Whyalla is simultaneously a love letter and a cursing damnation of rural Australia. Its spoken-word bridge lays down tall tales about some of its most notable legends, while the chorus draws you in like a moth to the flame, only to get promptly burnt once again by the song’s churning riff. “I wrote this song a few years back after my mate Racoo asked me to write a song for a road trip compilation she was putting together. I don’t think it saw the light of day. I had a lot of help from Wikipedia,” says Bibby of the track.

Marge is an album of splintered, volatile Australiana. Recorded with  “Strawberry Pete” Gower and drummer “Dirty Dave” Taylor, Bibby’s third LP is a soundtrack to a surf movie where there’s blood in the water; a dirt road leading to a dead end; the sounds of Diesels & Dust covered in… well, diesels and dust. “The Dog Act and I recorded this album in a week off in Perth between two Australian tours. We were match fit and full of beans. It features a selection of songs, some fun, some completely bloody miserable. It was made better by the involvement of the fourth Dog, Mitch McDonald, who engineered the record and offered endless energy and ideas. I love this record,” says Bibby of the album.

Marge is available for pre-order in digital formats as well as limited edition blue 12” vinyl here.

In case you were wondering, the titular Marge can be found on the front cover of the album. The grandma of Dirty Dave, she’s huffing a dart on a beach in Darwin – just watching her corner of the world go by. “I felt there was no better image than a smoking nanna to be the face of this album,” Bibby reasons. In a way, he’s right – Marge might seem genial and easy-going and friendly on surface value, but just beneath that lies something with an attitude and a defiant nature to it, not afraid to just let it burn. Bum one off Bibby, and let Marge tell you a story or two.

Peter Bibby’s rough-and-tumble approach and affable personality has gotten him plenty of mileage as a live act, performing at festivals such as Laneway, Falls and SXSW while also notching up his fair share of rowdy headlining shows as well. This has also translated into two well-respected studio albums: 2014’s Butcher/Hairstylist/Beautician and 2018’s Grand Champion. He’s an artist that has been celebrated as inherently working-class and wholeheartedly independent – as commemorated by the 2018 documentary Chasing Palm Springs, which followed Bibby on a literal cross-country journey from Perth to Melbourne in a temperamental van. 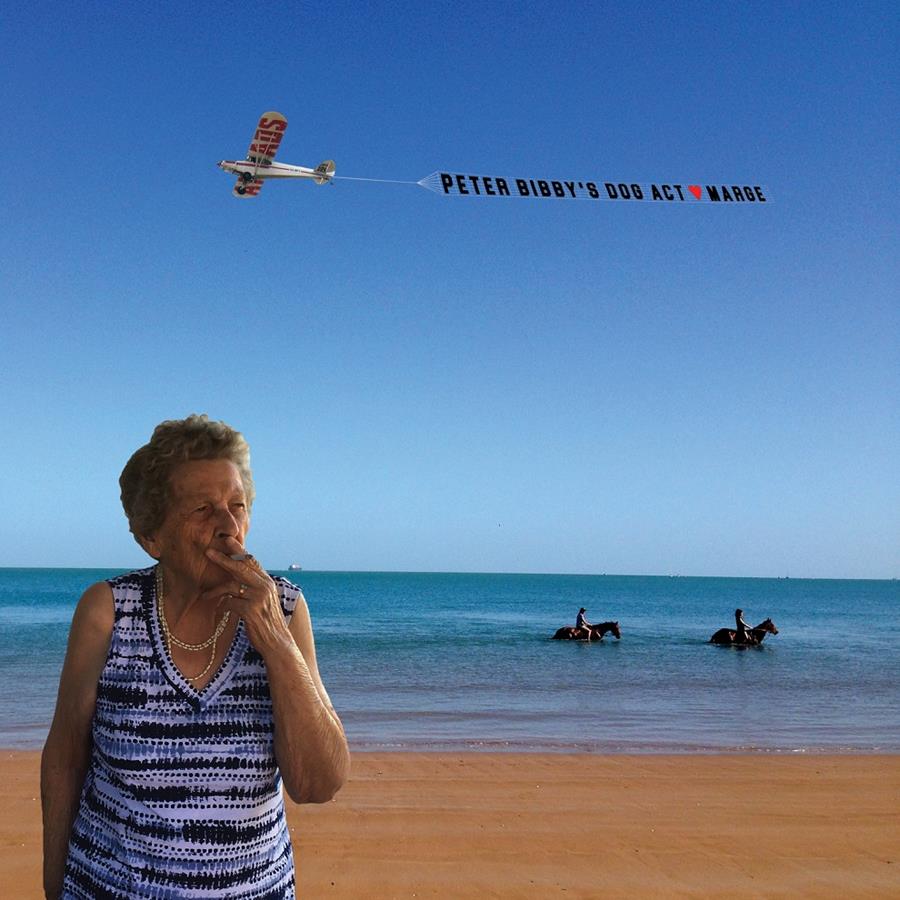