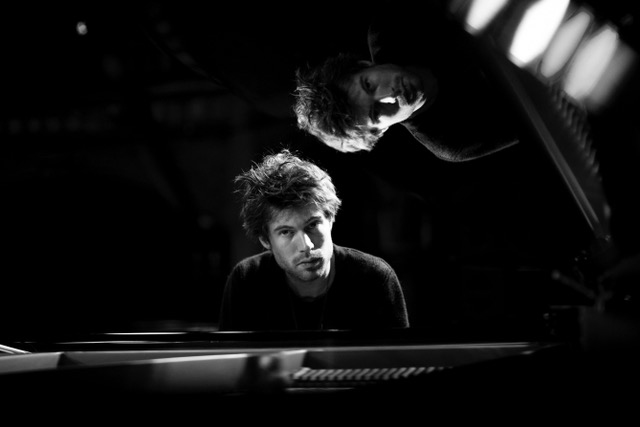 A collection of eight disarmingly beautiful piano nocturnes written as a love letter to his partner, British actress and singer Ella Hunt, as well as to New York City itself, his home for 21 years, Bartlett recorded the album in his home over two days following the beginning of lockdown. SHELTER is heralded by today’s unveiling of “Lucida” streaming now.
LISTEN TO “LUCIDA” HERE

Spanning more than two decades, Thomas Bartlett’s remarkable career has seen the musician, composer, and producer performing around the world both as Doveman and alongside The National, David Byrne, Nico Muhly, Anohni, and his own much-acclaimed supergroup, The Gloaming, to name but a few. As a producer, the Vermont-born Bartlett has collaborated with an equally impressive array of diverse but like-minded artists, including St. Vincent, Rhye, Yoko Ono, Mandy Patinkin, and Sufjan Stevens, with whom he earned Academy Award and GRAMMY® Award nominations for “Mystery of Love,” featured on the soundtrack to the 2017 film, Call Me By Your Name.

But with his studio empty after lockdown, Bartlett found solace in a musical form dear to him since childhood: the nocturne. Traditionally inspired by the night, the nocturne – especially those by Frédéric Chopin – had proven revelatory to Bartlett as a young musician, though he had long been wary of composing in such an emotional style himself.

“In the total strangeness of the moment and the lockdown,” Bartlett says, “I gave myself permission to do a thing that I don’t usually do, in terms of how these pieces to me are kind of shameless in their sentimentality.”
The eight piano nocturnes that make up SHELTER – all named after types of roses – play as a love letter to Bartlett’s partner, British actress and singer Ella Hunt, as well as to New York City itself, his home for 21 years. Being in the city after so many people had left, the streets silent but for the sound of ambulance sirens, was, Bartlett says, “wrenching.” Indeed, the mood on SHELTER is one of dusk turning to inky evening blue. From “Xanthina,” which suggests Cole Porter dreaming Erik Satie, to the Ravel-esque “Multiflora,” the album is multi-toned, immersive, and stirringly romantic, marked by exquisitely deft melodic turns and distant echoes of such musical heroes as Keith Jarrett and late-era Talk Talk.

“There’s a space that I really love to be in, as a listener, and as a player,” he says. “It’s a feeling of arrival, and comfort, and peace. It’s an easy place for me to get to, but one that I’m suspicious of because of that.”
Troubled by even the notion of easy sentimentality, Bartlett sent the album to trusted friends Sam Amidon and Annie Clarke to seek their honest opinions. Their response?  “They both wrote back and were like, Get over yourself, put it out, it’s really beautiful!”
“This is where I can let go a little bit,” Bartlett says, “and I can say, Okay, stop worrying about whether you’ve earned the prettiness. You didn’t need something to overwhelm, you needed something to calm – and so that’s how I’ve come to peace with it.”