All At Sea – JAMES HUMPHRYS 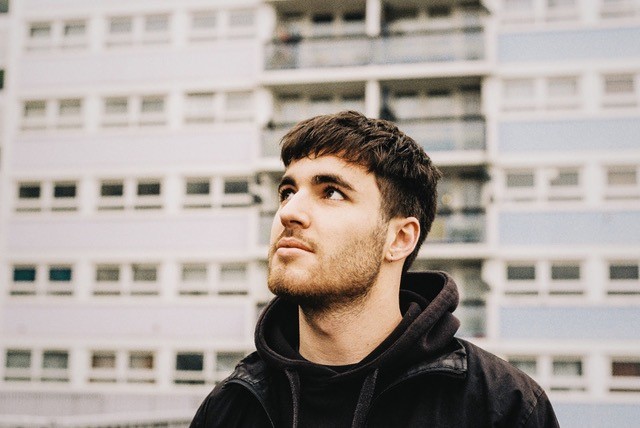 Consisting of four tracks written and created off the coast of Alaska while working on a cruise ship, the EP includes recent singles, ‘Colour and ‘All The Same’, and pays testament to James’s ability to create multi-layered, genre-bending indie anthems brimming with optimism and energy.

Speaking about his time at sea, James explains, “It was a surreal experience. The ocean and the scenery which we experienced every day for the best part of a year was expansive and freeing but the monotony and regimental tendencies of ship life would conflict with this; you could very easily feel confined and trapped at times.”

The result of said experiences is a richly textured, infectious and uplifting offering loaded with everything from funk fuelled rhythms to jazz inspired horn sections and trumpet solos; lyrically exploring James’s positive and optimistic outlook on life and the struggles and anxieties of modern life.

In ‘All The Same’ Humphrys provides a reminder that it’s okay to feel good about things; a call to us all to believe in something when it feels right and not to always look for reasons why it might be wrong; while on ‘Better Now’ he seeks comfort whilst feeling out of his own depth.

He explains, “It’s a song about the importance of friendship and the fact that although you may often feel that things are out of control, even people who seem like they’ve got it together have the same sort of days when they’re just trying to keep their heads above water. Remembering that you’re not alone in your feelings can help make even the worst day better.”

Elsewhere ‘Colour’ delves into the thoughts which surround the uncomfortable feeling you get when you catch a friend displaying a false persona in group situations, and ‘Lost In You’, written with his girlfriend Bethany details the beginning of a relationship and the uplifting feeling of being completely lost in a partner.

James has played venues ranging from Bristol’s Thekla to the Royal Albert Hall, and supported bands including San Cisco, Shortstraw and Cassia. In addition to multiple sets with London’s Sofar Sounds, James has also joined the line-up at 2000 Trees Festival, Bristol Harbour Side Festival and Dot to Dot Festival. In 2018 James fulfilled an ambition by performing at Glastonbury Festival.

2019 saw James expanding his horizons, securing two short-term performing contracts in the Pacific. He used the time away to concentrate on his writing and his next single ‘Lay It All Down’ featured on Spotify’s Transistor playlist.