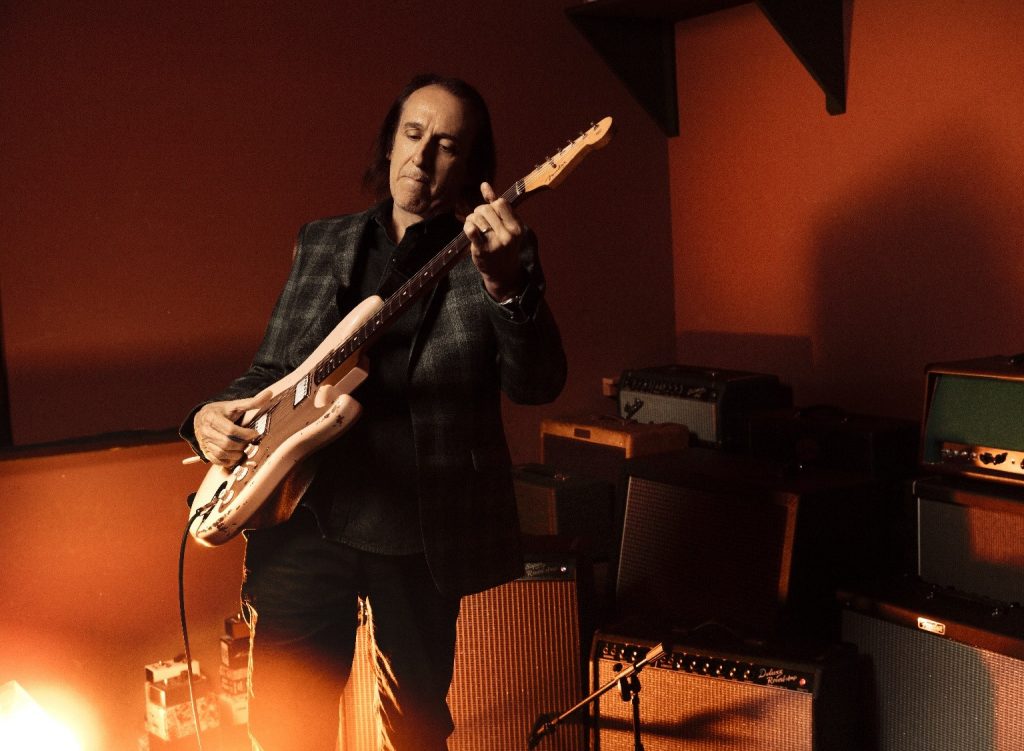 Michael Landau will be releasing his brand new album ‘Liquid Quartet Live’ on 21st August via The Players Club, a division of the Mascot Label Group.

Ahead of this he has revealed a brand new song ‘Can’t Walk Away From It Now,’ which you can listen to here

Talking about the song he says; “Can’t Walk Away From It Now” is a brand new song that David and I recently wrote. This is the song’s first appearance on a record. It’s got a swampy feel and an honest sentiment in the lyrics that David wrote, current with the times: Give if you wanna receive,Take less than you leave, We only leave love anyhow”

But it’s live where you see Landau express himself with such ferocity; “The rawness and the unknown factor of a live recording is fun, the trust and the sometimes reckless abandonment of playing live. I play differently when I play live, more aggressive at times. It’s a cleansing moment to just let it rip and not worry about it.”

The set list features outings of some brand new songs (‘Well Let’s Just See,’ ‘Can’t Walk Away From It Now’) as well as some inspired renditions from his back catalogue; from his previous studio album ‘Rock Bottom’ (‘Bad Friend,’ ‘One Tear Away’), Burning Water’s (‘Can’t Buy My Way Home,’ ‘Killing Time’) and Renegade Creation, the band he formed with Robben Ford (‘Greedy Life,’ ‘Renegade Destruction’) as well as two instrumentals to finish the night.

Much of the world has been in unprecedented modern times with lockdowns and curfews imposed across many countries to minimise the devastation of a virus pandemic and having moments like this concert, laid down on record, reminds you of the specialness of live music and how it can move and affect us all. “I do miss playing live but Covid-19 is no match for the power of music! Music has saved me over the years, time and time again, and I’m sure this time will be no different.”