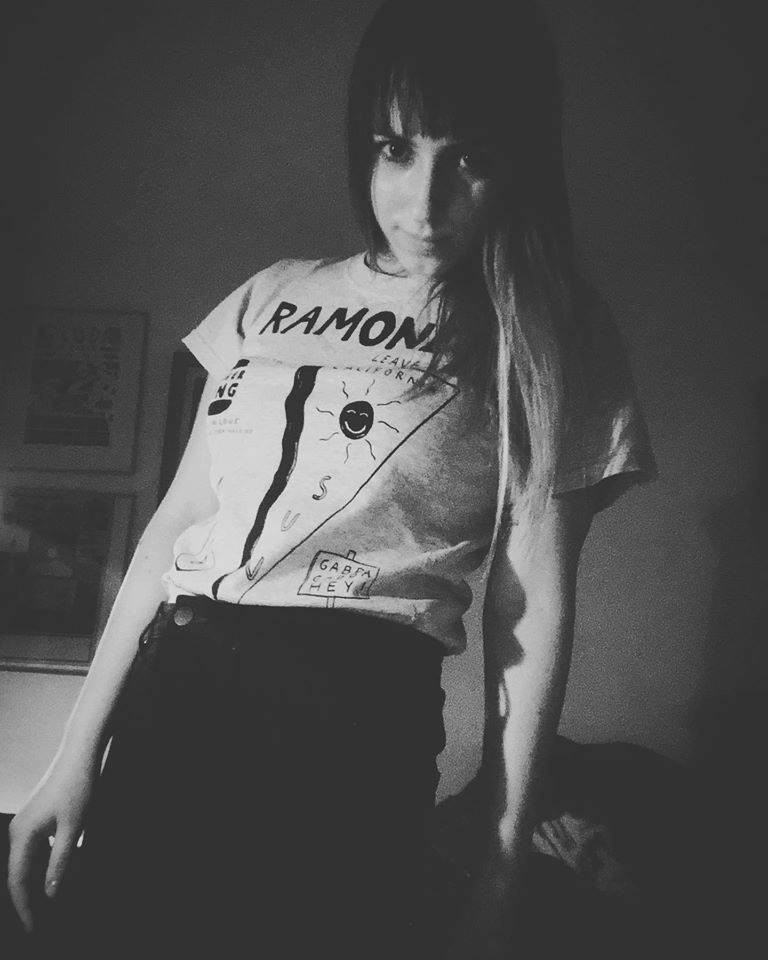 Control Future is the anticipated musical brainchild of Neus Ruiz, a long-time concert promoter, journalist and head honchita of the Dutch/Anglo underground “Heatwave Magazine whom we find on this album to be quite the ‘accomplished’ multi-instrumentalist as well.

This is a living room self-accomplished gig with a guitar, six pix, keyboard, fine guests, and a multitude of other instruments armed with layers of feelings, ideas, hopes and shortcomings. Ruiz wastes no time in channeling all her ‘human assets’ to deliver an absolutely stunning piece of effort.

For someone who spends a third of her time listening to rock, punk, garage, psychedelic and pop bands for review, you would be surprised to find that she barely touches any of those titles in her music but, goes beyond to an experimental, synth, dark pop side.

Bedrooms have long been the platform to launch some of the world’s finest music and this mini-EP has that pure “DIY” lo-fi bedroom production spirit that many have immortalised on tape from Johnny Cash to Country Teasers; that raw, live energy released on a warm analog tape recorder, with only a few microphones.

Control Future captures this bedroom band spirit without the raw, hissy, crackle of “tapes bleeding in the red”. It’s digital but has a DIY approach around sticking a microphone i a bedroom closet or bathroom and laying down and capturing a pure, non-self-conscious sketch — which most of the time if they’re good — are often good enough to stand on their own as a final masterpiece.

Control Future, by the sounds of it, have taken a glorious sketchbook of sound and have developed it into a living Rembrandt without stripping out or burying the original the life-force of the “Live” recording experience, which is often the case sometimes with “lo-fi” multi-track recordings; the original live idea often gets buried in a barrage of overdubs and adding too much. Less is more. And Control Future gets this balance right on their self-titled debut.

The LP kicks off with “Edis Dream”; and gothy- eerie and acerbic intro that morphs into a stomping post-punk raveup; something that converges the tinny, low-fi guitar histrionics of early Bauhaus, Lilliput and the Slits, along with a joyous classic Factory Records synth-wave vibe from circa 1982 ala such great label acts like The Names, Crispy Ambulance, and yes a wee bit of New Order too

“Digital Love” immediately suggests these Mancunian textures; angular and brittle guitars, and haunting keyboards with a driving beat sounding like it was recorded on top of some roof in 1978. Ruiz’s voice often sounds like the beautifully haunting rasp of Christina Martinez of Pussy Galore s in a grand ballroom with Kim Gordon, Siouxsie, Patti Smith, and Poly Styrene in chorus with the baby grand piano keys that are riddled with glee all over this record.

“The Right One “ starts off as a melancholy synth-guitar driven melody that quickly turns into an angsty, punk-poet plea for“Looking for the Right One.” A song that feels like a plea, search, and retreat from finding it. But the search and struggle carry on. And it goes deeper with “Toxic Outbreak” which makes for the perfect soundtrack for the “Black Mirror” TV series.

Control Future captures the true dystopian vibe on their self-titled debut with a picture-perfect ‘darkwave’, post-punk, doom-pop bedroom discovery. Sometimes, when you “lock-down” a creative and free spirit long enough, it will often reinforce their self-will and convictions, and this kind of expression of creative struggle, is covered all over this record like a plague.

Neus Ruiz and Control Future have created an incredible first effort here which should prick the ears of anyone with musical sensibilities that transcend “tagging” and envoke, pure listening!

What we have here is a palletised platter of pure, dark, visceral textures and sounds that are both familiar and fresh. Control Future will enrapture the listener in the ‘here and now’ with brilliant, sonic rays of lush, darker wave frequencies, beaming, from start to finish.

Ruiz, left just enough light on this record to see through the dark and creatively confined tunnels of the ‘physical’ world. “Control Future” will freely guide you.