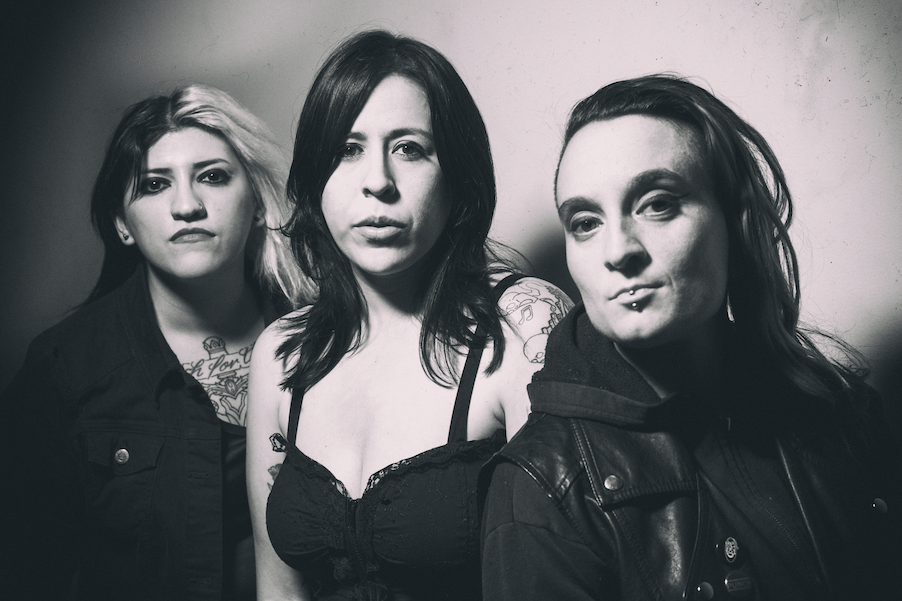 The track is a reimagining of a song from Kaos’ youth that she wrote after a mentally abusive relationship.

She says, “My boyfriend at the time was really controlling and did not believe in my dreams of becoming a musician because he let his aspirations fall by the wayside. I found myself at a crossroads, and decided to leave him to stay true to my music.”

Years later, she revisited the song, and it took on a different meaning.

“Like other bands, we’ve been dealt with negative backlash over the years, and this track really drives home that we ultimately ‘really don’t care’ about the negativity. Nothing will stop us from accomplishing our goals.”

The video for the song was directed by Alexander Thomas with a storyline reenacting frame by frame the infamous 1970’s horror flick “Carrie”. The visuals are a perfect bloody pairing to The Pinks’ signature razor-sharp licks, intense beats, and punk attitude that demands listeners to stay true to themselves, even if others “are going to laugh at you” for being nothing but original.

If members of Bikini Kill and TSOL musically collided in a Russ Myer movie, the soundtrack scoring the scene would be orchestrated by The Venomous Pinks. Hailing from Mesa, Arizona the three-piece trio creates an unapologetically, uniquely addictive, in-your-face punk sound, that instantly makes the soul hurt so good, you can’t help but yearn for more.

Now signed to Die Laughing/Golden Robot Records, The Venomous Pinks formed in 2012, and have blasted their way from the garage and into the spotlight, shredding the stage with some of punk rock’s finest bands, such as: Bad Religion, Iggy Pop, Anti-Flag, The Bouncing Souls, just to name a few. Even though they have been touring all over the country, they have street cred to back them since their loyalty to their local roots runs deep.