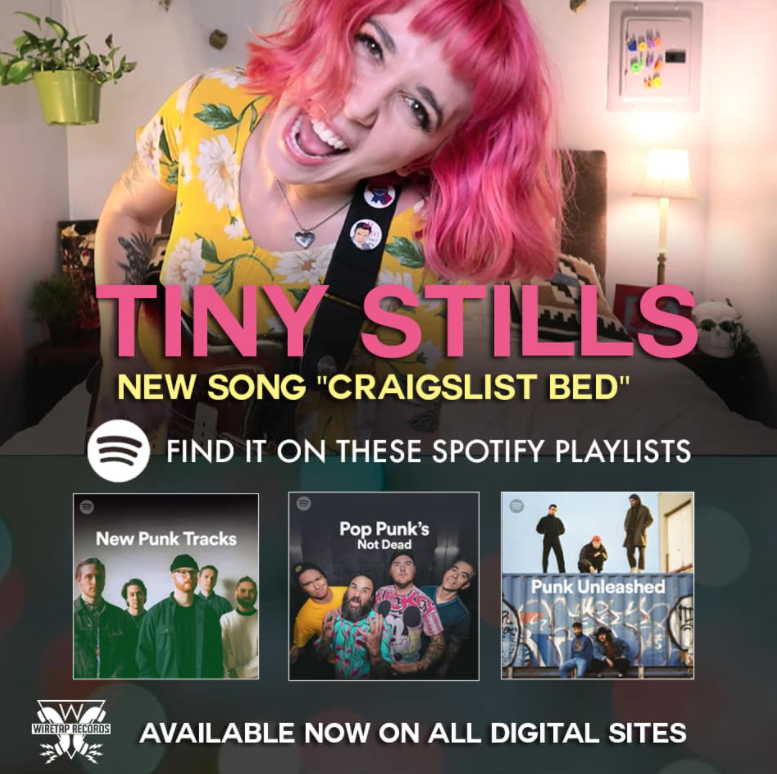 Frontwoman Kailynn West tells American Songwriter, the song is “about the unexpected struggles you go through after a breakup- the small inconveniences that turn into bigger problems just because you’re struggling to get into a better headspace. Things like making new keys and not knowing what to do with your old ones become an emotional struggle and not just a task.

The bed that I’m on in the music video (Kailynn) is a totally free bed that I inherited from my new apartment- and it inspired the first line of the song. Originally I was worried that it’d be gross, but at the time I couldn’t really budget for a new one and so I made the best of it. Turns out, it’s actually a decent bed….Thank god.”

“We worked with Paul Miner at Buzzbomb studios for our last EP and just knew we wanted to go back to work with him again for the next few songs. We like how big and aggressive these songs can feel while still remaining poppy and catchy.”

“Originally these songs were supposed to come out in April 2020. We had a full US tour scheduled with our labelmates Bristol to Memory (also on Wiretap Records), but it was canceled because of COVID-19. but felt it was important to release the music we had. The world is changing so fast.”

Tiny Stills is a power-pop band from Los Angeles influenced by Courtney Barnett, That Dog, and 90s/00s rock. After a last-minute lineup change left an opening on a national tour with Bayside’s Anthony Raneri and A.W. in 2015, frontwoman Kailynn West stepped in at the last minute to complete the tour as Tiny Stills and has been running ever since. The band offers up plenty of tattoo-worthy lyrics, brutal honesty, crunchy guitars, and catchy melodies that help you remember that even the worst days have a silver lining- at least you’re not alone.