Saddle Up – Land of Talk 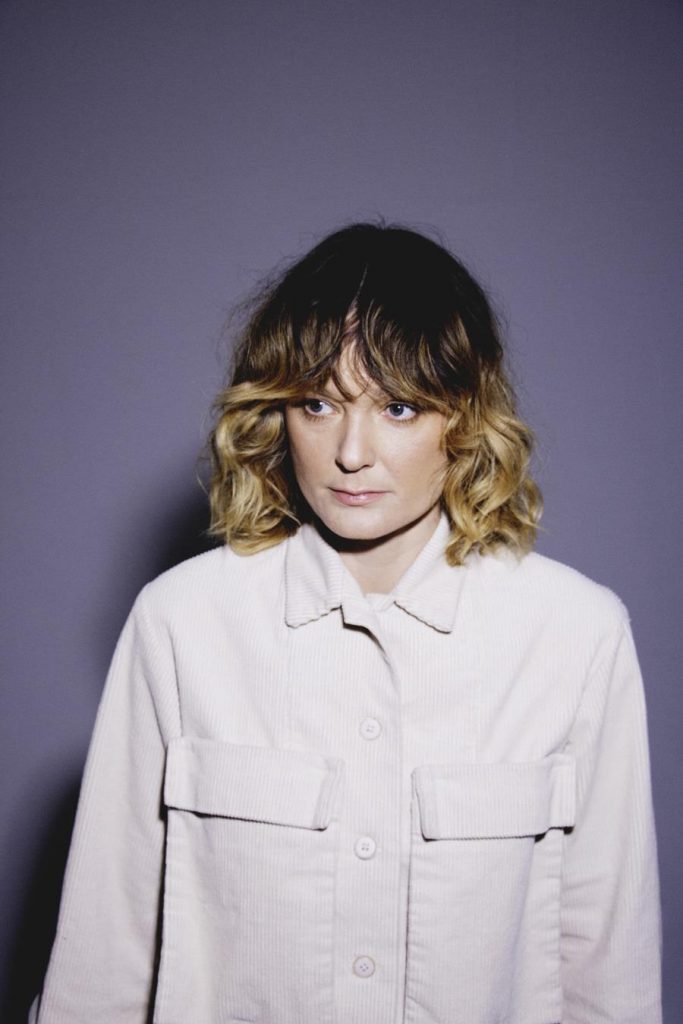 Land of Talk have shared the video for “Footnotes,” the new single from the Montreal-based band’s album Indistinct Conversations, due out July 31st via Saddle Creek.

Of the chiming track, where the cheery, propulsive wall of guitar fuzz belies the song’s anguished lyrics, singer/guitarist Elizabeth Powell says: “The music itself is the very sound of people connecting – lush and layered with swirling synths and dreamy guitar noise, driving drums – I envision us all sweatily, joyfully performing together on stage. Lyrically though this song has revealed itself to be about loneliness. How we get sidelined by/stuck in it, and the wish-hope-struggle to reach out and connect with others. The chorus promise ‘I’ll be there night after night’ is at once comforting and threatening. Is it a loved-one talking or the loneliness itself?” The video’s performer/director Lara Kramer adds, “In creating the visuals for ‘Footnotes,’ I was given total freedom. Listening to Lizzie’s song, it allowed me to touch a dreamscape of an unknown territory. Immersed in the music, it spurred my subconscious, carrying me to a place where I was able to envision this little facet of another universe. It was like seeing what is beyond the invisible, beneath the ice or beyond translucent fog.

“Footnotes” is the fourth single from Indistinct Conversations following “Diaphanous,” “Compelled,” and “Weight of that Weekend,” which have earned press from outlets including Pitchfork (Selects playlist), Stereogum, Consequence of Sound, Paste, NPR Music (‘NMF’ and ‘Press Pause and Hit Play’ playlists), and Brooklyn Vegan, among others.

All 11 songs on Indistinct Conversations were written by Powell, who also produced and arranged the tracks together with bandmates Mark “Bucky” Wheaton (drums/keys) and Christopher McCarron (bass). The album is a dreamier, more acoustic-driven work than prior Land of Talk releases; it was recorded in Wheaton’s home studio, and has the intimacy of a private document. The songs were created as a therapeutic space where Powell could retreat from the world.

Yet Indistinct Conversations is not an album of numbing out. By drawing back into their interior world while creating Indistinct Conversations, Powell was able to emerge with a stronger sense of self — and more willingness to confront the oppressive structures of the world. This process included embracing their identity as a non-binary femme who uses the pronouns she/they, and engaging directly with the trauma inflicted on them as a “woman-presenting human.”

On many songs throughout Indistinct Conversations, Powell found themself literally using their voice in a new way — including the guitar, which they call their “first voice.” While writing the album, they switched to playing acoustic guitar; an effort, ironically, to take up less space (“I was subletting a place with paper thin walls,” she says), which radically shifted the way their songs were structured. Powell credits the album’s sonic adventurousness to Wheaton, who “pulled me out of premature retirement.”

That radical self-acceptance, the ability to speak in one’s own voice, is the hallmark of Indistinct Conversations. By digging deep, Powell has found a certainty we all deserve: the realization that their own voice is enough.

Land of Talk’s 2020 tour dates have been postponed to 2021; more information will be announced soon.