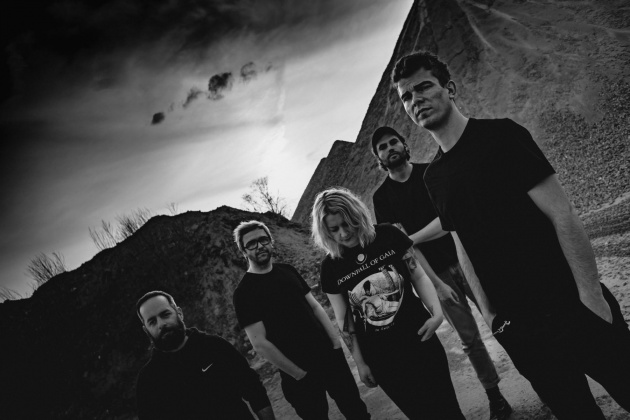 Almost a year since the release of the band’s critically acclaimed, brutal beast of an album, HIGH FIGHTER have just premiered a gripping new music clip to the album opening track, Before I Disappear. With its eerie and gloomy atmosphere where the mood can be pitch-black in places, Champain isn’t for the faint hearted, and Before I Disappear showcases the album’s facettes and an evolution of HIGH FIGHTER, revealing a coherent fusion of contrasting sensations that draws upon elements of doom, sludge, stoner, psychedelia, blues and metal.

The music video to Before I Disappear was a DIY- production, all filmed and edited by the band’s bassist Constantin Wüst, who has also just launched his own video production company, Diletant Pictures. Just recently premiered with No Clean Singing and Rock Hard Germany, watch HIGH FIGHTER’s brand new video here:

Over the past five years since the band formed, it seems life on the road has impacted HIGH FIGHTER in a huge way, as their new album and sound proves. After the group’s debut EP The Goat Ritual released end of 2014, followed by numerous shows all over Europe & the UK, including festivals such as Wacken Open Air, Summer Breeze, Desertfest Berlin, London and Antwerp, SonicBlast Moledo, Stoned From The Underground, Up In Smoke, Keep It Low, Red Smoke Festival and many more, as well as countless gigs on tour with bands alike Ahab, Conan, Elder, Downfall of Gaia, Crowbar, Mantar, Corrosion of Conformity, Mammoth Storm, Brant Bjork, The Midnight Ghost Train and Earth Ship to name just a few, HIGH FIGHTER released their first full-length and critically acclaimed album Scars & Crosses in June 2016 on Svart Records. The band’s second studio album, Champain, which has a heavier and fast-paced sound compared to the band’s first records, was recorded, mixed and mastered by Jan Oberg ( Earth Ship / Grin ) at the Hidden Planet Studio in Berlin. Champain was released last summer as CD, Vinyl and in Digital formats, and is available via HIGH FIGHTER’s Bandcamp, as well as the band’s record label Argonauta Records.