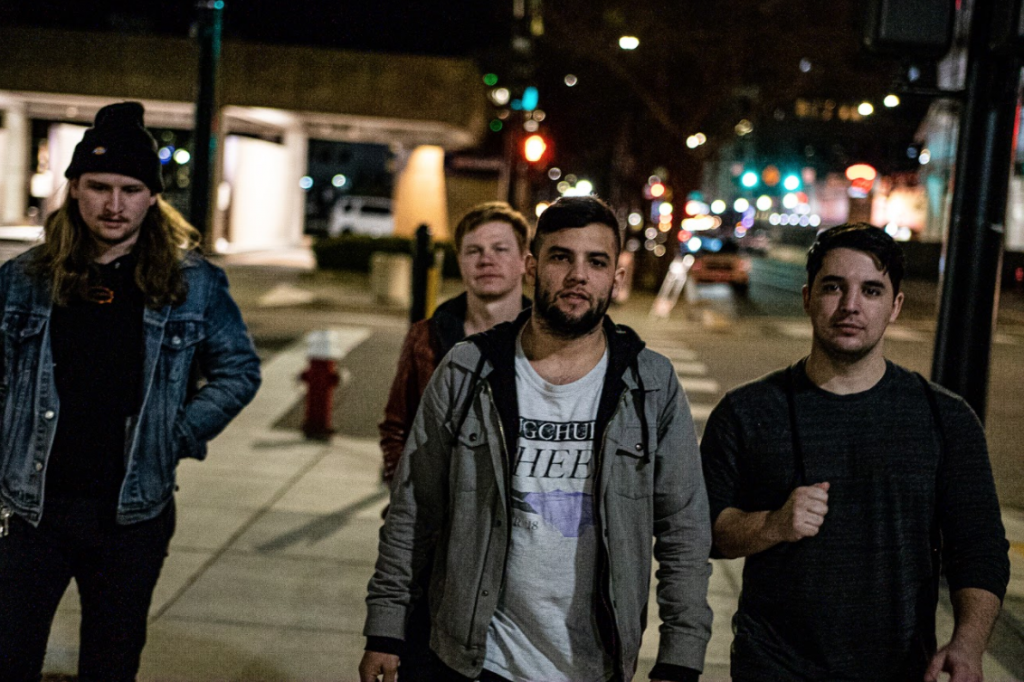 Sometimes, art comes together quickly and naturally. Other times, it takes years of changing viewpoints and personal shifts for a project to truly find itself.

Young, Planetary started in 2013 and has faced various setbacks in their time together. Considering their gnarled history, a lesser group would have already thrown in the towel. Something about YP kept bringing songwriter/front-man Trevor Villagrana back to the grind, though. After all these years, the band is finally coming into their own on their upcoming release, ‘Locations I Can’t Place.’

The new, six-track EP, tells nostalgic stories of finding and losing love, world-shattering life experiences, and the critical notion of individual progress. The idea of learning from your past is embodied by the release as a whole. The title, ‘Locations I Can’t Place,’ comes from a lyric in the third track ‘Stung.’ “[The lyric] is about kind of going through life and having these experiences that change you for the better,” says Villagrana. “[The memories] are really confusing and kind of uncomfortable in the moment but take you out of your comfort zone.”

With Villagrana’s conceptual focus, the band knew they had to up their game in terms of the final product. Producer Aaron Williams pushed Villagrana’s vocal performance to an elevation unthinkable on YP’s previous material, and each band member brought their A-game instrumentally. Additionally, they took their time to ensure everything sounded just right.

The result is a tightly organized assemblage of songs that they always deserved, but never could quite achieve before now. Rest assured, ‘Locations I Can’t Place’ is still rawly personal and captivatingly cathartic – not to mention heavy, energetic, and catchy-as-hell. But the release is pristinely packaged. Really, it’s the ultimate realization of what YP is at its core – and it’s good.

‘Locations I Can’t Place’ will see a vinyl release later this year via Hidden Home Records.