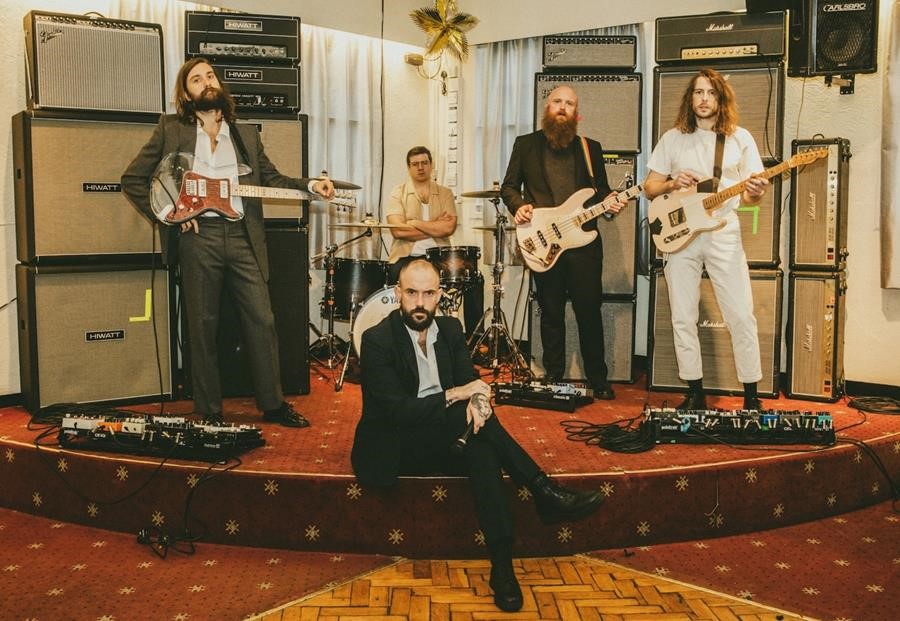 Ahead of release, IDLES will also host a series of three live performances from an iconic studio on Aug 29-30, which will be professionally recorded, filmed, and livestreamed. Upon purchase of a ticket, attendees will receive a unique link to access the performance live. Tickets on sale now, more info and link to purchase HERE.

If their last record – 2018’s ‘Joy As An Act Of Resistance’ – was meant to detail IDLES’ manifesto, then ‘Ultra Mono’ is the sound of the band heading into battle, battering ram in hand, for those tenets. The phrase “momentary acceptance of the self” serves as spiritual guide and mantra throughout, as Talbot elaborates on further in an essay printed inside the album’s physical packaging (read that HERE).

In addition to sharing the tracklist for ‘Ultra Mono,’ the band have also made available the dates on which all upcoming album tracks + videos will be released (see below).

‘Joy As An Act Of Resistance’ was one of the best reviewed rock records of 2018, debuting top 5 on the official UK album charts. ‘Joy’ earned the band instantly legendary performances at Glastonbury, Jools Holland, NPR’s Tiny Desk, and sold out tours across the world. They were profiled by the NY Times and PBS NewsHour as part of a group of new bands tearing down outdated perceptions of masculinity, won the coveted Ivor Novello Award for Best Album, and were nominated for the Mercury Prize and a Brit Award last year. All 10,000 tickets to the band’s Dec 2019 headline performance at London’s Alexandra Palace sold out in under 24 hours.