Pulling Out The Daggers – DRAGGED UNDER 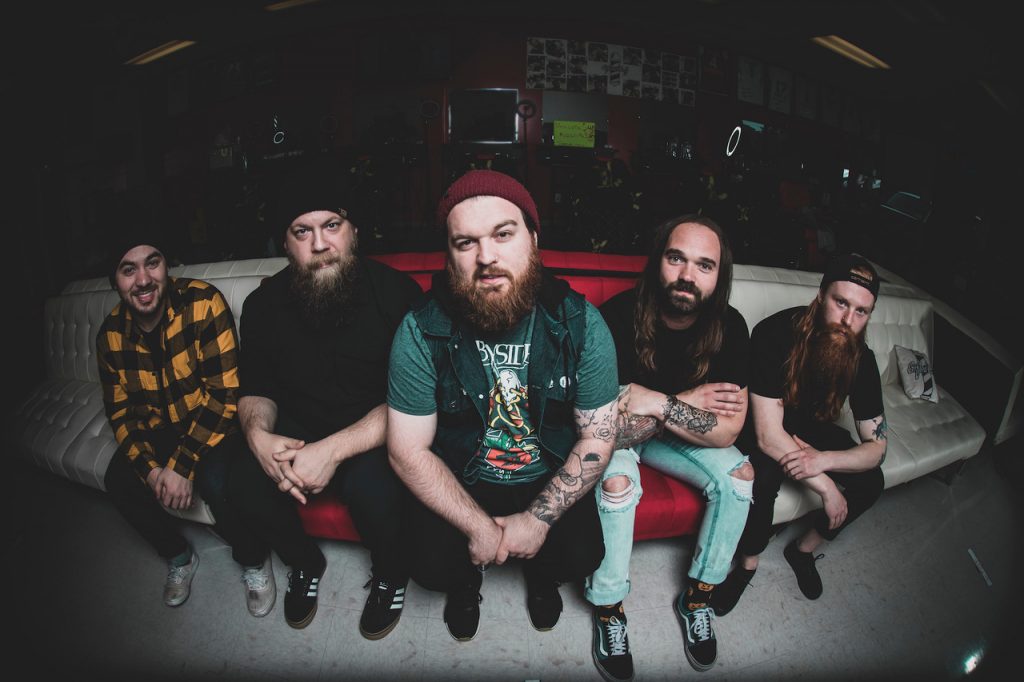 Seattle Hardcore outfit Dragged Under have signed to Mascot Records and to celebrate they have revealed the brand new official video for Chelsea which you can watch here .

Later this year, Mascot will release a deluxe version of the bands’ debut album The World Is In Your Way, with two brand new songs.

Bludgeoning riffs, punk ferocity and hook-laden choruses have seen them amass an incredible 4 million + streams across Spotify and Apple since January, when their debut was released, at the same time they also hit the road with The Used for a month long tour.  The pop-punk inspired earworm Chelsea, is one of the stand out songs from the album which crashed into the Top 20 Billboard Top Alternative New Artist Chart upon its release. The song was also recently used as part of a worldwide mixing competition, in which they received a record-breaking 6000+ submissions from fans via Rate My Mix.

On the signing, guitarist Ryan Bruce shares, “Dragged Under joining Mascot is both a privilege and an honor. We feel that Mascot Records genuinely understands the band’s music and message, and we could not be more excited to work with such an incredible group of people globally!  It would be an understatement to say I am grateful for the band to join the family.  Their track record with bands like 10 Years, Gojira and Volbeat really sets them apart, so for me to now call the label home with my own band is a dream come true!”  Cappocchi adds, “We are excited and honored to say that we have joined the Mascot Label Group family.  We had a lot of options for this signing, but we saw what Mascot has been able to do with their bands and the level of attention they get from the label team, which is what ultimately made our decision and we couldn’t be more excited.  We believe Mascot will be a partner that can support taking this from being a hobby to a career. At the end of the day the goal is to be able to play for our fans as often as possible.”

Mascot Label Group President / North America Ron Burman states, “We’re so excited about signing Dragged Under.  The band embodies punk rock spirit, lifestyle and energy, fused with metal core sonics along with great hooky choruses.  I love their DIY ethos, and their live show is off the hook!  It’s rare to encounter an artist whose efforts on a purely independent level have yielded this vast connection to a global audience. We could not be more optimistic about the potential for the band’s future.”