Depth And Darkness – OCEANS OF SLUMBER 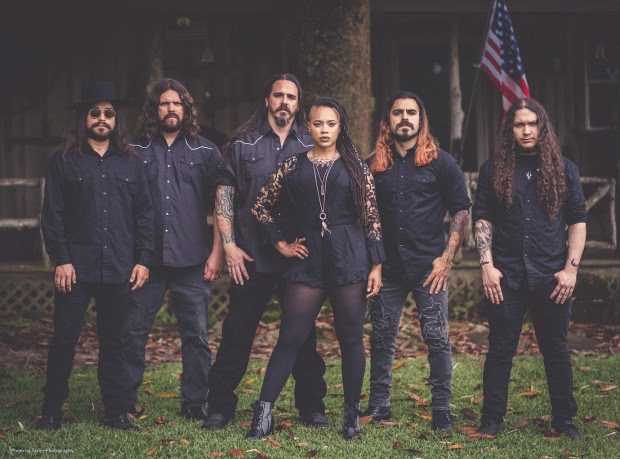 US prog metal outfit OCEANS OF SLUMBER announce the release of their new and self-titled album “Oceans Of Slumber”, due to be released on September 4th, 2020, via Century Media Records worldwide.

With “A Return To The Earth Below” the band releases the first single taken off of the new record. Vocalist Cammie Gilbert is checking in with the following comment about the new song:

“Within ourselves, just as within our societies there are cycles that need to be broken. Cycles that hold us down, that tear us apart, that give us anguish. Sometimes without warning these cracks surface and they trigger a cascade of emotional vulnerabilities, emotional turmoil, even hopelessness. But at some point we must stop running. Stop running from the pain, stop running from the truth, stop running from ourselves. In the light of this self reflection is where we will find peace, both inwardly and outwardly. A Return To The Earth Below is about that journey. It is about the collision of the heart and mind in struggling to find that internal resolution. We feel that the timing of this single couldn’t be more appropriate, as we have all found ourselves at the crossroads of change.”

“Oceans Of Slumber” is available as Standard CD Jewelcase, Gatefold black 2LP+CD, Digital album and can be pre-ordered here: https://OceansOfSlumber.lnk.to/OceansOfSlumber

“We’d like to thank Giannis Nakos for the beautiful artwork that captures not only our imagination, but the depths and darkness of the story the album holds within. While there’s plenty more to come, we must be patient for the full album that’s set to release September 4th. For now please enjoy A Return to the Earth Below.” says Cammie Gilbert.

Launched via 2013’s Aetherial debut, but truly blossoming upon the arrival of vocalist Cammie Gilbert for 2015’s Blue EP and the following year’s Winter full-length, Oceans Of Slumber re-emerge in 2020 with the weight of expectation bearing down on their shoulders. The result is Oceans Of Slumber, an album that masterfully redefines the band’s sound for a new era while bringing their conceptual core into sharper focus. Sonically spectacular and proudly melodramatic and yet vulnerable and intimate, these new songs represent the commencement of the next stage in this remarkable band’s evolution.