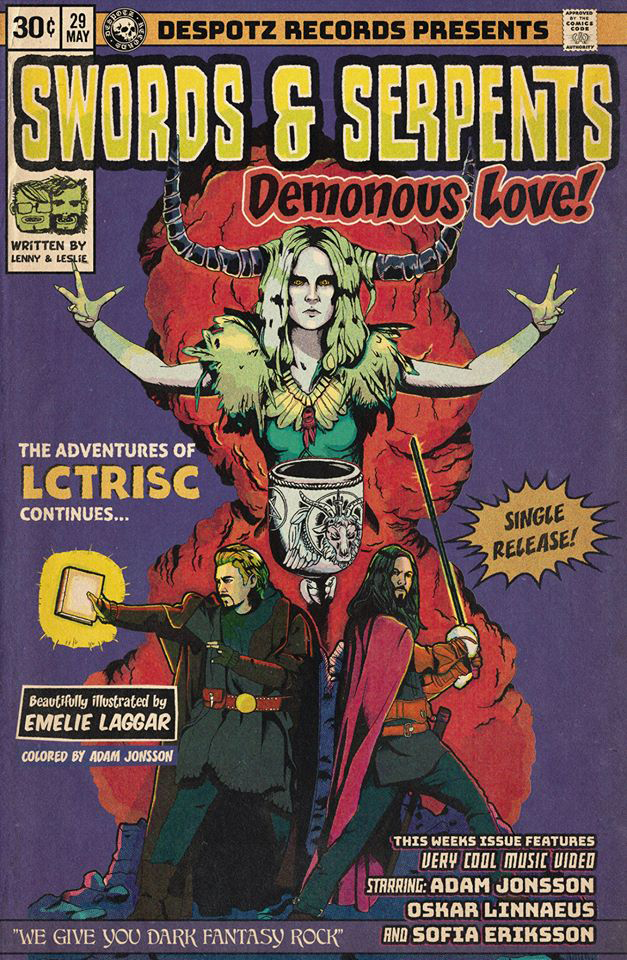 An old tale emerges – Swords & Serpents is named after the fantasy roleplay video game that was developed for the Nintendo Entertainment System (NES) in 1991.

Almost exactly 20 years later LCTRISC was formed as the the two members shared an apartment in Borlänge, Sweden. Their latest single was one the song embryos that took form during this period, and was inspired by the old NES game, but never finished.

As the band resurfaced last year after a 5 year hiatus the song was rediscovered.

“We had the riffs and a title. No vocals or lyrics. But there was a strong identity to this song that needed respect. We didn’t change anything, just added to what was already started and the result was so obvious. It’s funny how after being buried on an old dusty hard drive for ten years we finished it in no time”.
Demonous Love – The song is accompanied by a video that can be described as a cinematic dark tale inspired by the typical plot of a fantasy role playing game where brave heroes must venture into dark realms to battle evil. The duo started shooting together with photographer Sofia Eriksson in November and continued through the whole winter and spring.

It’s impressive what three people can achieve on a mear 1k dollar budget and with a little help from friends and family.”

“Making music videos has always been one of the highlights when releasing a song. This time we wanted to top everything we’ve done before and really push ourselves to do this song justice. It needed to be epic, dark, malevolent and magical.”