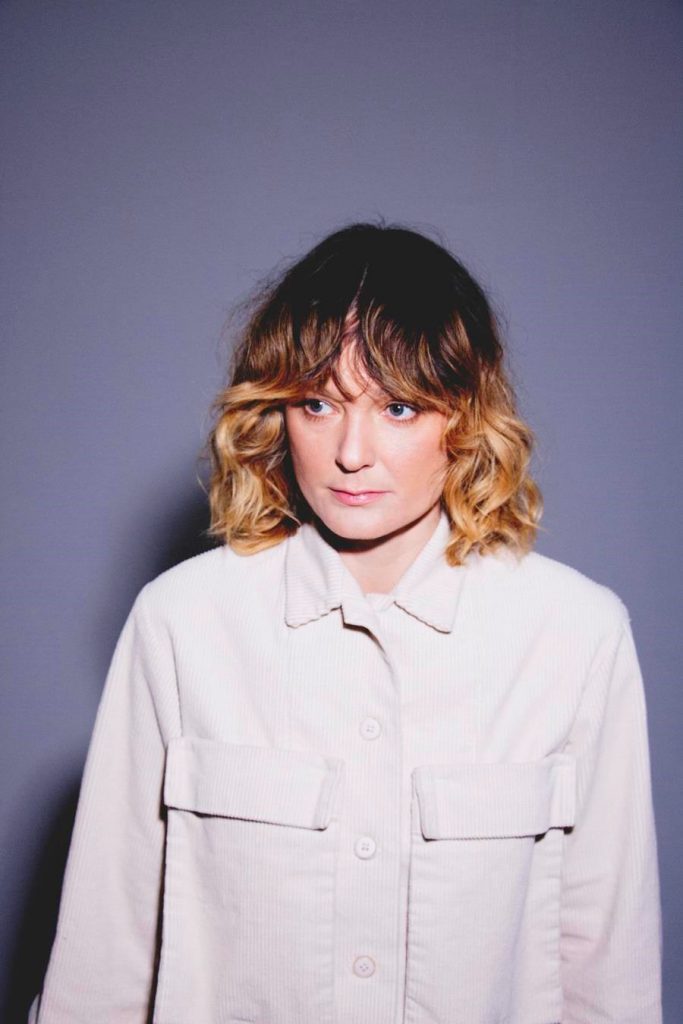 The atmospheric song is the perfect lead-in to the album’s hazy dream world, where Elizabeth Powell’s masterful, at times cacophonous guitar playing and delicate, stream-of-consciousness vocals are ever-present. “After recording and sharing the initial demos, hearing what Bucky had manifested from essentially just my humming and strumming at once both floored me and swept me off my feet,” explains Powell of “Diaphanous.” “What begins as an airy groove swells into a sweeping anthem for going easy on oneself. And, the importance of levity.” About the video, director Lara Kramer adds, “It has been an exciting and meaningful experience collaborating with Lizzie Powell, a strong voice, on the video for ‘Diaphanous.’ Approaching the visual treatment of ‘Diaphanous,’ I led with my sensing the song’s underbelly, the guts. Without pushing the telling of a narrative. Finding self determination in what we chose to reveal and disclose, what we make transparent.”

Indistinct Conversations will be released on July 31st via Saddle Creek and is now available for pre-order.

“Diaphanous” follows additional album singles “Weight of that Weekend” and “Compelled,” which earned press from outlets including Pitchfork (Selects playlist), Stereogum, Consequence of Sound, Paste, NPR Music (NMF playlist), and Brooklyn Vegan, among others. All 11 songs on Indistinct Conversations were written by Powell (vocals/guitar/keys), who also produced and arranged the tracks together with bandmates Mark “Bucky” Wheaton (drums/keys) and Christopher McCarron (bass). The trio recorded the album in a studio built by McCarron in Wheaton’s apartment basement.

By drawing back into their interior world while creating Indistinct Conversations, Powell was able to emerge with a stronger sense of self — and more willingness to confront the oppressive structures of the world. This process included embracing their identity as a non-binary femme who uses the pronouns she/they, and engaging directly with the trauma inflicted on them as a “woman-presenting human.”

That radical self-acceptance, the ability to speak in one’s own voice, is the hallmark of Indistinct Conversations. By digging deep, Powell has found a certainty we all deserve: the realisation that their own voice is enough.

Land of Talk’s 2020 tour dates have been postponed to 2021; more info will be announced soon. Powell will perform a livestream set from URSA as part of the Pop Montreal Festival on June 7th at 4:30pm via popmontreal.com.

6 thoughts on “Voices From Wheaton’s Basement – Land Of Talk”