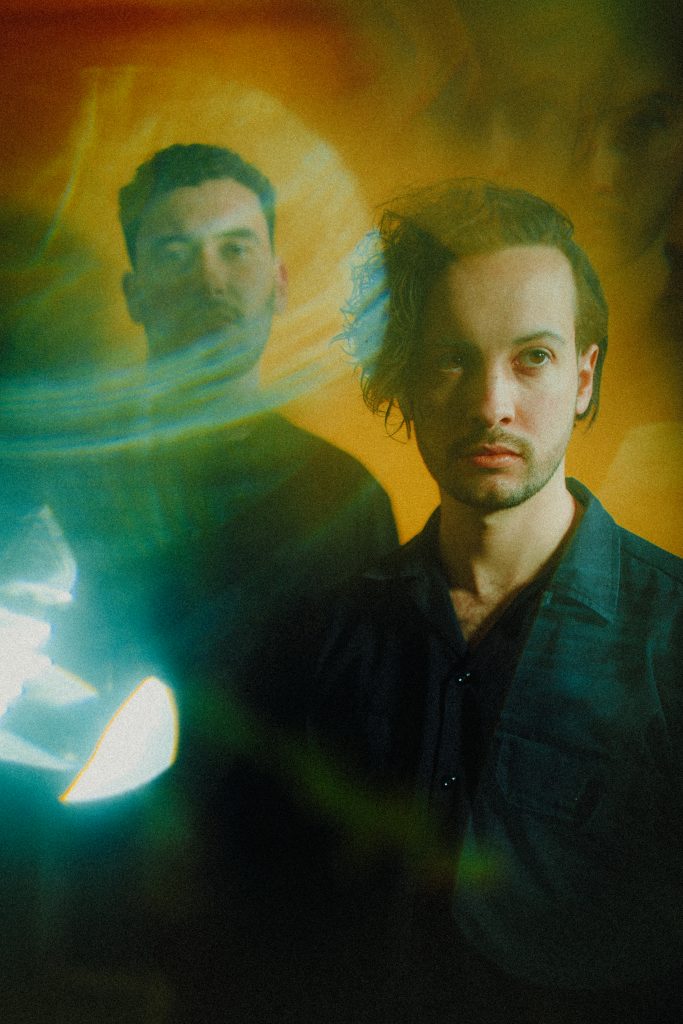 Quick off the back of their latest successful single release ‘Mantra’, Yard Arms are back again with their third, gloriously melancholic EP ‘Sanctuary Lines’, due for release June 26th; by far the Bristol-based melancholic pop duo’s most polished and defined group of tracks since they formed in 2018, bursting with alt-indie hits set to soundtrack your summer.

This record is described by frontman and lyricist Noah Villeneuve as “an exploration of combating nostalgia in the modern age”. Throughout the EP’s four songs are prevalent themes of reflection, existentialism, self acceptance, questions of mortality, human flaws and the future. Recorded, mixed and mastered with Josh Gallop (Phoxjaw) at Stage 2 Studios in Bath, it is clear that the development in songwriting is mirrored in the production on this EP.

Across the span of the listen you are taken on a musical journey ranging from syncopated danceability of mid 80’s pop to punch the air, pound your chest emo anthems, all the way through to heights of euphoric post rock landscapes. The EP’s reverb laden pop atmosphere, coupled with Villeneuve’s lyrical emotional depth and heart on sleeve honesty provides a beautifully dark yet romantic world that Yard Arms love to be housed in.

Ahead of the EP release, the second single ‘These Four Walls’, the isolation anthem they never knew they had written, will be released on June 5th.

What began as a solo coastal writing trip in 2019 for lyricist and frontman Villeneuve, has now transformed into a fist pumping indie instant classic that perfectly narrates the lockdown life we’ve been living in since March. Initially the song was an avidly honest commentary of longing for the ‘honeymoon periods’ in life and dealing with our internal voices that keep us thinking the grass is always greener. The timely lyrical themes began to take on a whole new meaning as the world around us began to shut its doors due to the coronavirus.

The band never thought that they would be releasing their newest offering in the middle of a pandemic, however it has put a meaningful new spin on things; this is summarised so acutely on the closing lyric, “when will we find our solace and our sanctuary lines?”

These Four Walls is released June 5th and will be available on all major platforms.

Sanctuary Lines is released June 26th and will be available on all major platforms.