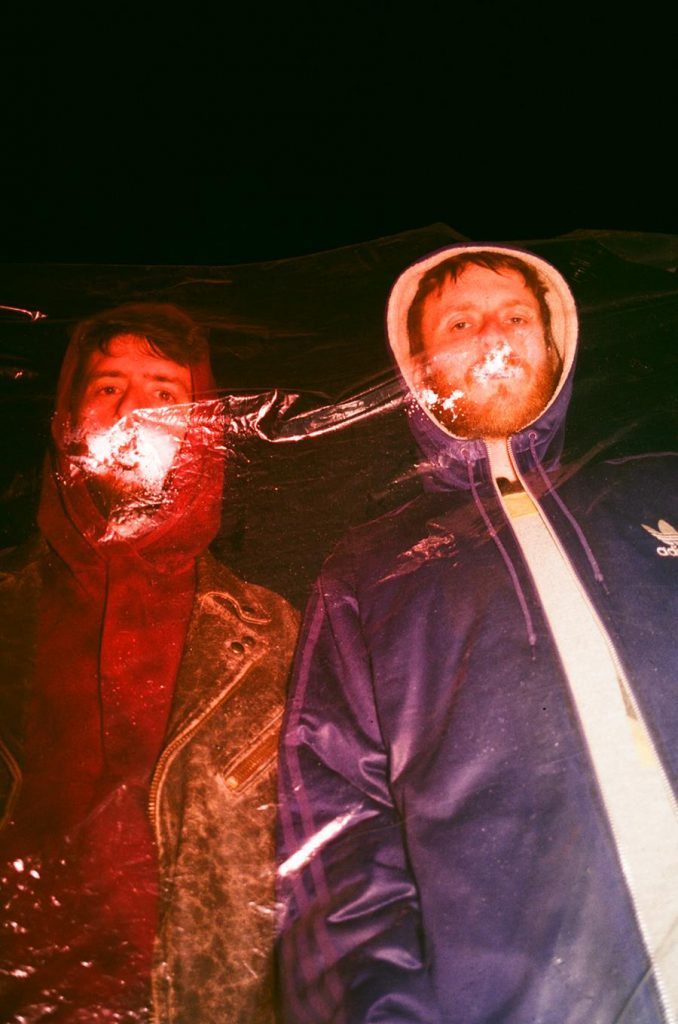 Soccer96 have shared their new single ‘Children Will Dance’. The single follows on from the announcement of their much anticipated return with their previous single ‘I Was Gonna Fight Fascism’, which was described by the Quietus as “an absolutely intergalactic kosmische instrumental underpinned by jaw-dropping drums.”

The new single ‘Children Will Dance’ builds around around a vintage Soccer96 groove, transcending retro-futurism, cosmic funk and celestial dance. Psych-infused synths and a propulsive rhythm section fluctuate as the single shape shifts around a mysterious, hard driving bass line (provided by Total Refreshment Centre studio boss, Capitol K). The result is a deeply contemplative and infectious reverie, which the band say “invites us to consider human existence in an unconditional celebration. Ish.”

Both tracks are taken band’s forthcoming EP ‘Tactics’, which is due out 26th June via Moshi Moshi Records – pre-order HERE.

The band also recently announced a new series of live videos, starting with a new video for their first single ‘I Was Gonna Fight Fascism’. Featuring psyched-out visuals, a shamanic performance from Alabaster dePlume and cyclical and expansive grooves from the duo, the videos were recorded at the seminal studio and ex-venue Total Refreshment Centre at the turn of the year.

As more and more live dates are cancelled or postponed due to the spread of COVID-19, and with people isolated in order to socially distance themselves, the series (made up of three parts – all featuring new material) comes as a much-needed moment of respite and offers a chance for Soccer96 to display their new music with a live performance which was thankfully recorded weeks before the social distancing took hold of the UK.

Soccer96, is the revered synth and drums duo of Danalogue [Dan Leavers]and Betamax [Max Hallett], who are most known as being two thirds of Mercury nominated band The Comet Is Coming (Impulse! Universal), and also producing and mixing the group’s records.

As well as performing live in various groups, Danalogue is an in-demand record producer, having worked on both of the critically acclaimed Snapped Ankles albums, as well as records by Bo Ningen, Ibibio Soundmachine, Flamingods, Lunch Money and Vels trio. Similarly, Betamax is a highly regarded drummer and is an auxiliary member of Sons of Kemet. His other bands include Hot Head Show, Champagne Dub and Super Best Friends Club.

‘Tactics’ sees Soccer96 expand on their duo template as they are joined by the entirely original Alabaster dePlume on vocals and Total Refreshment Centre’s head engineer Kristian Craig Robinson AKA ‘Capitol K’ on bass, who also engineered the recordings.

These new collaborations were born out of spontaneity. Having produced Alabaster’s LP ‘The Corner of a Sphere’ Danalogue and Alabaster found a lot of unexpected common ground, in composition, politics and heady late-night jams. They would often find themselves on similar festival bills, where Alabaster would be invited to jump on stage and recite one of his poems over a fiery improvisation. The lyrics were the same, but Alabaster’s delivery was supercharged, direct and pulsing with rhythm. It was clear that this had to be chronicled.

Recorded at their spiritual home, the infamous Total Refreshment Centre, ‘Tactics’ sees Danalogue and Betamax transmit impassioned and motoric synth-scapes over infectious beats and otherworldly dance. Built out of the raw energy of their improvisations, the band instil adrenaline into every track combining intricate synth riffing with wall of sound atmospherics and a fiery rhythm section. A delicate balance of dark and light, heavy and danceable, the expansion from duo to quartet on this EP also sees Soccer96 resituate itself within the vast musical universe that exists across their previous recordings and other projects.

Alabaster’s lyrics carry the voice of a disaffected generation. Responding in the moment, his vocal performances provide an acerbic and sardonic take on the hypocrisies of the leftist ideal against the backdrop of mass consumerism, manipulation of the media, the rise of fascism across Europe and the failings of humans in general. In an era of battling ideologies, Soccer96 are a propellant for Alabaster’s philosophical and topical poetry, amplifying these messages and providing a platform to extend their reach to new audiences.

Speaking about the collaboration, Danalogue says, “In some ways it’s very similar to how we started things with The Comet Is Coming, plugging Shabaka [Hutchings] into a guitar amp in our studio and egging each other on to go further, dirtier, louder. This time we plugged Alabaster into the Soccer96 turbo charger, and the results are pretty spectacular.”

1. I Was Gonna Fight Fascism
2. Children Will Dance
3. Buy It