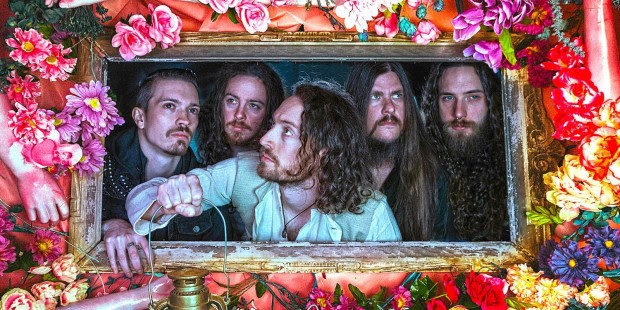 While being locked at home they recorded an alternate version of “Hope & Shadow”, which was originally released on the band’s second album “Sleep at the Edge of the Earth”.

WILDERUN comment: “We were super bummed when we were forced to postpone our recent tour, but we decided to keep ourselves busy in quarantine by starting a series of “Remote Rearrangements” of some of our previously released songs.  “Hope & Shadow” is from our 2nd album, and is part of the larger “Ash Memory” suite. We decided to isolate this song, and give it a slightly different spin, and we’re very happy with the result!”

The pre-order has started and is available here: https://Wilderun.lnk.to/VeilOfImagination

Digitally the album is already available on all platforms. “After months of being out of stock, and amidst many inquiries, we are excited and relieved be issuing a rerelease of ‘Veil of Imagination’!  It’s even more thrilling that it will be our very first album to be distributed by a record label, and we couldn’t be happier to partner with Century Media. In addition to finally getting this album out on vinyl, we’re also looking forward to releasing a special cover of Iron Maiden’s ‘Seventh Son of a Seventh Son’ as a bonus track on the CD rerelease, so our fans can get something extra with this new issue.” state WILDERUN.

“Veil of Imagination” is an epic, emotional and whimsical odyssey through landscapes of earth and mind.

Formed in 2012, WILDERUN has previously released two albums, 2012’s “Olden Tales & Deathly Trails” and 2015’s “Sleep at the Edge of the Earth”. With this slightly different approach to creating music, “Veil of Imagination” transforms and expands upon WILDERUN’s already indefinable style, resulting in an album that is at once beautiful and fierce. Clean vocals transform into deathly growls as the band alternates between exquisitely-composed orchestrations and savage metal, all executed with technical prowess.

Check out their video “Far from Where Dreams Unfurl” HERE!