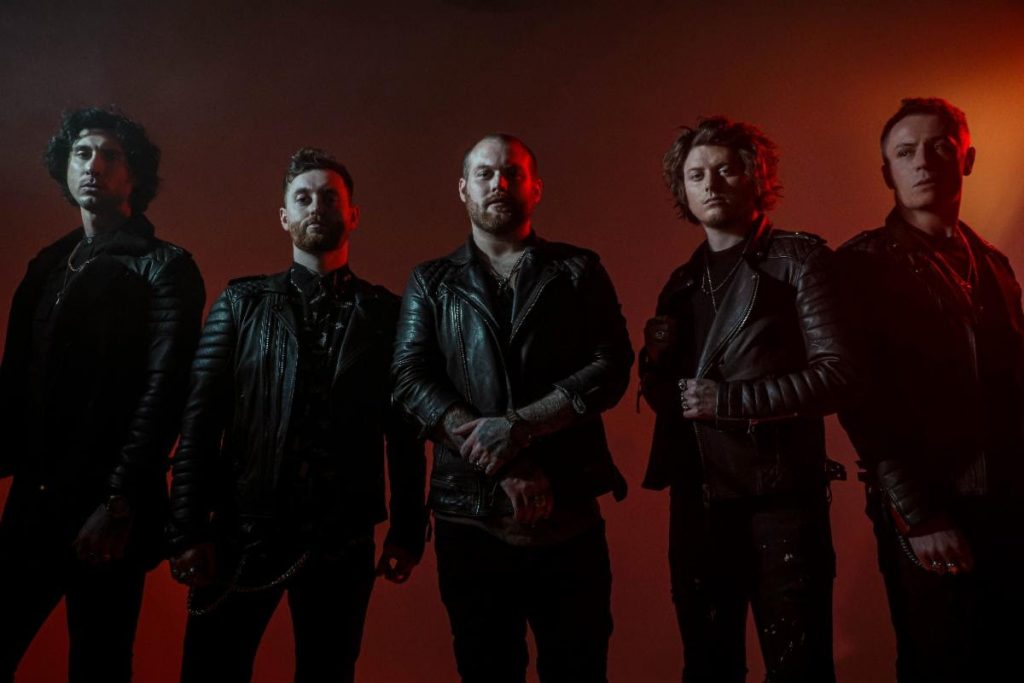 Asking Alexandria‘s highly anticipated and critically acclaimed sixth studio album, Like A House On Fire is out now on Sumerian Records. Listen now at likeahouseonfire.co

The band have also released an animated round table discussion between the 5 members about the album – Tune Toons (Like A House On Fire).

Asking Alexandria, one of the most successful rock bands of their generation, released House On Fire, the 5th track from the album earlier this week with an accompanying video shot whilst in quarantine. It was preceded by The Violence, They Don’t Want What We Want,Antisocialist and Down To Hell, which combined have hit a massive 25.4 million streams on Spotify and 5.5 million views on YouTube.

The band are also celebrated their fifth Top Ten hit at Active Rock Radio this week as lead single from the new album, Antisocialist hit #9 on the charts. It was one of the the fastest growing singles at Active Rock radio in the US for 4 straight weeks and has hit Top Ten in just nine weeks, making it the band’s fastest Top 10 charting single ever. It adds to their enormously impressive run of what is now 9 consecutive Top 20 hits at Active Rock radio and has already clocked up 3 million streams on Spotify and 2.8 million views on YouTube to date.

Since 2008, ASKING ALEXANDRIA have paved a path of their own, distilling danger and excess into an equally dangerous hybrid of stadium rock ambition, metallic energy, and electronic ecstasy. Against all odds, they achieved unprecedented success earmarked by two gold-certified singles (namely, “Final Episode (Let’s Change The Channel)” and “Not The American Average”), over a billion cumulative streams and views, and three consecutive top 10 debuts on the Billboard Top 200—Reckless & Relentless [2011], From Death to Destiny [2013], and The Black [2016].

In addition to headlining packed gigs on five continents, they have destroyed stages alongside Guns N’ Roses, Green Day, Avenged Sevenfold, Alice In Chains, and Slipknot, to name a few. Meanwhile, 2017’s self-titled Asking Alexandria spawned two of the group’s biggest singles to date: “Alone In A Room” (40 million Spotify streams) and “Into the Fire” (30 million Spotify streams). They are one of only a handful of bands from their generation who have consistently and successfully evolved over their decade-long career, maturing as song-writers and performers and growing in popularity whilst never losing sight of the core sound intrinsic to Asking Alexandria.

Now, fanning the flame like never before, the quintet burn even brighter on their sixth full-length LIKE A HOUSE ON FIRE. Once again recorded by producer Matt Good [Hollywood Undead, From First To Last], who also produced the band’s 2017 Self Titled release, LIKE A HOUSE ON FIRE was recorded throughout 2019 in between a high-profile arena tour supporting Shinedown and a direct support slot on the road with Papa Roach. The intermittent sessions allowed them to tap into the energy of touring, resulting in a 15 track opus of massive, arena filling rock songs.

One thought on “Getting Animated – Asking Alexandria”