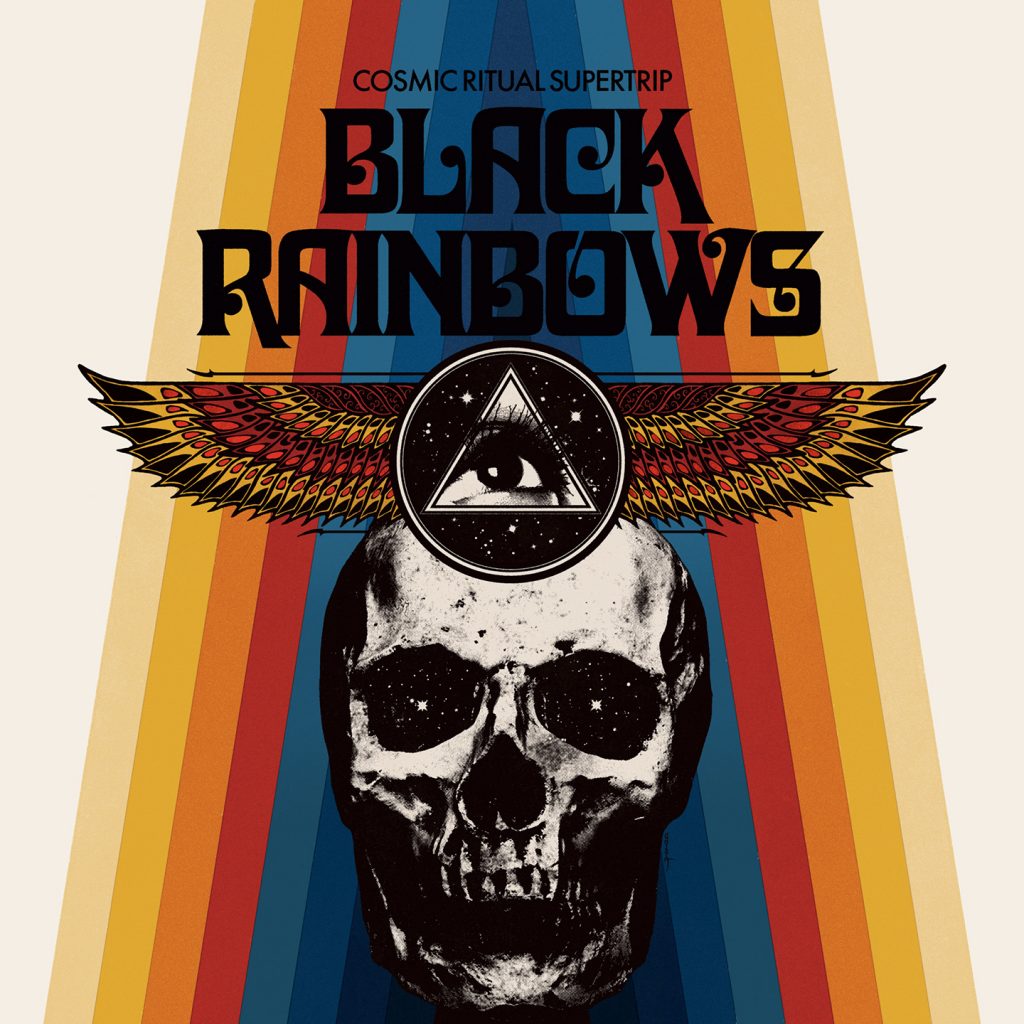 Black Rainbows have established themselves among the best Heavy Psych Stoner Space bands coming from Europe, spreading the word of Fuzz since 2007!

Their sound has oozed between classic ‘90s-style stoner fuzz and deep-cosmos psychedelia, drawing on the best of hard-driving space rock to conjure a vibe totally tripped-out.

This Spring they will return with a brand new album! This time they are delivering 12 new and fresh tunes, recorded and produced by Fabio Sforza at the Forward Studios in Rome, who was also behind the previous album Pandaemonium. “Cosmic Ritual Supertrip” has a monolithic force; guitars, drums and bass are all glued together to give the listener a punch in the face!

This record gets its magic power from mixing together a 70’s attitude with a doom-occult and stoner rock sound in a masterful way. The 8th album of the band is a strong contender to become their best work to date!