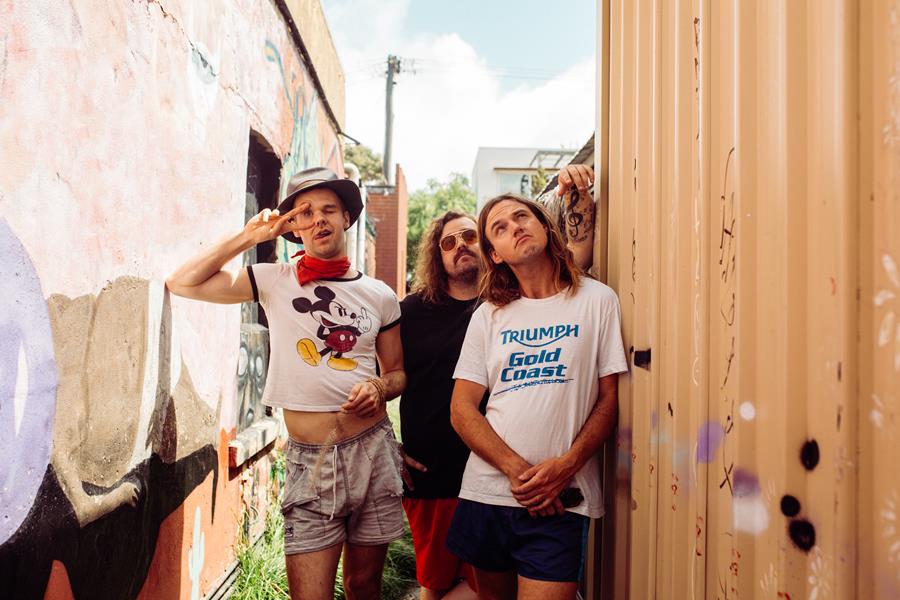 Australia’s Peter Bibby is back with his first new music since his acclaimed 2018 LP Grand Champion, and this time he’s buoyed by the disorderly Dog Act band. The new offering, entitled “Oceans,” is a ferocious slice of modern garage-psych that sounds like it’s cutting through your stereo speakers with a shiv. The song will be available digitally and on a limited edition 7” vinyl, paired with a B side “Quiver & Melt” from the same recording session.

“‘Oceans’ started out as a little sea shanty-esque poem scrawled on a piece of paper about going mad in the middle of the ocean. With the help of the Dog Act it soon morphed into a fairly raucous tune. I used vibrato on the guitars to give it a wobbly seasick kind of sound, and we had some mates join us in the studio to sing along and clink beers together in the final chorus to give it the vibe of a pack of people getting drunk on a boat. As far as I recall, it is the only song I have written about losing one’s mind out at sea,” muses Bibby of the track.

Of the briny visual accompaniment, he adds, “The video was shot around Fremantle over a weekend by Duncan Wright, Luna Laure and Rhys Jones who came up with the whole idea in no time flat after COVID-19 put holes in our original plan. I got to pretend I was a poorly dressed mermaid, a wharfy, a fisherman and a drowning guy as well as have a pretty damn good time doing it. I got a lot of seawater in my mouth for this video, but as we say in the game you have to suffer for the art. This is my second video featuring work overalls.” The clip is a dizzying, and psychedelic seasick fever dream. Aquaphiles beware!

Notorious as a folksy troubadour, scratching up against his signature resonator guitar – yet Bibby’s most in his element when he’s hurled against the Dog Act, his pummeling rhythm section composed of bassist “Strawberry Pete” Gower and drummer “Dirty Dave” Taylor.  The trio recorded “Oceans” at Perth’s Blackbird Sound Studio, alongside producer Mitch McDonald.

The singer-songwriter’s rough-and-tumble approach and affable personality has gotten him plenty of mileage as a live act, performing at festivals such as Laneway, Falls and SXSW while also notching up his fair share of rowdy headlining shows as well. This has also translated into two well-respected studio albums: 2014’s Butcher/Hairstylist/Beautician and 2018’s Grand Champion.

He’s an artist that has been celebrated as inherently working-class and wholeheartedly independent – as commemorated by the 2018 documentary Chasing Palm Springs, which followed Bibby on a literal cross-country journey from Perth to Melbourne in a temperamental van.