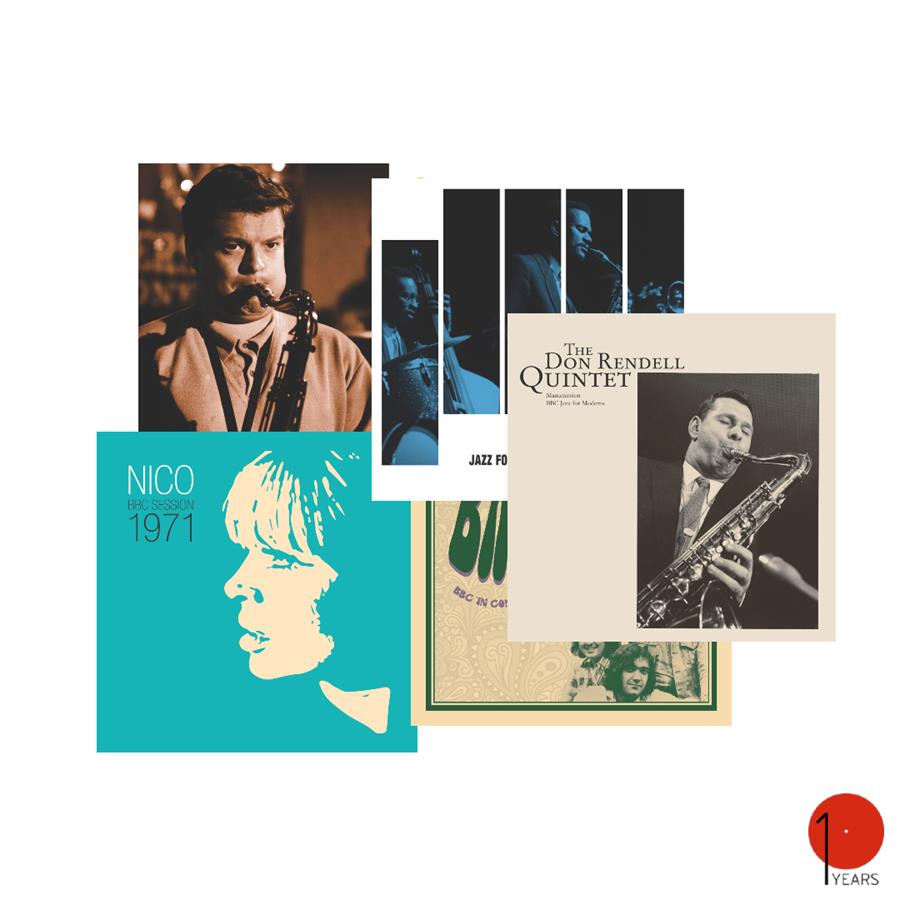 As part of their plans to commemorate 10 Years as an independent label, the London-based Gearbox Records has announced the digital release of its BBC Hidden Gems series.

Scheduled for release over the course of May, the series features 5 historically relevant albums that have until now only been available via Gearbox on vinyl. The music covers a range of styles and eras, from Velvet Underground collaborator Nico’s dark musings, to the pioneering modern jazz of cult figure Tubby Hayes, to the ingenious UK blues rock of Back Door. These valuable recordings, cherry-picked from the BBC archives, are true gems that deserve to be heard.

To mark the announcement of the series, the label has also released a single from each album. The singles and album details/release dates are as follows:

Previously only available as a vinyl release on John Peel’s and Clive Selwood’s Strange Fruit label during a brief period in 1988, this four track EP was the first of two sessions Nico performed for John Peel. It was recorded live for BBC Radio One’s Top Gear on 2nd February 1971 and broadcast the following week. This haunting session is Nico at the height of her creative powers as testified by those who saw her solo concerts accompanying herself on harmonium around this time.

A recording of the BBC Jazz For Moderns radio series session, broadcast in 1962 from the BBC Maida Vale Studios. Previously only available as a limited vinyl pressing via Gearbox.

BBC Jazz For Moderns was recorded in 1962 – during the years when Hayes had his own television series on which he appeared with his 15-piece big band including long-time collaborator Jimmy Deuchar on trumpet. The way he treats his instrument with expertise on slower paced compositions such as ‘Souriya’ (dedicated to his wife Maggy) complements the piercing oboe and polished French horn sounds, making this another valuable record of his unabated talents.

The first ever commercial release of a burning 1962 Maida Vale session, this is a lost treasure of a recording. It features Shake Keane on trumpet and flugelhorn, Pat Smythe on piano, Coleridge Goode on double bass, and the solid-as-ever Bobby Orr on drums.

In July 1973, Back Door were on a major high, having just finished recording their second album for Warner Brothers at Electric Lady Studios in New York. This BBC Radio ‘In Concert’ programme was broadcast immediately on their return to the UK and is now released for the first time. Colin Hodgkinson, Ron Aspery and Tony Hicks were virtuoso musicians intent on taking the blues in a whole new direction, and were championed by DJs and tastemakers of the day including Charles Shaar Murray and Alexis Korner, who hosted this performance.