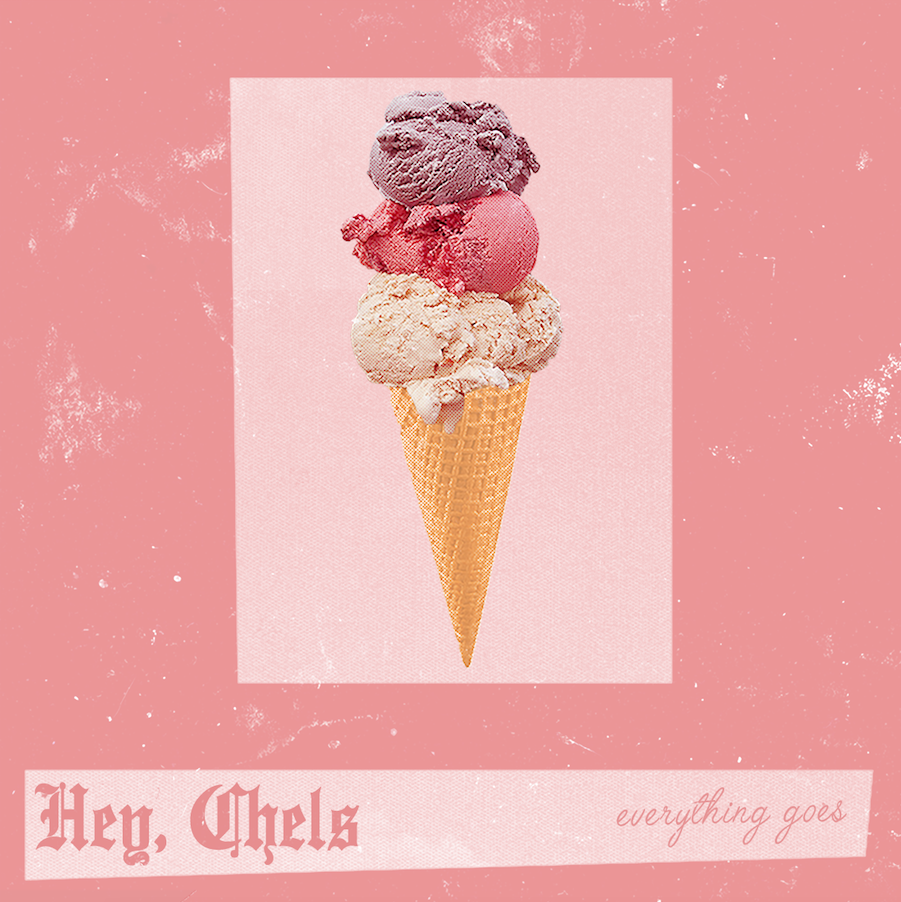 San Diego’s Hey, Chels have released their debut full-length ‘Everything Goes’ digitally for FREE on Bandcamp. The LP is also streaming on DSPs and will be released on vinyl later this year via Brainworm Records.

The band says, “Our reasoning is that we don’t feel right asking for money right now with the current state of everything. If you feel like helping the band out, share us with a friend, add us to a playlist, share us on your socials, we would very much appreciate it.”

The follow up to the band’s well-received 2019 self-titled EP, ‘Everything Goes’ was recorded by Pat Hills at Earthtone Studios in Sacramento, CA.

Due to the current state of the world Hey, Chels had to cancel all tour plans but will be back out as soon as it’s safe again.

Hey, Chels is what you get when you spend 10 years of your life working for a degree you’ll never pay off. It’s realizing the whole world is terrible, while also serving as a reassuring pat on the cheek that everything is going to be ok. It’s a warm summer day and a cold winter night. Hey, Chels is a four-piece rock n roll band from San Diego fronted by Jax Mendez (New Way On) and featuring Stephanie Presz (The Newports) on drums, Kevin White (Squarecrow) on guitar, and Ricky Schmidt (Western Settings) on bass.