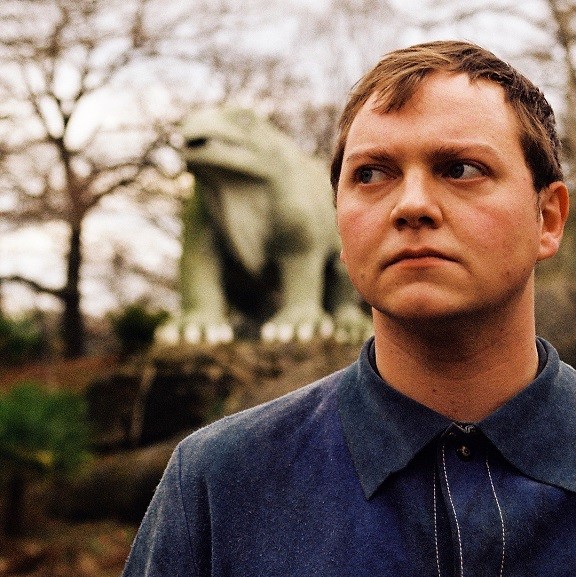 Wesley Gonzalez, returns with Tried To Tell Me Something, the second single to be taken from his upcoming sophomore album release Appalling Human.

On an album in which he confronts issues of the self, social anxiety and psychotherapy – alongside conducting character studies of complicated individuals – Tried To Tell Me Something sets itself apart as one of Wesley’s more poppier offerings. Low-key fizzing synthesizers, awash with a longing saxophone riff, later burst into a bright and vivid life in this examination of the power of looking at things from a different perspective. Wesley explains:

“I spent the months before writing it listening to strictly Prince, Disco and Eurythmics “There Must Be An Angel”. Lyrically it’s a song that focusses on hindsight and looking at things in a different light, how you can be totally in a partnership with someone and in relatively no time at all find that things have changed dramatically.”

Watch video for Tried To Tell Me Something HERE

Of the album itself, he continues: “The point of this record, was that it was ‘post-therapy’. ‘Excellent Musician’ was the ‘pre-therapy’ album and I wanted to get started on the next one straight away, so we recorded it and then other personal stuff got in the way.” It is the sound of a twenty-nine-year-old getting a handle on his life and learning to cope, even as a long-running love affair buckles, becoming psychic collateral in a family bust-up.

Of the new video, he adds: “Obviously under the current Lockdown my initial plans for a video fell through, so I reached out to fantastic digital artist and dear friend Alex Jackson to try and put something animated together. We discussed a couple of visual aesthetics we liked and sent each other a couple of videos of George McRae & Barry White to get an initial feel, then I let Alex run with it. We lived together for years and he has always been greatly amused by my fear of/obsession with ghosts, so I think he was inspired to use haunting imagery along with disco glamour. Previously we had done a really shonky 3D scan of me in his bedroom on a xbox camera, I’m glad he’s put it to good use.”

Along with therapy, taking better care of himself and a switch from guitars to learning and writing on piano, it was the choice of people to work with that helped him into this new creative phase.The new line up around Wesley was completed by the bassist Joe Chilton, singer Rose Dougal, drummer Bobby Voltaire and Callum Duffy on synths. They’d sit back and accommodate his demanding notion of how things should sound.

As the new way of working unblocked Gonzalez’ creativity on the first record, so too did new listening lead to stepping up his ambition for the scope and sound of its follow-up. He was going in for work each day at a Soho record shop, wanting to throw himself into traffic, then patching himself up with music.

“I was listening to loads of house music, hip hop, soul and funk. The more dance music you listen to, the more you go like ‘Oh, it’s OK not to be dreary the entire time.'”

Despite all the electronic prostheses that grace his solo project, at the heart of his music there is a depth to the song writing and a singular character to it. There’s an eccentricity somewhat akin to Harry Nilsson, or Andy Partridge of XTC, and a kind of melancholy (lost)innocence. His sensitive feel for characters and situations is simply unparalleled in his peer group. It’s a depth that becomes more and more apparent with each release.