Not All Doom And Gloom – Just Doom 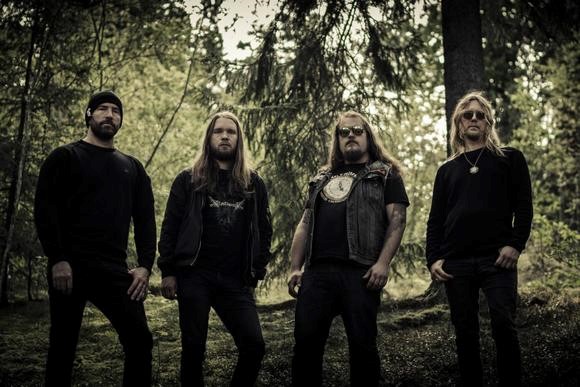 Hailing from the contemplative province of Mjölby, Sweden, their music in contrast speaks volumes.

April 17th will see doom heavy weights OCEAN CHIEF release their sixth studio album, titled Den Tredje Dagen, via Argonauta Records. After 5 years since their last record, this is a heavy ride through the band’s sound roots between the psychedelic and doom, with a crisp approach and a new hunger!

“We are very happy to present this album after nearly 20 years as a band.“ OCEAN CHIEF commented. “The intension to stay with our roots, with the heavy riff bonanza, and also to present an even harsher and darker side of the band, has been accomplished to our satisfaction.
There are haunting passages on the album that almost make us afraid of ourselves…The album was recorded during a weekend in the spring of 2019, and we have stayed with the formula of not overworking the final product. This is uncompromising doom, not for the faint of heart! And this is meant to be played LOUD.“ The four-piece, formed in 2001 by Björn Andersson and Tobias Larsson, evolved their sound to perfection in long tracks combined with electronic ideas, following OCEAN CHIEF‘s latest album, Universums härd. After the Swedes recently shared a first single to the album title track ( listen HERE! ) the band has just premiered a brand new video clip to the 12-minute magnum opus, Hyllningen.

Slated for a release on April 17th as CD, Vinyl and in Digital formats, the album pre-sale is available at AT THIS LOCATION!