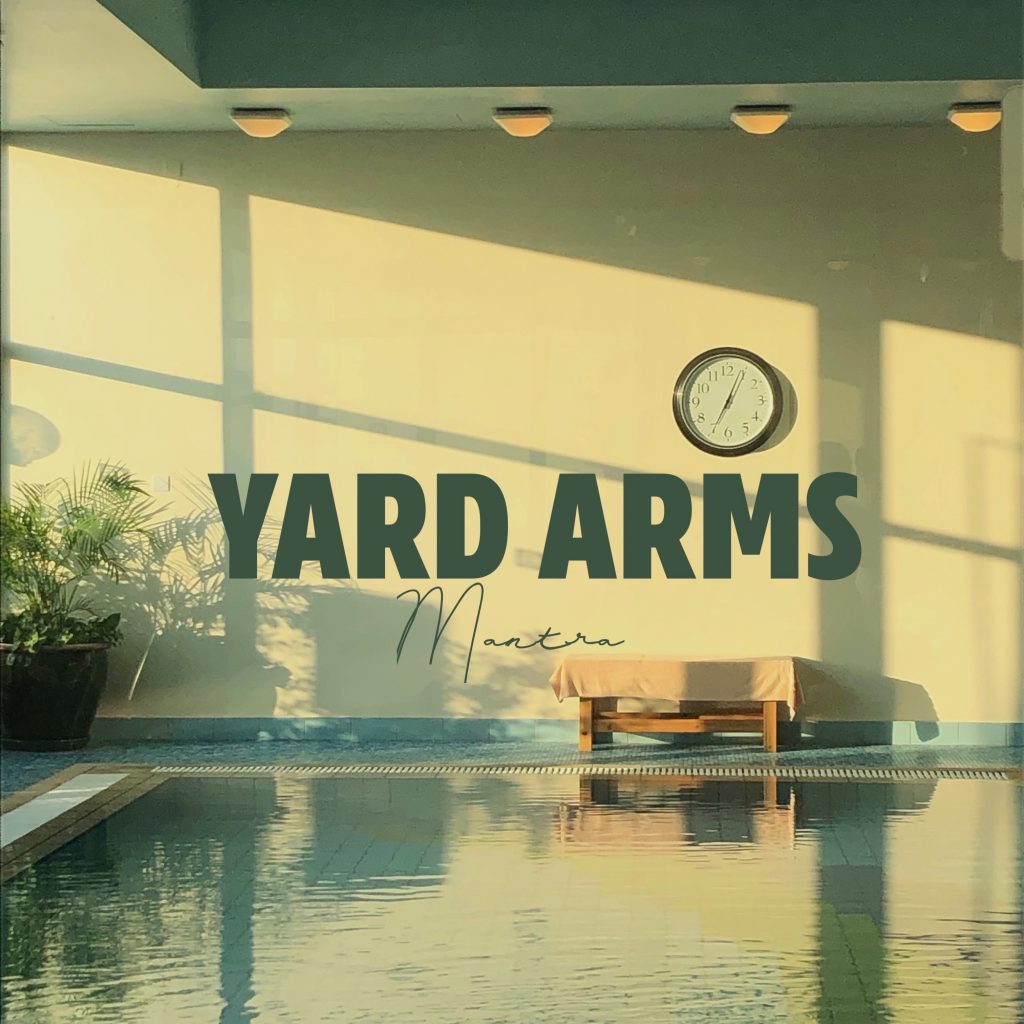 Yard Arms return with their promisingly melancholic new single ‘Mantra’, described by lyricist and frontman Villeneuve as a ‘triumphant love letter to the anxious’.

The track exudes the playful exuberance of Psychedelic Furs and INXS combined with the romantically morose lyricism ala Ben Gibbard or Paul Buchanan.

Think John Hughes movies if they were soundtracked by Tim Burton. A pulsating stadium sized emo-anthem to soundtrack your summer time.

Formed in 2018, the Bristol-based transatlantic duo are a jangle-pop powerhouse offering up a taste of late noughties euphoria and heartfelt melancholy.

The first year saw them release their hauntingly beautiful debut EP ‘Maiden’, later followed up by their sophomore EP ‘A Glossary of Broken Humans & Beating Hearts’ both of which saw continued support from national radio & press such as BBC Introducing, Amazing Radio and the likes of NME.

They’ve recently played notable shows alongside bands such as Arxx, Sorry, Crooked Colours, Band of Skulls, The Blue Aeroplanes and China Bears, as well as a headline slot at Rough Trade in support of Record Store Day.

The hypnotic Mantra is released May 8th and will be available on all major platforms. Stay tuned for more exciting news to come.