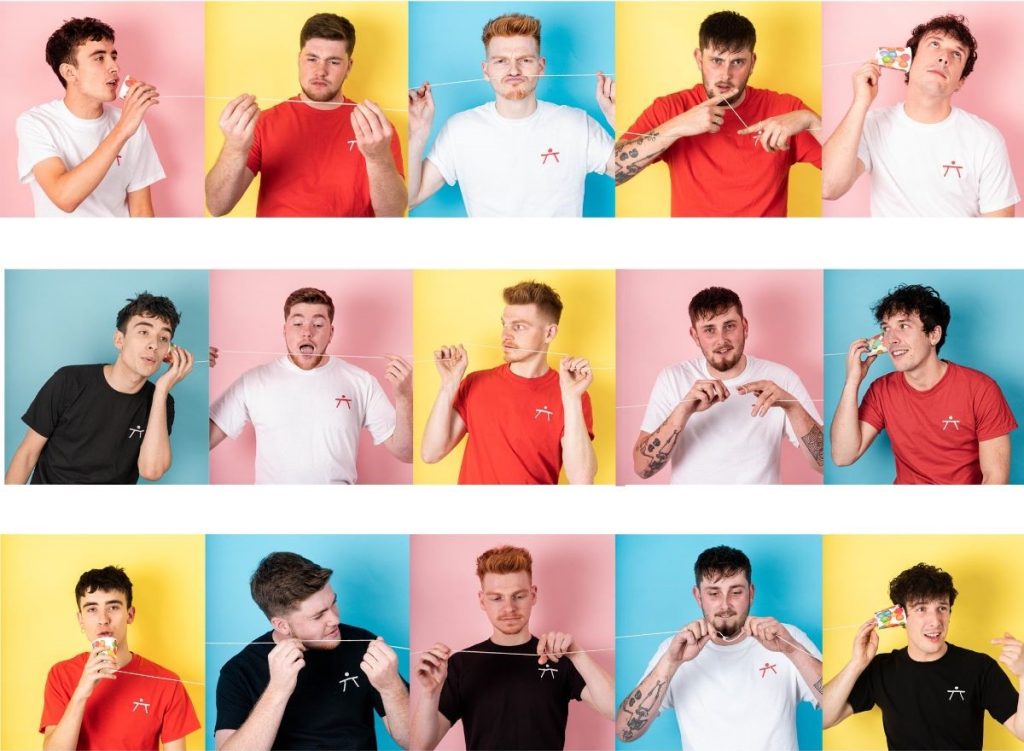 Dancing On Tables are a five-piece pop-rock band from Dunfermline, Scotland, who formed as bored school friends that happened to play the right instruments.

It has been a whirlwind journey for Robbie, Callum, Gregor, Hamish and Reece, which has seen them grow from playing friend’s parties and school halls, to supporting Catfish and the Bottlemen as part of their UK arena tour.

Recent releases saw the band perform at the likes of Latitude, The Great Escape and Dot to Dot festivals; bag spots on New Music Friday, The Pop List and other Spotify and Apple Music editorial playlists; become the sound of Schuh x Adidas and multi-year Scottish Water advertising campaigns; perform sessions for Shazam and STV; soundtrack opening credits of hit TV show Made in Chelsea; and be named one of Variety Magazine’s “10 Brits to Watch.”

As well as a 14 date UK tour, Spring 2020 will see the band release their highly anticipated next EP; where they can count American chart-topping writers Liz Rose (Taylor Swift, Little Big Town, Carrie Underwood) and Seth Ennis (The Band CAMINO), cult indie-star Only Real and Grammy winner Femke Weidema amongst the people involved with highly anticipated new material. The first single is the emotive, indie-pop banger ‘Not To Need You’ – Exploring the bands melancholic side, it’s a track that was written in Nashville alongside legendary songwriter Liz Rose. On writing the track, the band state

“Writing the track felt more like therapy than a songwriting session. We talked about all the difficulties we faced in life as we told stories of failed friendships and heartaches, before agreeing that we wanted a song that would encapsulate the pain and hurt that people go through in life, but ultimately show that there is always a light at the end of the tunnel. The track focuses on someone ending a reliance on someone else, but we wanted the track to apply to all uphill battles, and for “the best part of starting over, is not to need you anymore” to give people hope that things will always get better.“