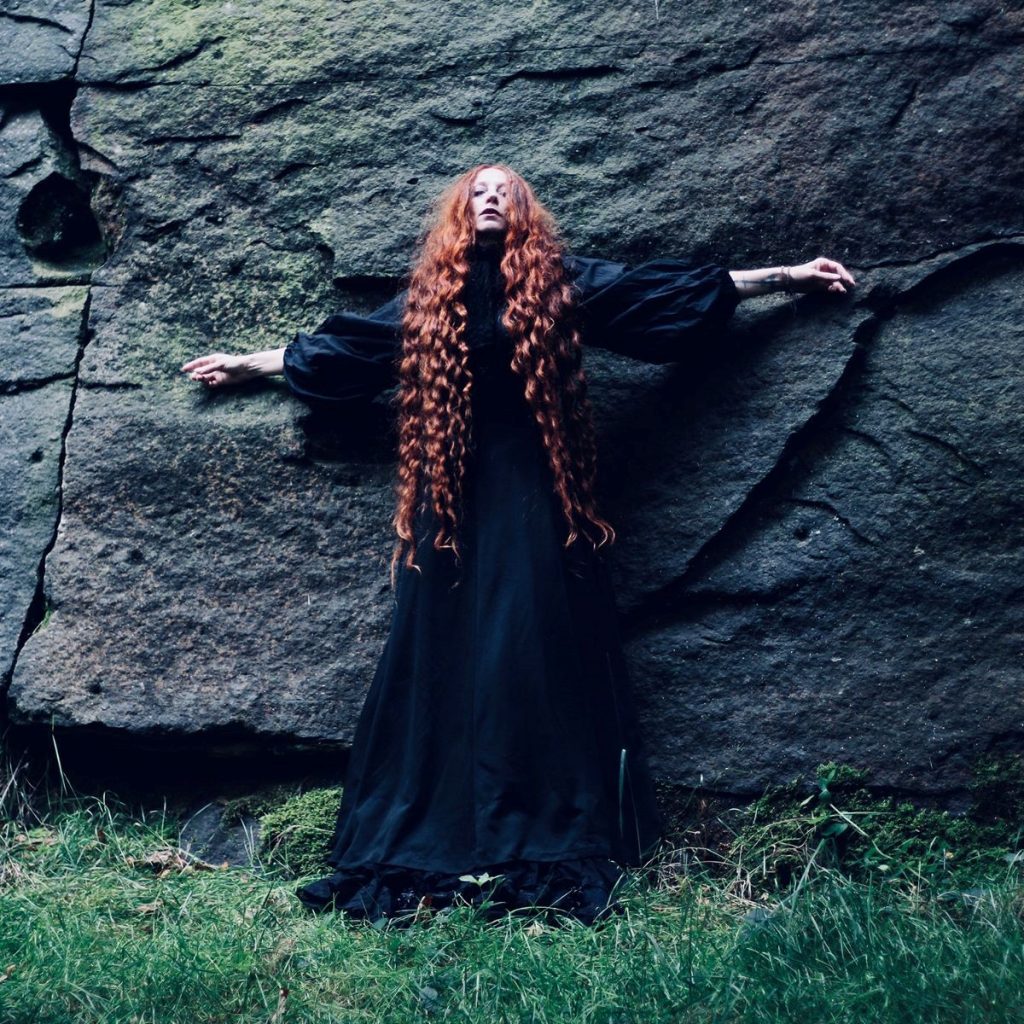 DARKHER are now premiering the bitter-sweet video single ‘Love’s Sudden Death’ taken from the beloved Northern English doom act‘s sophomore album “The Buried Storm”, which has been chalked-up for release on April 15.

The black and white clip ‘Love’s Sudden Death’ was filmed on location at Long Dike Moor, which lies between Hebden Bridge and Haworth in West Yorkshire – and is also very close to Top Withens, the moorland that inspired the Brontë Sisters’ novels and poetry.

Video credit
Filmed and edited by The Video Witch

DARKHER comment: “The third single taken from ‘The Buried Storm’, is titled  ‘Love’s Sudden Death’ and it takes the shape of a dark romantic ballad, which was heavily inspired by the mood of an ancient landscape”, writes the enigmatic Jayn Maiven “Dramatic, beautiful, and sometimes bleak, the emotions evoked by Long Dike Moor appear to perfectly mirror the feelings captured within the song.”

Darkness treads light as a feather. The voice of despair gently wafts through the air. Delicate pain wrapped in radiant beauty pierces the heart slowly yet without hesitation. The sinister yet beguiling images that DARKHER aka Jayn Maiven paints with her ethereal vocals, guitars, and added strings conjure iridescent cinematic scenes in which it becomes hard to tell whether there lies beauty in darkness or if it is the other way around.

With her sophomore full-length “The Buried Storm”, the guitarist, composer, lyricist, and producer has clearly succeeded to even improve the beloved alchemic musical formula that was firmly established on DARKHER‘s debut album “Realms” in 2016. Her mostly eerie and at times even outright sinister sonic storytelling comes refined on every level and with sharpened contrasts that reflect the ongoing learning-process of their creator.

DARKHER were conceived as the sole brainchild and solo-project of Northern English singer and guitarist Jayn Maiven in 2012. The dark and melancholic yet also massively heavy sound on the self-titled debut EP “Darkher” (2013) combined with the distinct vocals of the shy pre-Raphaelite beauty caused an audible buzz – particularly in the doom scene and brought DARKHER a quick record deal, which led to the following EP “The Kingdom Field” (2014) appearing via Prophecy Productions.

Despite not even having an album out, DARKHER were invited to prestigious festivals such as Roadburn in Tilburg, The Netherlands and Prophecy Fest in the Cave of Balve, where the English delivered widely celebrated performances. In 2016, the highly anticipated debut full-length “Realms” was finally released to much praise from critics and fans alike. Press compared DARKHER‘s music with a wide range of highly individual acts such as CHELSEA WOLFE, ESBEN AND THE WITCH, SÓLSTAFIR, LOREENA MCKENNITT, and PORTISHEAD.

Jayn’s long-time musical collaborator, Christopher Smith, who already contributed to previous releases and joined her band for live shows, returned once again to record drums on “The Buried Storm”.

“The Buried Storm” gives shape to the darkness lurking at the edge of consciousness, hidden from plain sight but patiently biding its time to strike out at the heart. DARKHER have delivered another frightening masterpiece that easily transcends musical boundaries with its broad appeal to friends of dark sounds regardless of genre. “The Buried Storm” captivates its listeners with deceptive sweetness – only to bind them tightly within a thorn-spiked nocturnal beauty forevermore.