Ten Years, With Love – Being As An Ocean 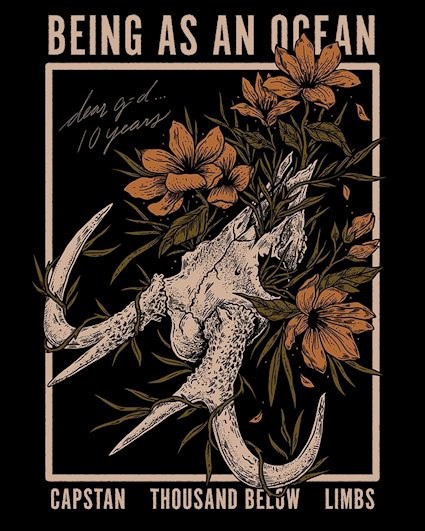 Being As An Ocean has announced a North American tour in early 2022 to celebrate the 10th anniversary of their album “Dear G-d”.

The 20-date outing kicks off January 12th in Los Angeles and extends through February 6th, making notable stops in Phoenix, Houston, Dallas, Brooklyn, Chicago, and Pittsburgh. Canadian shows are planned for Toronto and Montreal. Joining the tour will be special guests Capstan, Thousand Below, and Limbs.

Being As An Ocean comments: "We are elated to announce that we will be heading back out onto the road in January 2022 to celebrate Dear G-d… 's 10 year anniversary. We will be playing the greater part of Dear G-d…, including songs we have yet to perform live and a mix of fan favorites spanning the band's career. We will be joined on this North American tour by supporting acts Capstan, Thousand Below, and Limbs. We know these performances will be something special and can't wait to see you all again. Here's to 10 years and the future ahead. With Love."

It’s the 10th-anniversary tour of Being As An Oceans debut album “Dear G-d” that the band will be playing in its greater part. The debut ranked in the Independent Albums chart in the United States published weekly by Billboard magazine. 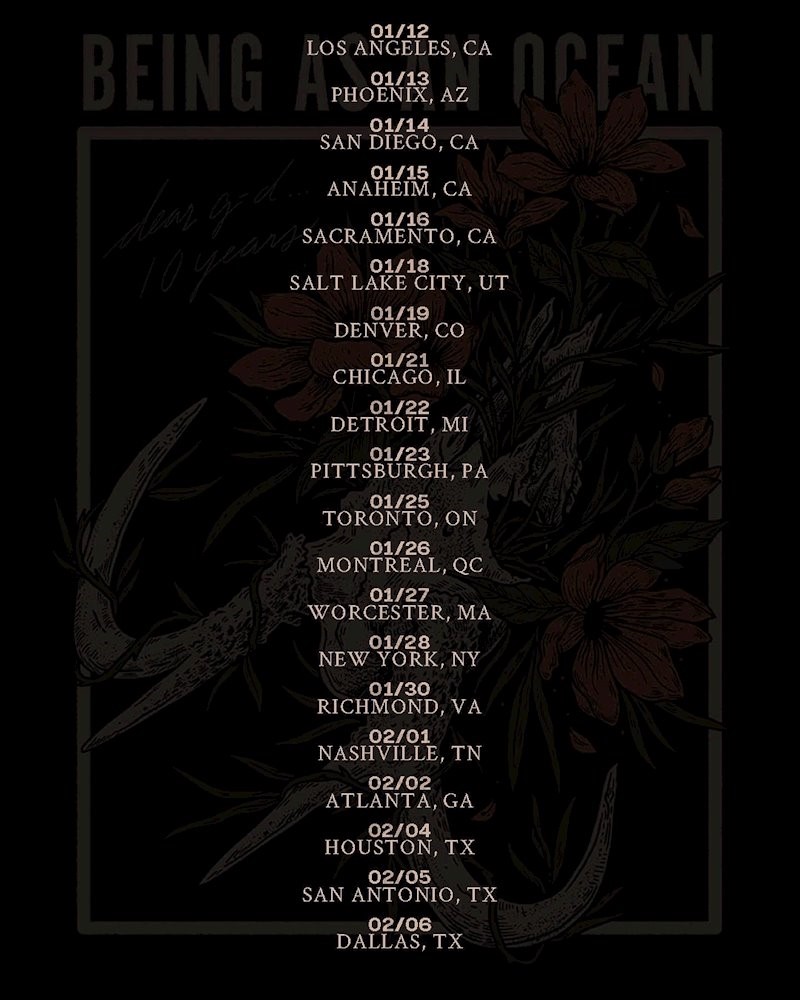 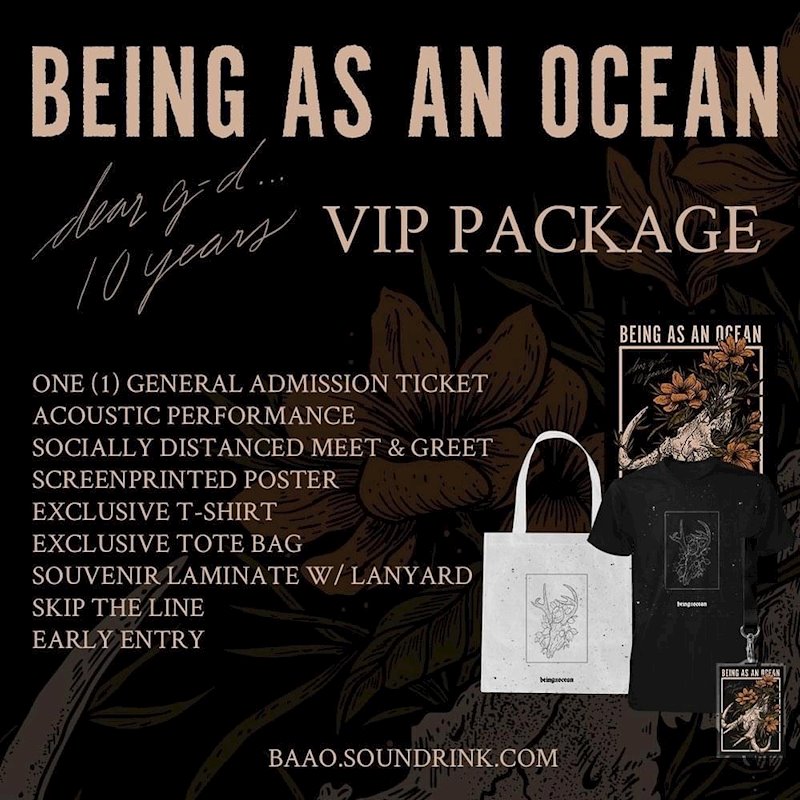 Being As An Ocean is that rare heavy entity that offers a full experience for the head and the heart.  Embracing vibe and spirit, Being As An Ocean stokes the embers that first drove them to make music into a raging inferno of sound and emotion.

Being As An Ocean has an immersive experience with every performance, wrenching catharsis from their post-hardcore punch and ambient excursions. It’s an approach that commands a crowd from the massive festival stages to co-headlining tours and headlining Europe’s Impericon Never Say Die! tour. With a steadily building catalog of moody anthems and textured epics earned them millions of global streams.

Later in 2022, Being As An Ocean will be heading over to Europe for additional performances. Their brand new single “Lost” is the second video/single from the California post-hardcore crew via Out Of Line Music following the single “Catch The Wind”.