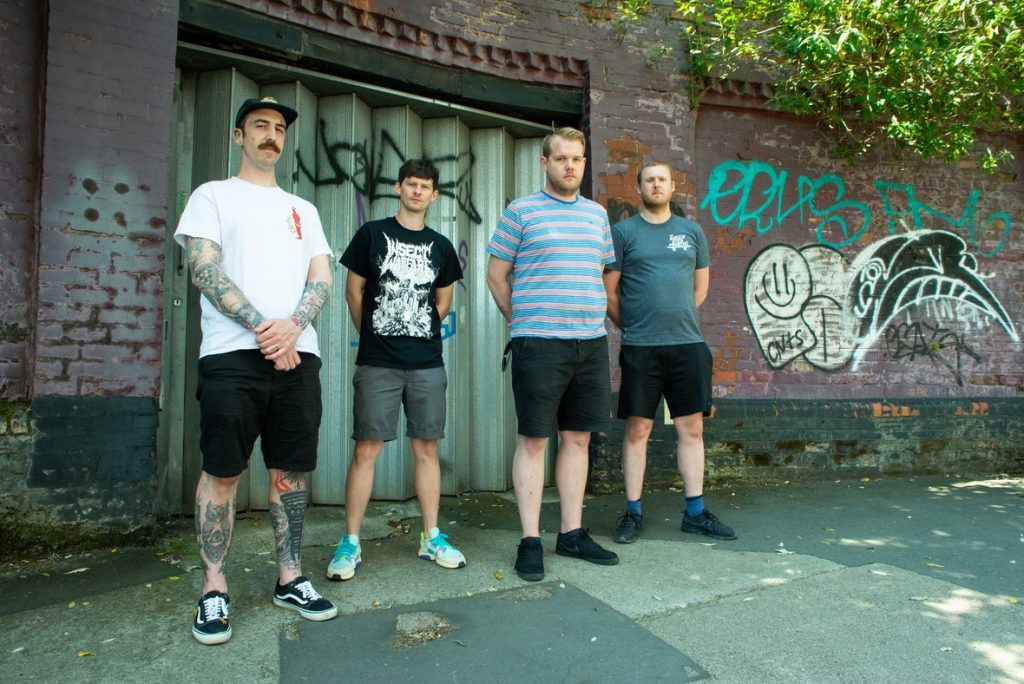 Watch the new music video from Manchester’s Fair Do’s, for their latest single ‘Love & Light’. In contrast to the song’s heavy metallic hardcore and nihilistic lyrics, the new video is a light-hearted lark around Blackpool’s beach, piers, and arcades.

Filmed in the northern seaside town of Blackpool, the Manchester skate-punks embrace their working-class humour whilst glimpsing the underbelly of tourist decay. Josh and Danny play on the 2p machines, ride the Ferris wheel, scoff chips and take in the seaside scenery whilst the song crashes and chugs in the background.

The excitement of a day out by the seaside is juxtaposed with imagery of grim seaside glamour. The duality of the video reflects the heavy undercurrent of ‘Love & Light’ which, despite its rosy title, revels in the despair of self-destruction, and of humanity’s decimation of the environment we rely on to survive.

These two themes run parallel in the song’s lyrics and its complex, hardcore instrumentation, highlighted in the chorus:

All the things I think are cool are fucking shit.”

Starring two of Fair Do’s – guitarist/vocalist Danny Cummings and bassist/lyricist Josh Sumner – the video is as DIY as they come. Filmed by Sarah Williams from Shout Louder, the video was produced on a shoestring budget: three tickets for the Ferris wheel, two ice creams and a portion of chips.

‘Love & Light’ is Fair Do’s second single this year, released with the support of Lockjaw Records (UK) and Thousand Islands Records (CAN). This release represents a heavier direction for the northern melodic hardcore band.

The band’s new music reflects the frustration and hopelessness of the working-class left-wing in the past five years, existing in the time of Boris, Brexit and COVID-19. Fair Do’s have been writing and recording in isolation, during the bleak winter lockdowns, creating an improved, heavier, tighter sound out of a disquieting experience.