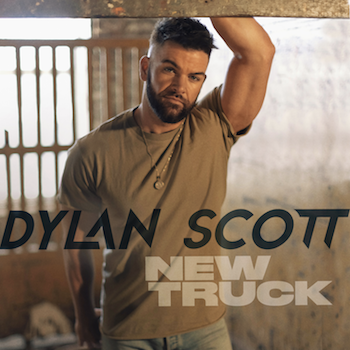 Curb Records recording artist Dylan Scott, who is currently main support on Luke Bryan’s Proud To Be Right Here Tour (USA), is excited to announce his next single, “New Truck,” the follow-up to his most recent RIAA Gold certified #1 single, “Nobody,” coming July 23rd.

“Bayou Stock is like my homecoming,” shares Scott. “I get to bring back the lights, the stage, the music, and the life that the people of Northeast Louisiana had a part of paving for me! I hope Bayou Stock can be everyone’s night to forget about everything going on in life and have fun!”

Scott is currently on the road as part of Luke Bryan’s Proud To Be Right Here Tour, which kicked off this past weekend with shows in Syracuse, NY, Hershey, PA, and Boston, MA.

Curb Records recording artist and 2021 CMT Music Awards Breakthrough Video Of The Year winner Dylan Scott is the total package – a powerful singer with a deep, resonating drawl; an old-soul songwriter with a young spirit; a heartthrob with an easy smile; and a dreamer who followed in his father’s footsteps to Nashville.

The Double Platinum-certified “My Girl” became his first #1 at radio, followed by Platinum-Top 5 single, “Hooked.” His Nothing To Do Town EP hit #1 on the Billboard Country Album Sales chart, and the project’s title-track was recently certified RIAA Gold, as was his self-titled debut album. With career on-demand streams at 1 billion, the Louisiana-native has headlined shows and opened for Garth Brooks, Luke Bryan and Chris Young. Scott garnered his first career nomination for Best New Country Artist at the all-genre 2019 iHeartRadio Music Awards and was named among Country Radio Seminar’s coveted New Faces of Country Music® Class of 2019. Additionally, he released a seven-song EP honouring legendary singer/songwriter Keith Whitley with An Old Memory (A Keith Whitley Tribute).

Scott is currently on the road as direct support on Luke Bryan’s 2021 “Proud To Be Right Here” tour. His most recent radio single, “Nobody,” debuted on NBC’s TODAY with Hoda & Jenna and is the singer’s second #1 at Country radio.