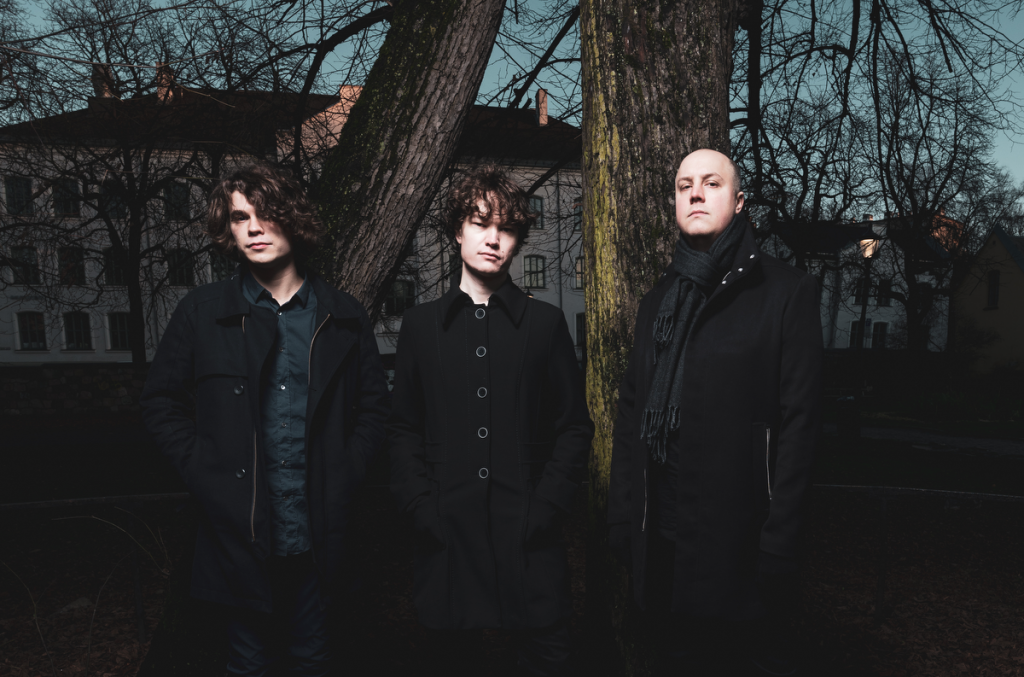 Sweeping atmospheric soundscapes combined with catchy hooks, tales evoking love, loss, angst and mourning for what you never had...

Showing that there is more to Norwegian trios than cartoon videos, art rockers Dim Gray are certain to whip up a storm. Oskar Holldorff could possibly be the long lost son of Morten Harket after 10 years of piano lessons, Håkon Høiberg has a unique folk indie guitar style, while Tom Ian Klungland brings just a hint of doom metal. Al that with a spine tingling mix of vocals and and a Patrick Bateman-esque love of Phil Collins.  Intrigued?

1st 3 – Your album ‘Flown’ has had some great reviews, you must be really pleased.

Håkon: It’s very cool to see those reviews, it’s been so positive, very surprised. When you’re independent, you just put it out and cross your fingers.

1st 3 – Over the past year, with the pandemic, you’ve not had the chance to gauge the reaction of a live audience, which must be difficult and isolating.

Oskar: Yeah, it’s been a bit weird. We managed to play one gig as a belated release party, three or four months after the release of the album and that’s it. It’s been nice to have the reviews in and get people contact us and tell us they enjoyed the album because it’s been a weird experience releasing our debut album and not being able to play it live.

Tom: There are some areas in Norway that have shut down again but right now it’s pretty open so you can play gigs again and venues are opening.

Håkon: There are still some restrictions in the big city, there’s a limited amount of guests but you can see it’s starting to open up. 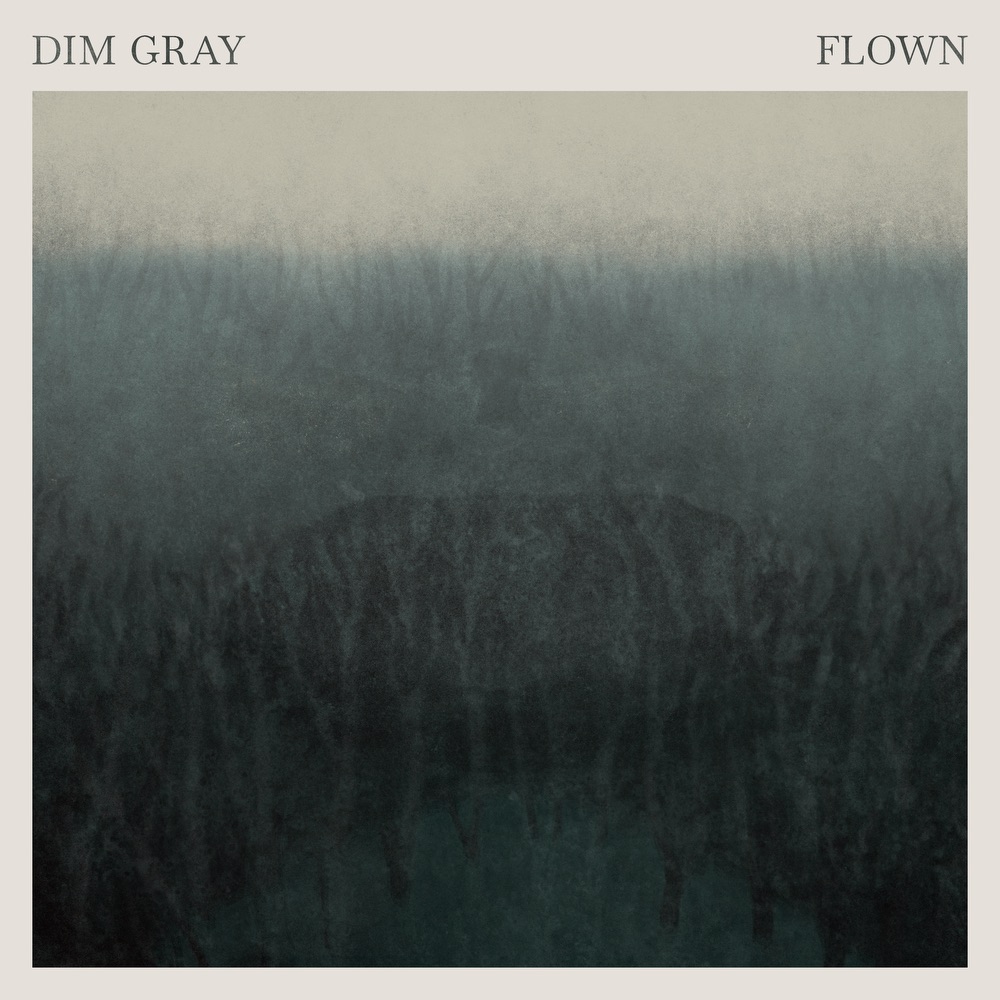 some of the riffs and elements in Dim Gray are very like traditional Norwegian folk music..

1st 3 – Black Sun shares a name with the book by Julia Kristeva about psychoanalysis, melancholia and loss, particularly the loss of the mother figure or the loss of the unidentified thing, how did you come to be influenced by it?

Oskar: That’s possibly a bit more shallow than it sounds because I picked up that reference because my girlfriend was reading that book. I just liked the idea of the black sun. When you’re struggling with depression, things can be turned on their head. I liked the idea of the whole world being against you, even the sun being like this intrusive thing that you feel that nothing is quite right. So, I read a little bit but it was more about taking the idea of that and trying to explain it in my own words rather than leaning on it completely.

1st 3 – Some of the things she describes, such as pauses and space in language, fits in with what you’re doing, rather than using a standard song structure. For example, in Again there are pauses, in Black Sun you have a very long outro, almost like a stream of consciousness. Was that a conscious decision, was it tied in with the lyrics?

Oskar: Yes, a lot of the lyrics do that. We say that the story begins at the end, that what it begins with and then the last sentence of the album is, this is where it begins, and that’s the end of the album. So, we wanted to make things that were circular, so you have the circular storytelling, and then you have carousels and recycling of themes musically, so we wanted to tie it all together.

Tom: The music has to breathe, or it will become monotonous even if it’s low intensity or high intensity, so that’s been a very conscious choice when making the music. Also, when arranging, how we used the instruments, both our instruments and the people we’ve had, the strings for example. I know in my own playing areas, air in the music, air in the drums, is extremely important. It makes the music breathe and creates groove and space in the music.

Håkon: When it circles and you get the reference or something that you can see from the different songs, it gets easier for the listener if it’s repetitive.

Håkon has got this wonderful airy sound, wide sound, and mine is more narrow and defined..

1st 3 – Are there times though when you want to challenge your audience musically?

Oskar: It’s certainly the case in the production and when we experiment with things. In the song Closer we got these weird samples and nasty drum sounds and it just evolves into chaos and that wasn’t a songwriting decision, it was more a production decision. But I think that we definitely want to do that.

1st 3 – There is a lot of reference to natural phenomena, in your lyrics you refer to waves, sound, the sun, and so on. To what extent does your environment influence you?

Oskar: Good question. We’ve all contributed lyrically to this album. I think that it’s evenly spread between all three of us. I think that we just arrived on certain themes and lyrical imagery.

We don’t want to sound like a folk music band, we want to be electric also...

1st 3 – It’s unusual to have a band where lyrics is a three-way process. Tom, most drummers don’t get involved in lyrics.

Tom: I’ve written some lyrics for Dim Gray but I also write a lot of lyrics and music for one of my other bands. I had to contribute somehow because I think only six out of twelve songs on Flown have actual drums, so I had to contribute in some other way. I think that if it serves the song, it doesn’t need to have drums. That becomes part of this thing about breathing and air, and the ups and downs in the music, the dynamics. A song doesn’t necessarily need drums or guitars, so whatever serves the song and the music, that’s the most important for us.

1st 3 – Unlike most bands, you have songs where Oskar and Håkon each sing different verses, what made you do that rather than Oskar doing all of the lead vocals?

Håkon: We’re writing together, it’s a lot of things, maybe it’s ego, maybe I like being at the front of the stage, I don’t know. Oskar, Tom and I we write a lot together and maybe I get the part that works, maybe I get a bridge that I really like. We’re very polite to each other. I think that it’s accidental.

Tom: It’s been like this since we started. I think that the first two songs we played, one of them had Oskar as the lead vocalist and one of them had Håkon, so it’s been a natural thing. I don’t think it’s something we’ve ever consciously decided that we should have two lead vocalists. In the process of writing those songs, there were some songs where we went back and forth, should Oskar sing this or should Håkon sing this, and we tried it out. We didn’t really think about it – it was always natural for us because we felt we had two good lead vocals so we should use them both.

Oskar: I like the distinction between the vocals. Håkon has got this wonderful airy sound, wide sound, and mine is more narrow and defined, I suppose. I like it when you’ve got these very different voices that complement each other and you use them for different things.

Håkon: It creates possibilities, we use what we’ve got.

1st 3 – You have a lot of different influences, including folk. On the festival circuit would you consider playing a folk festival or just rock festivals?

Tom: Right now, whoever books us we’ll play. If people want to have use there and want us to play, we’ll play. I feel our music has a lot of diversity, so it doesn’t necessarily fit into one box or one genre, a lot of people can enjoy our music.

Where did the folk side come from, is there a big folk scene in Norway?

Håkon: We don’t want to sound like a folk music band, we want to be electric also. We try to put it all together and see what we sound like in the end.

1st 3 – There are elements of stoner and doom rock too.

Tom: Yes, my background is mostly metal, black metal, death metal but on Flown it’s a combination of drumming but also the guitars and the riffs on a song like Dreamer’s Disease, which I feel is the hardest or most intense song on the album. Again, I don’t think we were influenced by a genre or a band, we just felt that this song needed some more intense elements and whatever suited the song and played well with the lyrics.

Håkon: The song was at first made with an acoustic guitar because the tuning that I used was one I’ve heard used in some Norwegian folk music, where they tune it an octave down. So it sounds very low, so I had to use a baritone guitar. When I did this riff on the electric guitar, it sounded very different, so it went in this other direction. 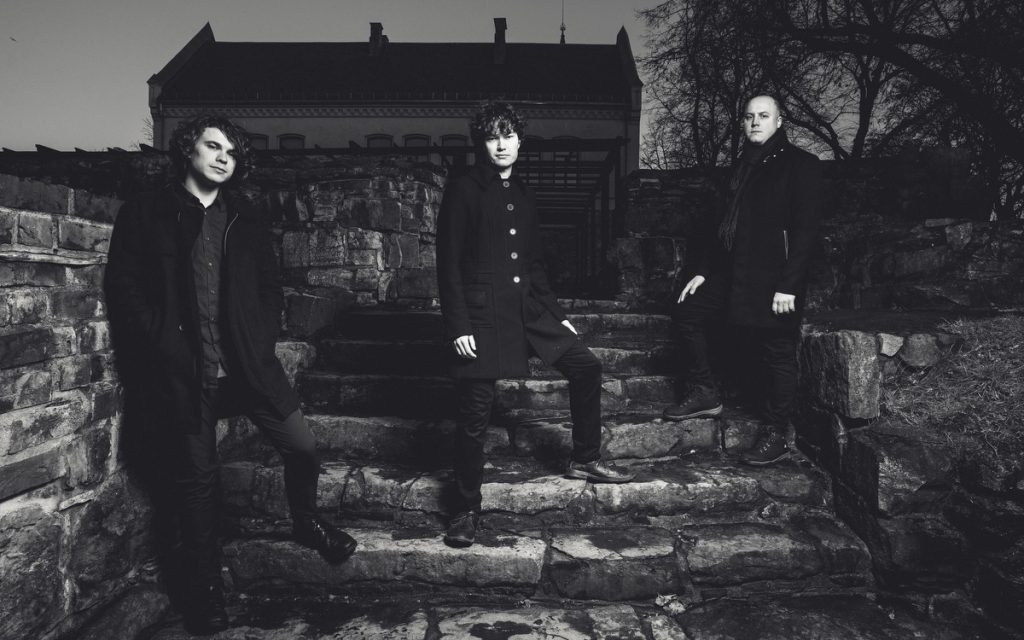 1st 3 – You’re a trio from Norway, do the a-ha comparisons drive you mad?

Oskar: A little bit. I think it’s a lot of fun though. I especially get that my vocals sound like Morten Harket.

Tom: Yes, we’ve heard that a couple of times now, but I don’t mind.

Oskar: I don’t think that they’re a big influence for any of us, but I don’t mind.

Håkon: I think there was a poster, a picture of us comparing us with Morten Harket.

Oskar: Yes, then we had half the reviews comparing us with a-ha. I didn’t really think that would happen though, I thought that our music was quite different, but I definitely don’t mind.

1st 3 – What are your plans for the rest of this year and next year?

Oskar: We’re working on an album, a follow-up to Flown and we’re trying to finish it as fast as we can without compromising on the quality. Hopefully we’ll be able to play a lot more live next year.

1st 3 – Flown had various themes, melancholy, loss and so on. Has the new album got a particular theme?

Tom: There’s something about the album format and doing a concept album that appears to us so yes, there will be a concept, a thread or whatever you want to call it.

Tom: We’ve previously said Radiohead but if it were my choice of whatever band whenever, it would be Genesis.

Håkon: I’m with you, or Phil Collins. I could do that.

Oskar: I’d love to warm up for 70s Genesis, that would be the gig. I don’t know, Radiohead sounds great.

Contents of this article are copyright of 1st3 Magazine. It is prohibited to reproduce in whole or in part without prior written permission.