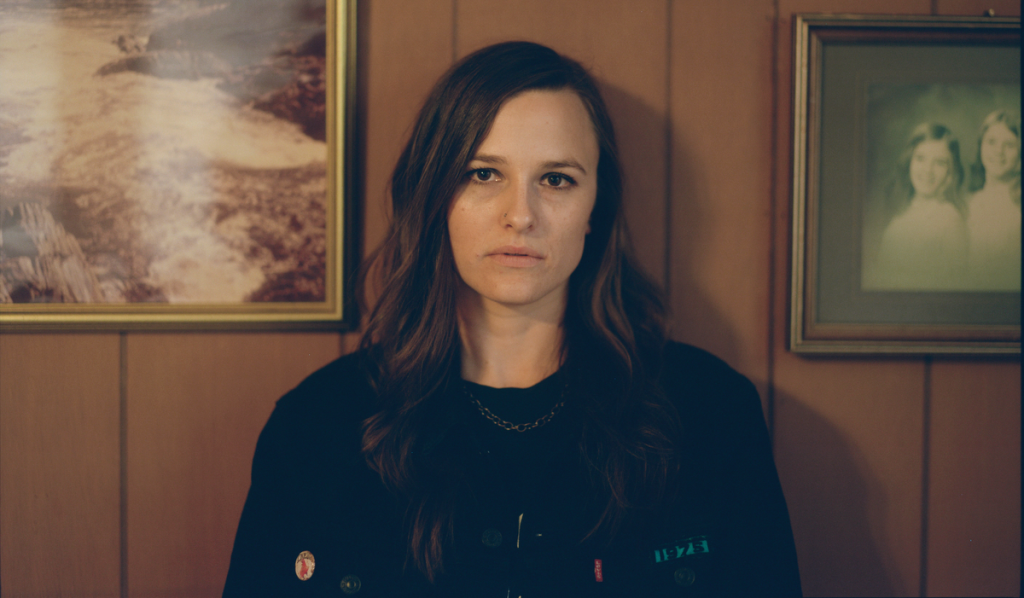 Emily Wolfe is an Austin, Texas based singer-songwriter and guitarist who has spent the last few years making a name for herself as an electrifying, live rock solo artist. Described as the sonic merging of PJ Harvey and Jack White, her 2019 self-titled debut album was co-produced with Ben Tanner of Alabama Shakes.

Its brand new follow-up, ‘Outlier’, is produced by Michael Shuman (Queens of the Stone Age, Mini Mansions) and marries Wolfe’s rock roots with the soaring choruses of modern pop, exploring and obliterating the boundaries of both and arriving at a guitar-drenched sound that is wildly unpredictable yet immediately magnetic. It is an album built on exquisite tension: an endless push-and-pull between desire and resistance, determination and self-sabotage, the instinctive need to belong and the urge to strike out on one’s own in its bold but masterful genre-bending.

Wolfe explains that "I wanted to try something new and different. I wanted to step outside of the blues-rock box and see what else could happen. This record is my attempt at crossing genres between classic '70s rock, '80s pop, '90s grunge and modern pop elements. I wanted to see how far I could push my boundaries musically while still holding onto my integrity as a guitar player. ‘Outlier’ is a huge indicator of where I'm headed as an artist. My goal is to create well-crafted rock songs with polished pop production, but stay true to myself as a lover of guitar solos." 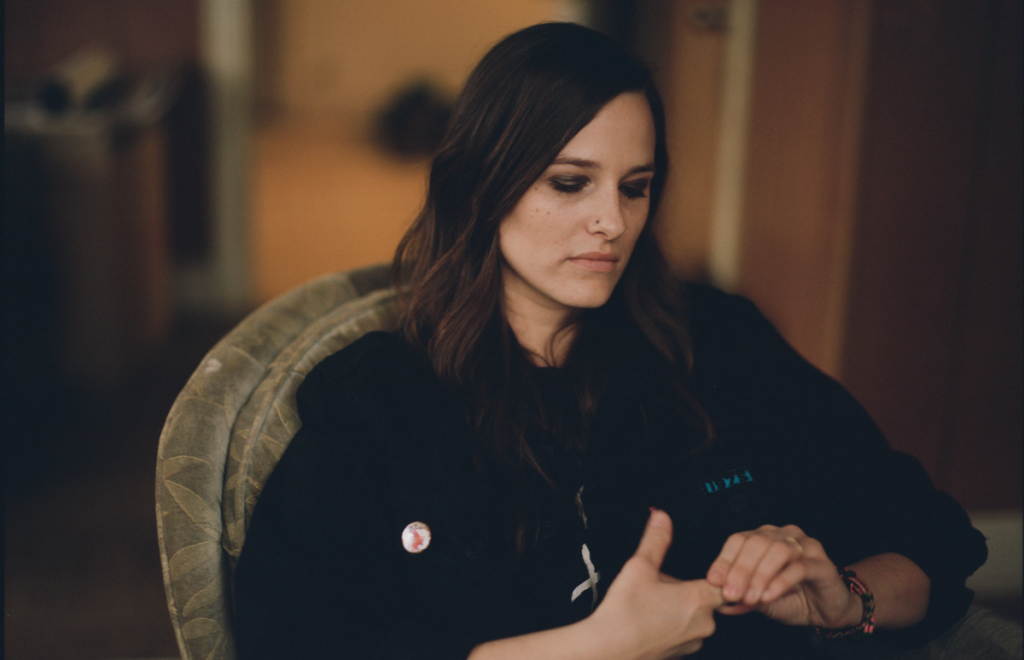 Wolfe’s guitar skills have long been acknowledged, with Epiphone/Gibson even launching a signature model Sheraton Stealth for her in March 2021. Elaborating on both her guitar and vocal chops, Shuman adds that “Emily is an insane guitar player and has a beautiful, raw voice that is so hard to find these days. That rawness is as genuine as she is as a human being, and is reflected in her vulnerable and honest lyrics. She carries true musicianship and a deep knowledge of all genres of music. I think we were a great match for making ‘Outlier’ together. We both had the same vision of making a timeless rock ’n roll record with a hint of pop sensibility and modern production. I think we have accomplished just that.”

Album opener (and current single) ‘No Man’ sees Wolfe present a powerful introduction to the aesthetic of ‘Outlier’, adding jagged synth as well as her blistering guitar work to the song’s message of fearless self-sufficiency (sample lyric: “Don’t need no man to tell me how to work my machine”). “I wrote it out of passion and rage, and for every person who has ever felt stifled in their endeavours,” she states. “It was written after a few situations where I had people telling me I needed a man to help me out with certain aspects of my music. It came from a place of frustration and rage, but really it’s about independence, how I don’t need anyone but myself to do what I want to do.”

By contrast, introductory single ‘Something Better’ opens with a thrumming synth-pop beat that transforms into a buoyant rock tune with a hypnotic guitar melody, flawlessly showing off the confident, intriguing and always unpredictable nature of her new sound. “This was written at a difficult time in my life, when I was working hard toward a future but wasn’t sure if that future would ever come. But, with the pandemic, it feels more like a universal song about wanting change and not knowing when things are going to be okay. I wanted to take my love of ’80s and ’90s music and twist it with modern pop sounds. I wanted it to sound fresh, but familiar.” 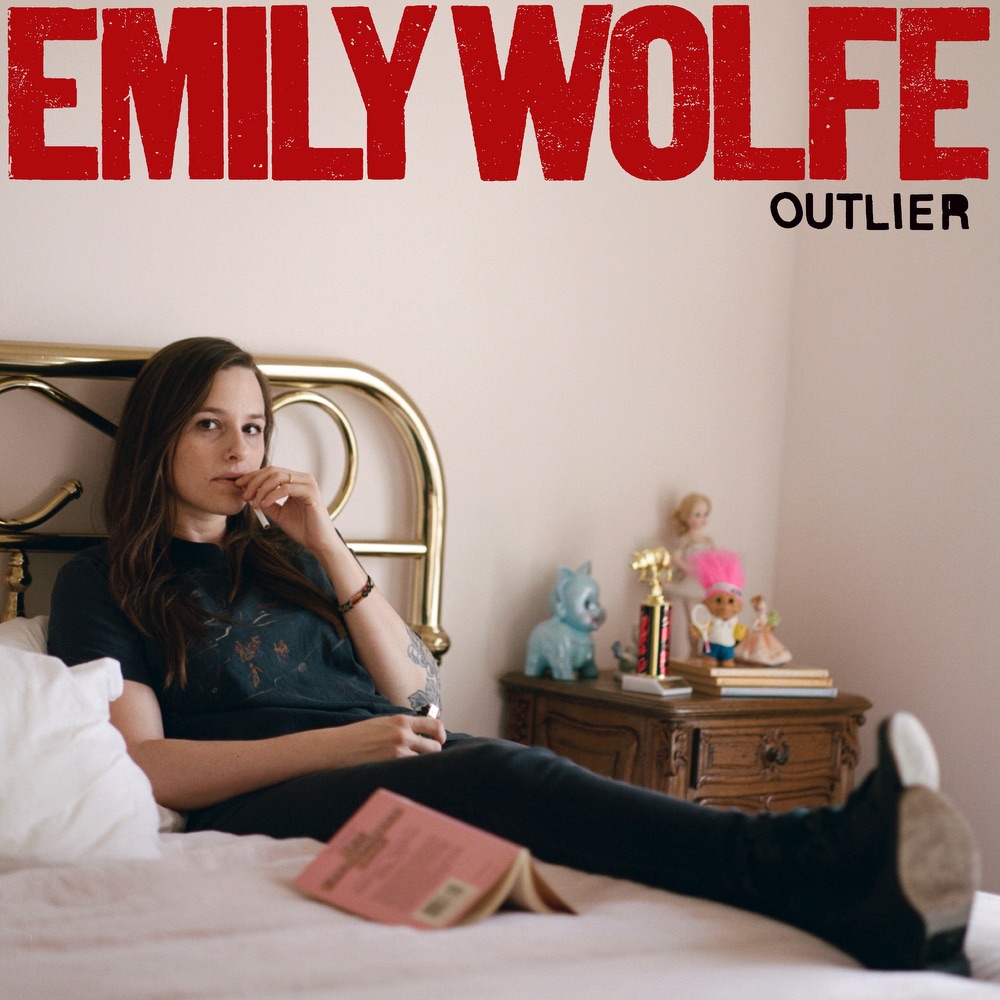 Elsewhere, ‘LA/NY’ unfolds as an emphatic refusal to conform, matching its soulful urgency with an undeniable sweetness, while on ‘Vermillion Park’ Wolfe shares a harmony-laced piece of storytelling threaded with vividly detailed teenage memories. “That one starts out as a song about a relationship I had in high school, but by the end it’s about who I am now and my relationship with my wife, who is really the inspiration behind most of my songs,” she reveals. Closing out with the woozy romanticism of ‘Heavenly Hell’, the album shows off her evolution as a songwriter.

“I reached a point where I thought to myself, ‘Okay, I can shred onstage, whatever. Lots of people can do that, but not everyone can craft a great song,'" says Wolfe. “I’m so used to seeking comfort in a guitar solo, but for this record I wanted to focus on creating songs that will stand the test of time. That’s what really matters the most to me now.” This shift in approach has essentially reshaped her identity as an artist “Making this record aligned with my journey as a person, and helped me grow into someone who no longer sees things in black and white. It taught me that I don’t have to try to fit into one box. I can take the energy of rock and blues, which is very on-the-fly and spontaneous and raw, and blend that with the polish of pop music, where everything is much more intentional. I feel like I’m a totally different musician now than I was five years ago, like I’ve grown into myself. I’m finally able to show people who I am and not be afraid of it.”

'You think she's hit you with everything, then she hits you again. Everything Wolfe does is solid gold, end of story'