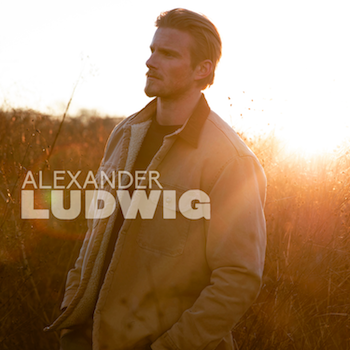 BBR Music Group/BMG proudly announces the signing of a global recording deal with multi-talented artist, Alexander Ludwig. Ludwig’s self-titled debut EP, due out May 21st, is the sound of a longtime musician staking his claim in the genre that’s always inspired him. Produced by fellow songwriters Kurt Allison and Tully Kennedy (both members of Jason Aldean’s band) Alexander Ludwig funnels the talented musician’s love of storytelling into five songs that blend old-school twang with modern muscle.

Inspired by the classic (Alan Jackson, George Strait) and contemporary (Kenny Chesney, Jason Aldean, Eric Church) sounds he grew up with, Ludwig’s forthcoming EP follows his 2020 song, “Let Me Be Your Whiskey,” which he co-wrote with Mike Dulaney (Faith Hill’s “The Way You Love Me”).

“I’ve been drawn to Country music since I was handed my first guitar at nine years old. Life is about the journey and I am so grateful to take these next steps in music with Loba, BBR Music Group/BMG and the community in Nashville and want to thank them for taking a chance and believing in me,” said Ludwig. “I can’t wait to share this music that represents a taste of what I love about Country music.”

“Alexander is one of those rare individuals who excels at everything he does. A big reason is his work ethic. He never assumes anything will be handed to him and his music career is no exception. He’s been a long-time student of the genre and put in the time over the last several years coming to Nashville, spending time writing, learning from industry vets and honing his craft,” said Jon Loba, President, BMG Nashville. “When he first came to my attention, I was hesitant because often times when an actor or athlete wants to cross into music, it’s just a diversion or vanity project. BBR VP of Promotion Lee Adams assured me that wasn’t the case and pushed for a meeting. I’m so glad she did! Alexander is not only a special artist, but a special human being and I can’t wait for all our partners to meet him and hear his music. I like to say I signed him IN SPITE of his acting career!”

In a genre rooted in honesty, Ludwig is the real deal. He is a lifelong Country fan who knows how it feels to roll up his sleeves, get to work and chase down his dreams. And while he’s already found success in Hollywood – with leading roles in Vikings, Lone Survivor, The Hunger Games, and Bad Boys For Life – he isn’t expecting anyone in Nashville to simply roll out the red carpet for him. He’s going to earn it, one song at a time.

Raised outside of Vancouver, listening to Country greats, Ludwig wrote his first song at age 12 and has been writing ever since—imagining each song unfolding like miniature films. After years of fitting as many trips as he could to Nashville to hone his songwriting chops, Ludwig crossed paths with and became fast friends with Jason Aldean bandmembers and songwriters, Kurt Allison and Tully Kennedy, who jumped at the chance to produce his new music.

In addition to working on new music, the well-rounded entertainer recently starred in Bad Boys for Life opposite Will Smith and Martin Lawrence (which smashed box office records and became the most successful film in the Bad Boys franchise). He also plays the lead character in the History Channel’s hit TV series Vikings and is currently in production for his new co-leading role in the Peter Segal-directed TV series Heels for Starz.