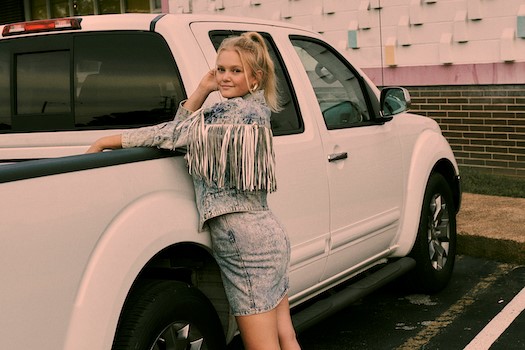 The stripped-down acoustic performance features guitarist Ethan Burks and guest appearances from Brent Cobb who duets on “Glad To Be Here” and Jordan Davis who duets on “The Ride.”

“One of my favorite things to do is sit around a campfire in my backyard with friends and guitars and play music together,” says Whitters. “I’m glad CMT was willing to capture these songs in their natural element.”

LIVING THE DREAM was reviewed on NPR’s Fresh Air, who said the expanded album is “…more proof of how good and how important Hailey Whitters has become,” and adds, “As both a writer and a singer, Whitters has rapidly proven to be one of the most interesting voices in country music.”

Whitters recently wrapped a run of dates with Midland and Flatland Cavalry in Texas, and will continue to tour throughout the summer and fall with stops at Country Boom, Tortuga Music Festival, and dates supporting Jon Pardi and Luke Combs. Find a full list of tour dates at her website.