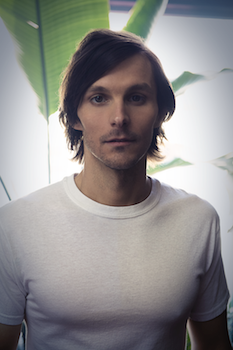 Acclaimed singer, songwriter and musician Charlie Worsham’s new song, “Fist Through This Town,” is out today via Warner Music Nashville.

Produced by Jay Joyce (Eric Church, Miranda Lambert) and written by Worsham, Jeremy Spillman and Travis Meadows, “Fist Through This Town” expresses the anger, struggle, frustration and, ultimately, the love that Worsham has experienced throughout his career as an artist.

Reflecting on the song, Worsham shares, “I think we all go through those times when it feels like the world is against us, and that’s especially true for anyone who dares to chase down their dream. ‘Fist Through This Town’ fell onto the page late one solitary night in a little house I used to rent on Lillian Street. It was fueled by whiskey and a season of frustration, watched over by a painting of George Jones hanging on the wall, illuminated by the glow of hand-me-down lamps. ‘Fist’ was the first time I got that honest with myself about my anger. My hope is that this song can be rocket fuel for everyone else out there struggling to will a dream into existence.”

“Fist Through This Town” is Worsham’s first new music since his 2017 album, Beginning of Things, and furthers his reputation as an artist with “undeniable musical talent” (NPR Music). Released to overwhelming critical acclaim, Beginning of Things landed on several “Best of 2017” lists including Rolling Stone, Variety, PopMatters, Nashville Scene and Vulture, who praised, “a multifaceted talent—a warm, thinking singer, hook writer, and picker—and one of the most well-regarded underdogs in Nashville.” Moreover, The Wall Street Journal proclaimed, “arguably the most blatantly talented multi-threat younger man in country music… a fiery guitar picker; a rangy, affecting song interpreter as a vocalist; and a witty yet compassionate collaborating songwriter” and American Songwriter declared, “one of country’s most formidable dark horses, a quiet contender worthy of the attention and airplay claimed by his less cerebral contemporaries.” 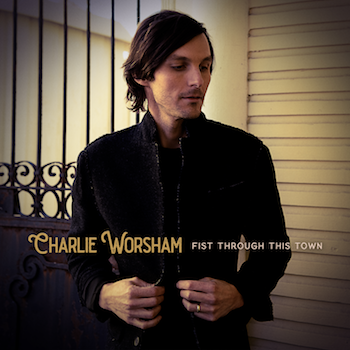