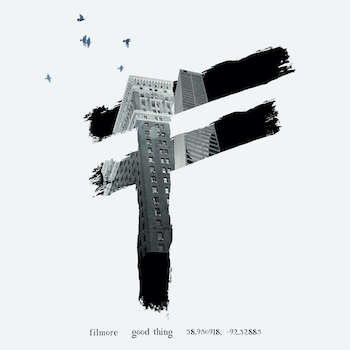 Curb Records recording artist Filmore knows a good thing when he sees it. His new song, “Good Thing,” the first in a batch of new songs Filmore is slated to share in the coming months, dropped yesterday (19/3). Listen to the new track HERE.

“Good Thing” finds the singer recalling sweet memories he shared with a former flame, wondering out loud if she, too, looks back on their time together and realises how good they had it. “My song, ‘Good Thing,’ is about key moments and experiences since I moved to Nashville. The song is looking back at real aspects of my past during my early 20s. It was my first time living in a city by myself and sharing that with another human. All those things are touched on in this song from a very real place,” Filmore says of the track he co-wrote with Geoff Warburton and Zach Abend. “When you look back and reminisce on things, it doesn’t mean that it was bad—you can have a good thing back then and not be with that person now. There’s just different chapters of life, and that’s what ‘Good Thing’ is for me.”

The fresh track follows Filmore’s return to Ballpark Village in St. Louis on March 5th. The Wildwood, Missouri native performed a sold-out, socially distant acoustic show, which followed strict COVID-19 protocol, on the Fox Sports Midwest Live! stage as part of the Hot Country Nights: Homegrown Series, presented by 92.3 WIL, at the home of the St. Louis Cardinals. Filmore headlined the same concert series in February 2020 with a full band and a sold-out, full-capacity crowd right before the pandemic shuttered live events.

The “Slower” singer recently sat down with American Songwriter for their “Drinks With” interview series filmed at the all-new Virgin Hotels Nashville on Music Row to talk about releasing music during a pandemic, his songwriting process, and his favourite tour moment to date. Watch him answer a round of rapid-fire questions HERE. In addition, the singer/songwriter filmed a set of exclusive acoustic performances for American Songwriter’s “Behind the Mic” series, presented by Jack Daniel’s, where he also shared stories behind the songs from his recently released album, State I’m In. Watch the stripped-down “Behind the Mic” performance of his current radio single, “Nothing’s Better,” HERE.

“Groundbreaking” is just one word that can begin to describe Curb Records recording artist Filmore, a Wildwood, Missouri native, who now calls Nashville home. With over 171 million on-demand streams, appearances on NBC’s “TODAY” and The Bobby Bones Show, the singer/songwriter has honed his electric and engaging live show by opening for artists such as Sam Hunt, Blake Shelton, Carrie Underwood, Dan + Shay, Lauren Alaina, and Pitbull; and has rocked performances at Stagecoach, Watershed, CMA Fest and Country Thunder. Song releases like “Slower,” “Love That About You,” and “Other Girl” are resonating with fans thanks to unprecedented streaming boosts, as prior to being signed, Filmore was the first independent artist to be featured on Spotify’s Hot Country cover. Filmore’s new radio single, “Nothing’s Better,” impacted at Country Radio on 2/16/21. F