A Legendary Mix – TOOTS AND THE MAYTALS 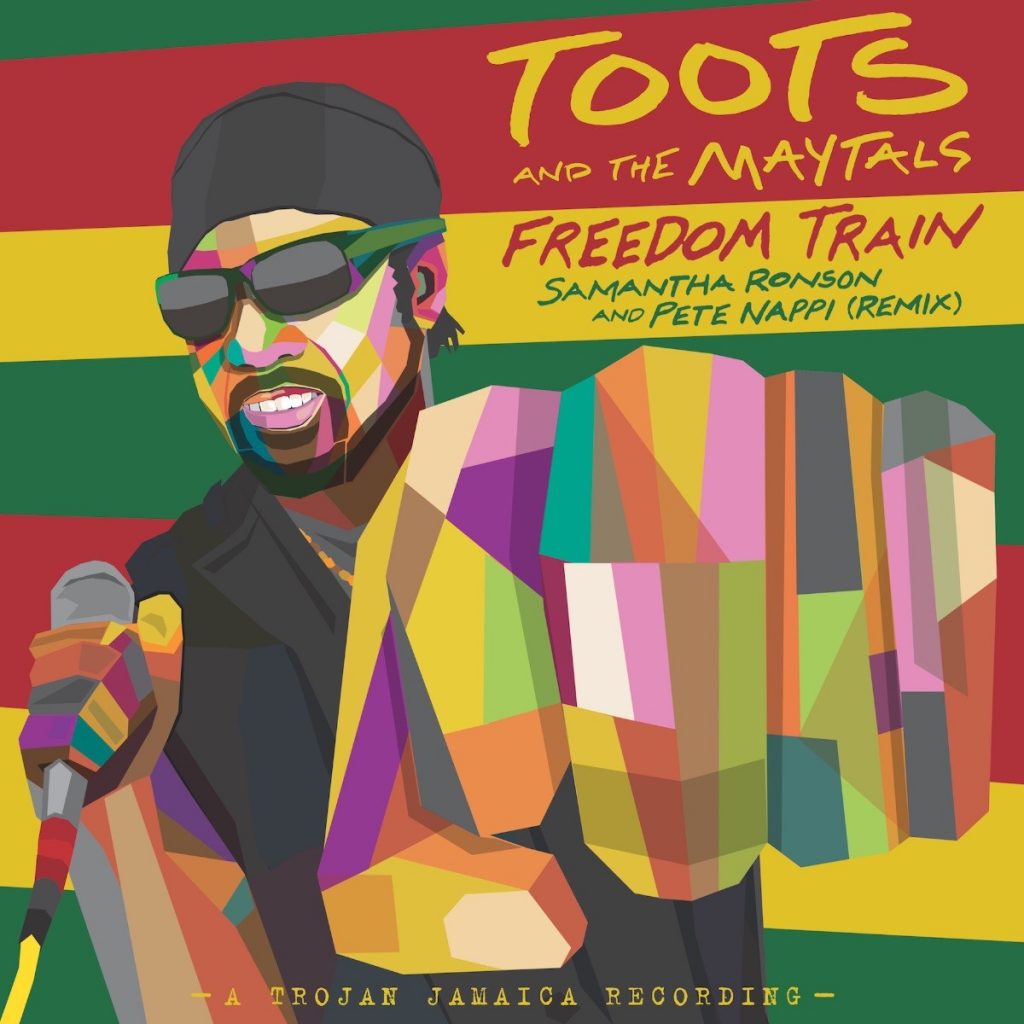 Ahead of the 63rd Annual GRAMMY Awards where Toots and The Maytals are nominated for Best Reggae Album, Trojan Jamaica continue to honor the late and legendary Toots Hibbert with a stellar remix from Samantha Ronson and Pete Nappi of ‘Freedom Train,’ a fan favorite, taken from his latest critically acclaimed, GRAMMY nominated studio album Got To Be Tough.

Toots was a giant and his music will live on, longer than all of us, and we are honored to have been asked to contribute to this project,” said Samantha Ronson.

The track and Henry Stein-directed music video premiered today via FLAUNT Magazine, and is out on all digital platforms from today via Trojan Jamaica/BMG.

Released on August 28 via Trojan Jamaica, Got To Be Tough was his first studio release and come-back album after almost a decade following an accident in 2013 which prompted him to shy away from public life and releasing music altogether. However, thanks to the encouragement and belief from co-producer Zak Starkey and label co-founder Sharna Sshh Liguz, Toots made a welcomed return this summer with one of the greatest reggae albums of our time, which has since been nominated for Best Reggae Album for the upcoming 63rd annual GRAMMY® Awards.

The 10-track collection –produced by Toots, with co-production from Zak Starkey, Nigel Burrell and Youth, and with additional production and artwork by label co-founder Sharna Sshh Liguz– has received critical acclaim around the world from outlets like Rolling Stone, MOJO, Spin, Pitchfork, and even prompted The Big Takeover to call it the “finest album” of the beloved artist’s career — no small feat for a man who already earned the Grammy Award for Best Reggae Album with 2005’s True Love, and yielded more than 30 number one hits in Jamaica alone over the course of his 60-plus years in the business. The group’s 1968 single “Do The Reggay” was the first song to use the word “reggae,” naming the genre and introducing it to a global audience. Never allowing age to slow him down, “Fireball,” as the tireless bandleader was lovingly dubbed, remained a touring institution and prolific songwriter until his final days.