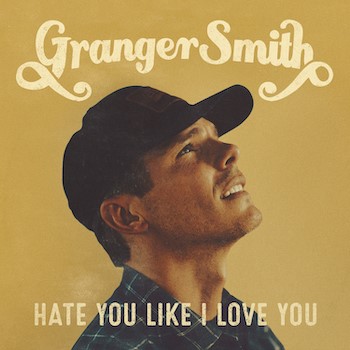 The single is taken from his recently released 10th studio album, Country Things, and the video follows almost a month to the day the single went to US country radio. Directed by the highly regarded director TK McKamy (Thomas Rhett, FGL, Wiz Khalifa, and many more), this music video is unlike anything Smith has ever released and is another example of Granger’s multifaceted talents that never ceases to amaze his peers and fans.

"I love making music videos," says Smith. "I’ve been very lucky to have made a couple dozen and each have been special in their own way, but this one was very different! It was my first all night shoot, first car wreck set, first significant special effects video and first without any singing performance. I’m blown away with the amount of people and preparation that went into this crazy video! I’ve heard a few people say, 'You’re acting is really good!' I laugh. No, no...it was 19 degrees and that uncomfortable look was just me freezing on set!"

The video is full of symbolism and features Granger and his stunning wife Amber as the lead and only characters. Starting off with a car crash, symbolising a heart-wrenching break up, Granger battles between saving himself and pushing away nostalgia of his previous relationship. Fighting the reality with subtle reminder of the love lost, Granger attempts to set fire to the past, but can’t seem to stop following the love he once knew. Guaranteed to give the viewer goosebumps, this video portrays the battle of trying to get over the love and attempt to “Hate You Like I Love You.”

With lyrics like this, Music Row says, “Tuneful and hooky. This extremely well-written breakup song sung with heart sure sounds like a Big Hit to me. Play it.” People also rightfully dubs this track a “fan-favorite” as the single has already organically accumulated 15.6 million on-demand streams to date and is Granger’s number one streamed song daily, surpassing his smash hit “Backroad Song.” The song title “Hate You Like I Love You” may sound like a contradiction, but it really makes perfect sense. They say the opposite of love is not hate; it’s indifference. Hate is actually a close relative of love. It takes the same passion and the same extreme emotional effort to hate as it does to love. This song shows the struggle of turning love into hate as a last resort to get over an unreciprocated love.

The announcement of the single “Hate You Like I Love You” came on the of heels of the successful release the Country Things album, and has already received critical acclaim. According to Billboard, the single is a “standout track” and Wide Open Country says “Smith has a knack for writing songs that are incredibly easy to sing along with and ‘Hate You Like I Love You’ is no different.”

Granger’s music is just one part of his many-sided life. He has his own outdoor apparel company called Yee Yee Apparel in which they have been able to donate over $250,000 to various charities they feel passionate about with the revenue generated from this company. From his family YouTube show “The Smiths,” to well-known alter ego Earl Dibbles Jr., to his No. 1 book “If You’re City, If You’re Country,” to his Granger Smith Podcast, to his hero-honouring documentary “They Were There: A Hero’s Documentary,” to his work with The River Kelly Fund, the chart-topper continues to build a brand synonymous with those who cherish hard work and those who want to live life to its fullest.